Beijing wants more water. Their solution: a tunnel up to a thousand meters deep that links to a 1,400 km channel

If China has shown anything over the last few years, it is that it loves XXL format infrastructures. The country of the Great Wall is also the country of impossible bridges, heart-stopping power plants and huge skyscrapers. Even takedowns are done there in a big way.

Now the Asian Giant wants to build a new structure that will give even more luster to that titanic list: a kilometric tunnel that will allow the completion of a channeling system to carry water from the Three Gorges Dam – another of its great technical feats – to Beijing, two dots separated by more than a thousand kilometers away. And that, eye, in a straight line.

The Executive’s plans have been revealed by the South China Morning Post and point to a real display of hydrological virguería. The idea is to build a huge tunnel between the Three Gorges Dam and the Han River, a major tributary of the Yangtze. When the water has reached the Danjiangkou Reservoir, located in the lower course of the Han, it will continue its journey towards the northern region of the country, towards the capital, through an open channel.

The Hong Kong newspaper does not provide too many details about the underground section, but on the map at least the Three Gorges and Danjiangkou are separated by about 200 kilometers. 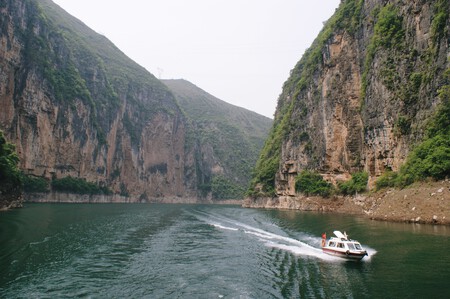 The EFE Agency does reveal some data to the elderly. According to the information it handles, the underground conduit —baptized Yinjianguhan— will have some measures that will put Chinese ingenuity to the test: 194.8km long with a depth that, in certain segments, will reach almost a thousand meters.

As a guide, the South China Morning Post details that currently the longest water supply tunnel in the world is the Päijänne, in Finland, with an extension of 120 kilometers in bedrock and up to 130 meters deep. “The one in Yinjiangbuhan is about twice as long and some parts will go up to 1,000 meters underground,” he says.

To give shape to the Chinese structure, it will take approximately nine years of work and invest around 60,000 million yuan, about €8.7 billion.

After covering the distance from the Three Gorges Dam to the Danjiangkou Reservoir, the water will still have to cover the second part of its long journey: it will be channeled through the middle line of the South to North Water Diversion Project. to continue towards the north of the country, an open-air channel of around 1,400 kilometers to the Chinese capital.

“The Yinjiangbuhan Tunnel will establish a physical connection between the Three Gorges Dam and the South to North Water Diversion Projecttwo critical infrastructures for China”, says the president of the Institute of Exploration and Studies of Changjiang, Niu Xinqiang.

The South-North project is a mega-structure that China put on the table decades ago with the purpose of taking water from the rivers of the southern region and supplying the arid northern areas. To achieve this, it is divided into three lines: the eastern, western and central lines. Perhaps the most strategic of all is the last, which starts in Danjiangkou, in Hubei province, and runs northwest until it reaches Beijing and Tianjin. It started supplying water already at the end of 2014.

Why such an effort? What is China pursuing with titanic works that also require a significant deployment of resources? In summary: a more balanced distribution of the water resources that the country naturally has, in which it is common for the east and south to suffer from floods while the western and northern areas are limited by lack of water.

It is estimated that if all the tunnels and canals that China is building or has planned for the diversion of water were added, a vast network of 20,000 kilometers would be obtained, an enormous and above all expensive tangle with which China wants to strengthen its primary sector: with They expect to increase their annual food production by more than 540 million tons.

The goal of the new tunnel would be precisely that: to boost food production and the economy.

Nightdive Studios seems to have more FPS remasters on the way - Ruetir.com

Sony believes it will take several years to compete with the Xbox Game Pass | Ruetir.com

The spiritual beings of The Rings of Power: what are the Valar or the Maiar