Despite the fact that we have been exploring the Martian soil for several years, the reality is that, until now, we have not managed to bring anything from Mars to Earth, which would allow a more exhaustive analysis of the collected samples. NASA has a plan to remedy it.

NASA has modified the Mars Sample Return Program aimed at bringing back rock samples that the Perseverance rover has been drilling and collecting from Jezero Crater.

And it is that instead of sending the Sample Fetch rover to the red planet, as originally planned, the program will use Perseverance itself and send two Ingenuity-based helicopters as backup.

The original plan was to send the Sample Fetch Rover, made by ESA, to retrieve the samples and drive them to a rocketwhich would lift them up to be picked up by the Earth Return Orbiter.

However, as The New York Times points out, the rover’s design became too large to the point that it could no longer fit on a single lander with the return rocket. NASA would have to use a lander for each of them.

But why do that when there are other more affordable options? The Sample Return Lander is not scheduled to reach Mars until 2030, but NASA is confident that Perseverance will still be operational by then; After all, the Curiosity rover is still running nearly 11 years after its launch.

Under the new plan, the Perseverance will approach the lander to deliver 30 rock samples to be loaded onto the rocket.

However, if something goes wrong with Perseverance before then, the lander will settle closer to the rover and then support helicopters will fly in to retrieve the samples.

Although the helicopters are modeled after the Ingenuity, they will have small wheels on the bottom. These will allow them to get closer to the samples that are sealed inside the tubes and pick them up from the ground where the rover has dropped them. 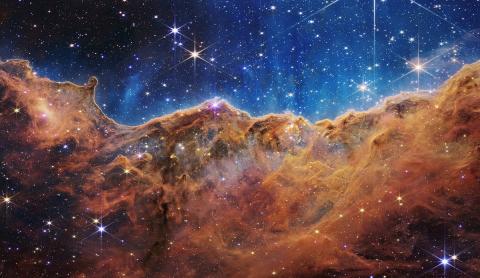 There Are More Images From NASA’s Webb Telescope Than Anyone Shows, And They’re Much Better

It was also supposed to it was only going to fly a handful of times during a month-long tech demo, but has achieved 29 successful flights so farwith more on the way.

The success of the device has provided NASA with another means of recovering the valuable samples Perseverance has been collecting.

The Earth Return Orbiter and Sample Launcher will lift off in the fall of 2027 and in the summer of 2028, respectively. Their journey to and from the red planet will take years, so the samples aren’t expected to reach Earth until 2033.

The Last of Us series debuts its first full trailer, and it’s as disturbing as we expected

MediaMarkt is ahead of Amazon: these are your best deals of the week

All the premieres of HBO Max in August 2022: The house of the dragon, Misfits, Pennyworth...

The new Sony Xperia Pro wants to be a photography monster

Where is it cheaper to buy an iPhone 14?