Chivas: “What Ricardo Peláez does has no name”: Fans ask for the manager’s dismissal

Last night, fans of Chivas they were left with the cry of victory drowned out by a last second goal.

Guadalajara could not with the last place of the General Table, because allowed Querétaro to tie the score when the Day 5 match ended, which prevented them from celebrating the first victory of the Opening Tournament 2022. In social networks, the chivahermanos silenced the emotion and they changed it for claims against the team, the players, the coaching staffand asked, as has become customary, the departure of Ricardo Pelaez of sports management.

“A team with millions of fans aimlessly”wrote the user @PinchePillo15, who also emphasized that “the hardest thing for these Chivas is that it can still be worse.”

Fans are tired of the Flock “having been a run-of-the-mill team for years. Removing 2017, we have been justifying the CT directive and players for 10 years,” wrote on Twitter @Javi_DeJesu; they are upset because “the managers should be out. Stop inflating medium players who pay them like stars,” he said for his part @ JuanCar1268, who used the hashtags #FueraPelaez and #Chivas.

Everything was exciting when Alexis Vega recovered a ball in his own area and took it down the field at full speed, accompanied by a rookie Sebastián Pérez Bouquet, who managed to beat goalkeeper Antonio Rodríguez and scored his first goal in the First Division; then came the tie in the final stretch of the first half, when Ariel Nahuelpan sent the ball to the back of the net with an accurate header.

At minute 79, the referee awarded a penalty to Chivas, who regained the lead thanks to Alexis Vega, but when the fans were already celebrating the first win in a long time, debutant Santiago Ormeño committed a foul in the area, which led to another penalty kick for the Gallos Blancos who managed to match the result thanks to Mario Osuna at minute 90. 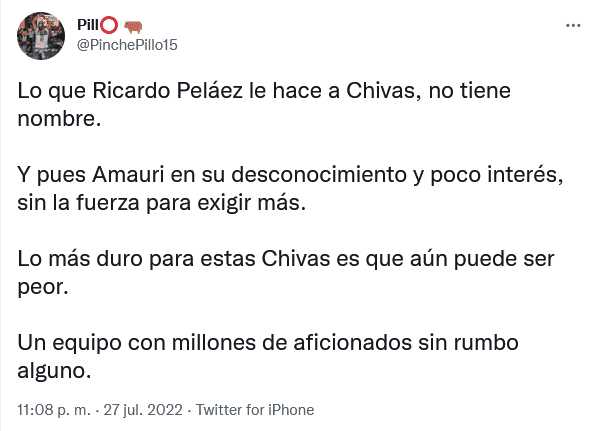 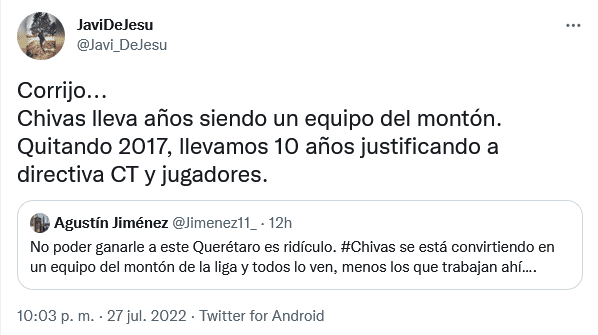 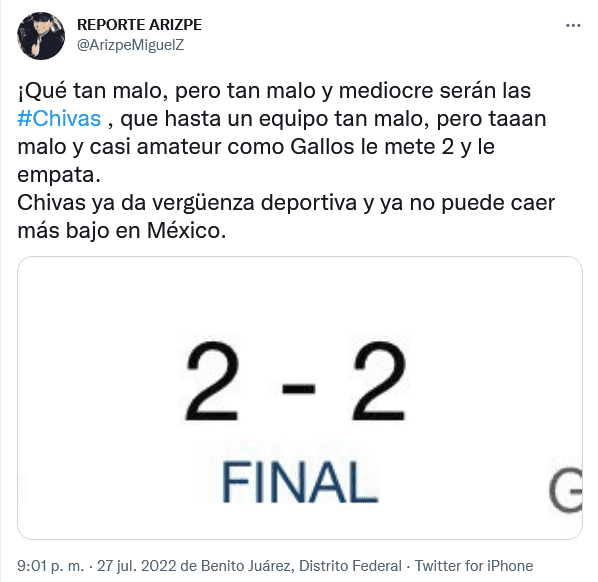 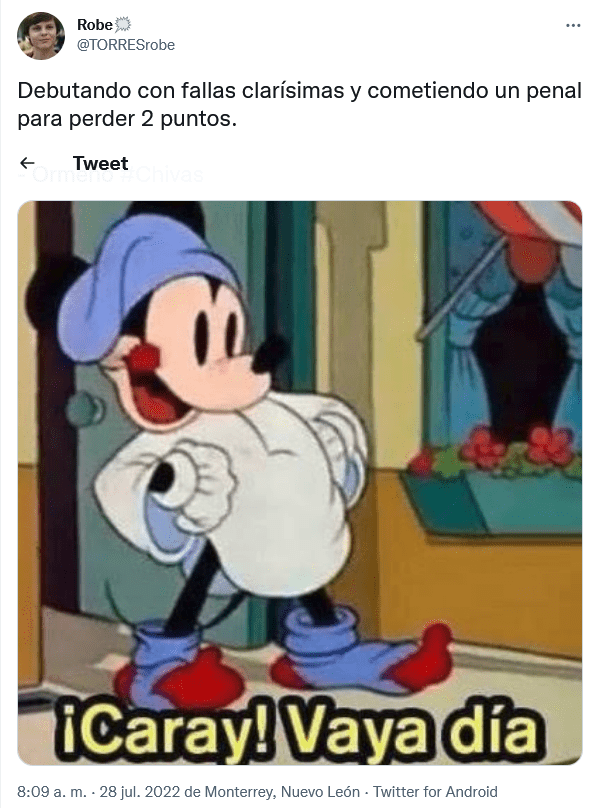 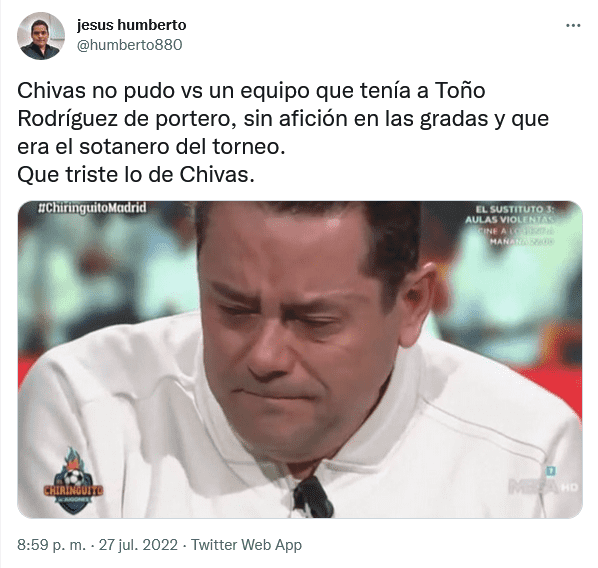 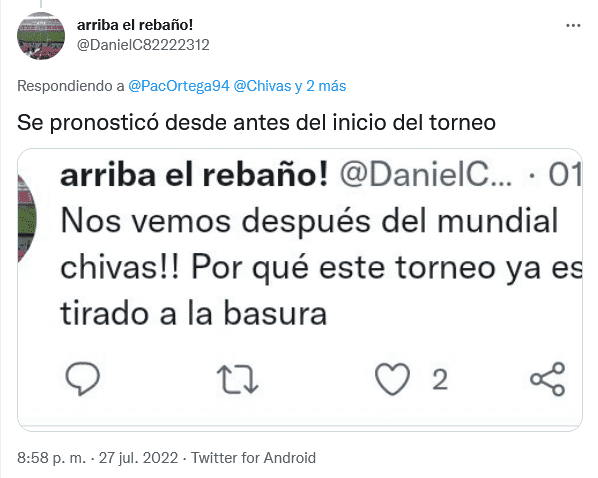 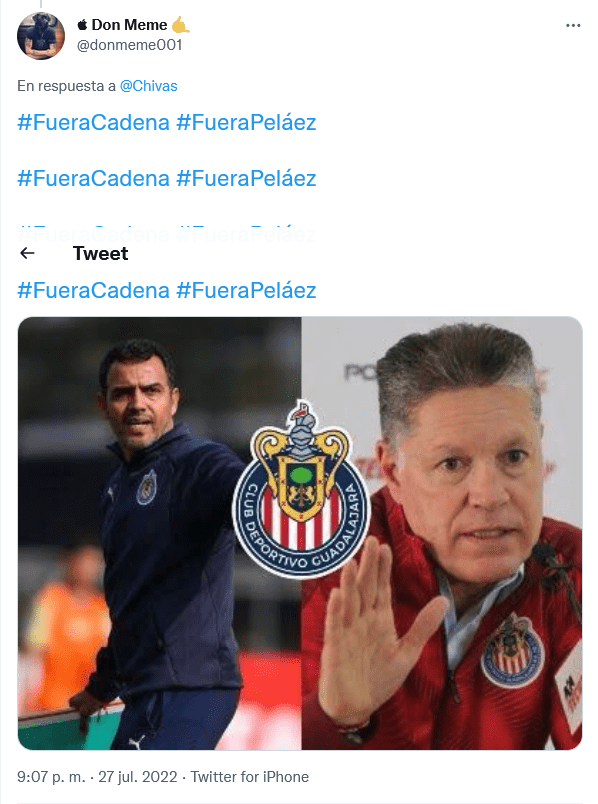 Chivas: Ricardo Peláez is attacked by a fan after the team’s arrival in CDMX (VIDEO)

Aspirin may reduce the risk of ovarian cancer

Catch Me!: The early access of the 4-player catch game is here

Fuel: how to get the excise duty refund

In the next chapter of ‘Tierra Amarga’: Abdülkadir aborts his plan to finish off Hammine