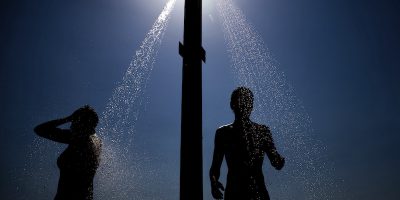 The administration of the city of Hanover in northern Germany has banned the use of hot water in public toilets and showers in swimming pools, sports halls and gyms to reduce gas consumption following Russia’s major cut in supplies and in view of winter. Again to save energy, he announced that he will also turn off the public fountains and, at night, the lights of some large buildings in the city such as the town hall and the museums that had remained lit up until now.

Other new regulations stipulate that house heaters must remain off from the beginning of April to the end of September, and that in the rest of the year the temperatures in the houses do not exceed 20 degrees. Portable air conditioners were also banned. The mayor, Belit Onay, said the goal is to reduce gas consumption by 15 percent as recommended by the German federal government, which has already anticipated an increase in the cost of energy to citizens in the near future.

On Tuesday, before the flow rate of the Nord Stream 1 gas pipeline – the main link for transporting natural gas to European countries – was reduced to just one fifth of the maximum, the countries of the European Union had reached an agreement to reduce gas consumption. 15 percent natural between August 1, 2022 and March 31, 2023.

First advance of Oppenheimer, Christopher Nolan's film about the creator of the atomic bomb

Motorola confirms the large secondary screen of the Moto Razr 2022: what do we know about the foldable that will rival the Galaxy Z Flip

Di Battista: “I’m not applying, many in the M5s don’t want me”

Free Play Days: adventures, action and RPG between the games to play for free this weekend with Xbox Live Gold