Moncler, war is not scary: revenues and profits fly 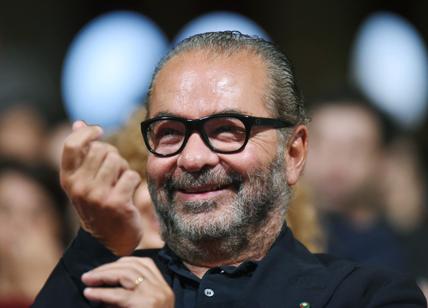 Moncler, revenues up 46% in the first half

“Also in this first half of the year, in a context of strong macroeconomic and geopolitical instabilitywe have exceeded our expectations, recording 918 million euros in turnover and growth 46% at constant exchange rates. We also reported excellent operating margins and solid capital and financial ratios, thanks to the contribution of both brands, Moncler e Stone Island“. Like this Remo Ruffini, chairman and chief executive officer of Moncler, commenting on the group’s half-year data.

“In a scenario that continues to be characterized by uncertainty and volatility – underlines Ruffini – let’s start what for us is the most important part of the year with confidencestrengthened by our strategy and the operational flexibility that has always distinguished us, together with one financial solidity and a clear vision oriented towards continuity strengthening of brands“.

This year, the patron of Moncler also recalls, there are also two important anniversaries: 70 years for Moncler and 40 years for Stone Island, “which – he assures – we are preparing to celebrate in the coming months with various initiatives and above all many projects for the years to come, aware that there is no future without a past and that there is no past that is enough for the future “.

Center-right, Salvini: “The names of important ministers before the elections”

Lauretta of miracles, Boldry returns in search of a seat

Piombino, the Russian anti-gas ship is a danger: the green transition stops

Anti-fascist crimes: a date for those who were killed after the war

Obsessive and insistent courtship: that’s when it can lead to a crime

Campari returns as a protagonist at Biennale Cinema 2022

Santambrogio (VéGé): “Supermarkets are collapsing, there will be more increases”

Gas, Eni: “Methane flows from Russia to Italy are zero”

Bills and inflation: crack at the table of 575 billion. Agribusiness ko

Banca Generali to Mediobanca in the Guggenheim operation. The knots of the deal

WhatsApp is rolling out improved link previews for statuses

This is how Super Mario Galaxy 1 and 2 were born, the day Mario went to space