Resolved doubt: is insurance mandatory on an electric scooter?

Because far from its stagnation, electric scooters are becoming more and more a common sight in the big cities of our country. With the rise of sustainable mobility and the appearance of models with more than interesting features and very competitive prices, which were previously no more than toys and mere curiosities promise to become a serious alternative to the most common means of transport.

In those, when the new General Vehicle and Circulation Regulations came into force, vehicles such as electric scooters are already prohibited from circulating on the streets. sidewalks and pedestrian areas. Nor can they do so through urban tunnels or crossings, interurban roads, highways and highways, even if they are in a town.

And it is that, despite still having certain problems of legal regulation, the scooter has a number of features that make it very interesting for an increasing number of people. Not only are they very easy to handle and store, but they will allow you to save a lot of money on gas and move easily even when there are traffic jams. And that’s where insurance comes in; what do we have with them right now?

It’s not mandatory yet, but…

With everything, and as a result of all the regulations that move between city councils and road agencies, everything indicates that the regulation of scooters will not end with the new regulations which came last March. With the reforms that have been made so far, the DGT has tried to increase the safety of this type of vehicle on the streets, but the probability of accidents is still very present.

Therefore, when asked if it is mandatory for our electric scooter to have insurance, we will tell you that yes, but with nuances. Because according to Spanish regulations, civil liability insurance is only mandatory for motor vehicles. Electric scooters fall within the so-called Personal Mobility Vehicles (VMP) and are not considered motor vehicles so, today, do not require any insurance nor circulation permit. 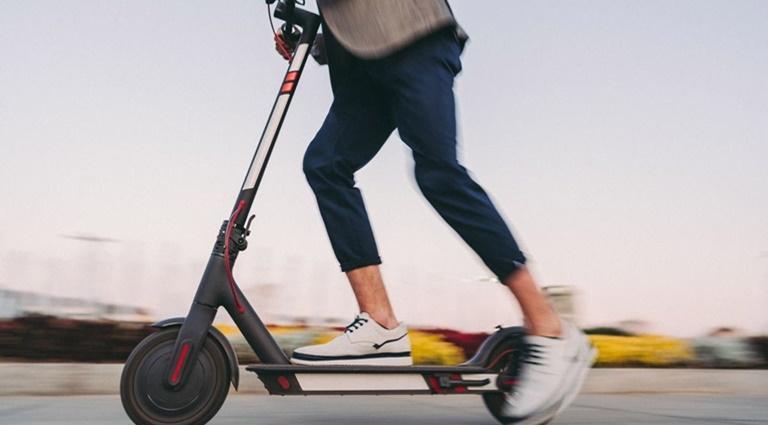 From the other question, we will tell you that this situation will not take long to change. The General Director of Traffic, Pere Navarro, has confirmed that compulsory insurance for scooters and other VMP “is already on the agenda”. Some cities such as Barcelona, ​​Valencia, Palencia, Benidorm, Pozuelo de Alarcón or Mahón have anticipated the regulations and already require a policy from users of electric scooters. But yes, it is more advisable to have insurance.

It is more than recommended

Likewise, with the reform of the Traffic Law last March, what we do know about the legislation of scooters is that users are obliged to wear a helmet.

However; So why take out insurance if it’s not mandatory? The main reason, and the most obvious, is that as it is a personal mobility vehicle that allows the user to circulate through the streets of the city, there is the possibility of accidentsboth own and third parties.

Hence, like any other means of transport, scooter users can be victims of insecurity and suffer the theft of it. In this type of scenario, the electric scooter insurance can offer us different coverages, among which is Civil Liability, assistance outside the home and coverage before damage and theft. Similarly, depending on the company with which the policy is contracted, users can access coverage for legal defense and medical expenses.

Beware of these TikTok scams and scams

Persona 3 and Persona 2 are the most requested remakes by fans in the Atlus survey, complete top 10 – Ruetir.com

Nancy Pelosi has a long history of fighting China – Ruetir