In Japan, the death sentence was carried out on a man who killed seven people in Tokyo 14 years ago – Ruetir 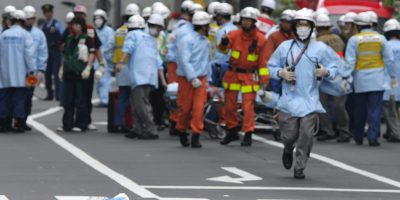 Japan was sentenced to death by hanging on Tuesday of a man who stabbed and killed seven people in Tokyo 14 years ago, state TV and other Japanese media reported. The man was named Tomohiro Kato and he was 39 years old. He was killed in the prison where he was being held in the capital. His was one of the most serious attacks in Japan, in a country where few violent crimes generally occur.

In June 2008, Kato drove a truck to Tokyo’s Akihabara district, which he knew was very popular for shopping. After trying to run over several people, he got out of the vehicle and armed with a knife killed 7 and wounded ten others. He told the police that he had no particular reasons for the violence: he only added that he was “tired of life” and that he had headed to Akihabara with the intention of “killing people”. He was sentenced to death in 2011 and in 2015 the country’s Supreme Court upheld the decision.

Japan and the United States are the two G7 countries where the death penalty still applies. Those sentenced to death wait many years before the execution, which is very often communicated to them at very short notice, even a few hours before. In 2021, two prisoners awaiting execution had sued the government, judging this practice inhuman and unconstitutional. The practice has long been condemned by several human rights organizations, including Amnesty International.

The EU finds agreement on gas cutting: 15% reduction in consumption

Amazon Prime will increase its rates in Spain from September

MediaMarkt's Martian deals: These are the seven best tech bargains you can still buy

Diablo IV moves away from the controversies of Diablo Immortal: Blizzard details the monetization of the long-awaited installment