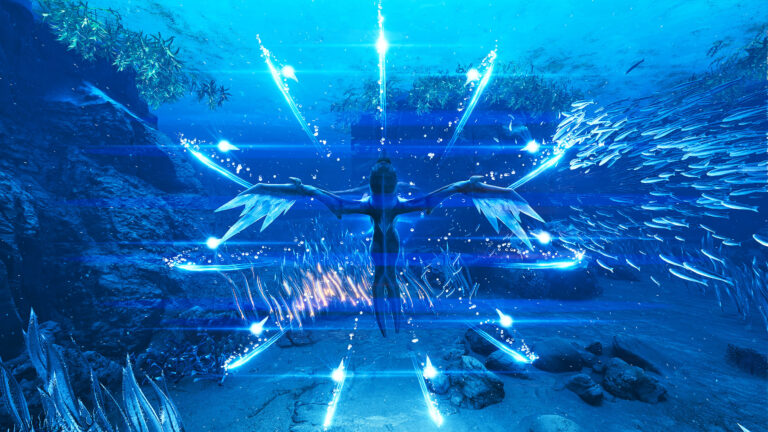 Studio Snowblinda newly established independent Japanese firm, officially announced its upcoming product: Glaciered. As far as the studio in question is concerned, it is important to underline that it is (despite being a very young studio, in fact it was “founded” only in May) of a developer with a very respectable curriculum; its founder is Kei Shibuya, who previously worked on games such as Project Nimbus: Complete Edition and Sumire, as well as various titles from the PlayStation 3 and Xbox 360 era The game in question looks really interesting even at first glance. In fact, it is already the plot that whets the player’s appetite and curiosity; set 65 million years ahead in the future it is a sci-fi that tells of a land now entirely covered by glaciers and in this context it is easy to imagine how intriguing the dynamics of the game can be.

Unfortunately, aside from the announcement of the release on PC via Steam, no release date has been revealed and not even a generic launch window, but on our side we have a trailer reveal (which we leave you at the bottom of this article) and an overview of the game via the page Steam official title. Here it is below:

Glaciered takes place on Earth 65 million years into the future, where the “Everwinter” has transformed the planet’s surface into a giant sheet of ice and life continues to survive beneath the glacier-covered seas.

Aquatic plants grow from the skies of glaciers and colorful, bioluminescent fish illuminate the sea floor. A new species thrives in this new golden age of life. They are the Tuai, descendants of birds and successors of the dinosaurs. The superior intellect and unique metabolism they have developed over millions of years have ensured their prosperity in this frozen environment. The great ice age that fuels this bountiful ecosystem will survive as long as Everwinter persists. Play as a Tuai as you fight against what has come to threaten Everwinter.

Glaciered offers dynamic real-time combat that combines melee and ranged attacks with special abilities. Unleash the power within the Tuai bird and dinosaur lineages and harness their ability to control heat and cold.Build your character by combining various skills and passive abilities such as high-speed swimming that creates supercritical water tunnels, blades of time crystal and more. Discover unique ecosystems scattered across an ocean Earth 65 million years into the future. Visit prairies that grow from frozen skies, swim past schools of thermophilic fish that cover the seabed, and repel members of the Crocodilia family who have been freed from the grasp of gravity and grown to enormous size. Gled supports NVIDIA RTX capabilities. Experience the Earth of the distant future in 4K, enhanced by ray-tracing and DLSS, with 8K textures used for the main characters.

In short, the conditions for an interesting and successful game are really all there, we just have to wait for updates from the developer itself. We stay tuned. In the meantime though, did you know that developer Firaxis has released a new short trailer for Marvel’s Midnight Suns?

Paradise of the Ladies: do you remember Alessandro Tersigni? Here it is today

The Lord of the Rings: Gollum is postponed by "a few months" • Ruetir

Age of Empires will celebrate its 25th anniversary by delivering FREE new maps, biomes and challenges to AoE 4 players | Ruetir

When do they pay the Labor IFE in October and what is the amount I will receive?