This is how a Mario Kart race would look like in the real world, and with a lot of imagination 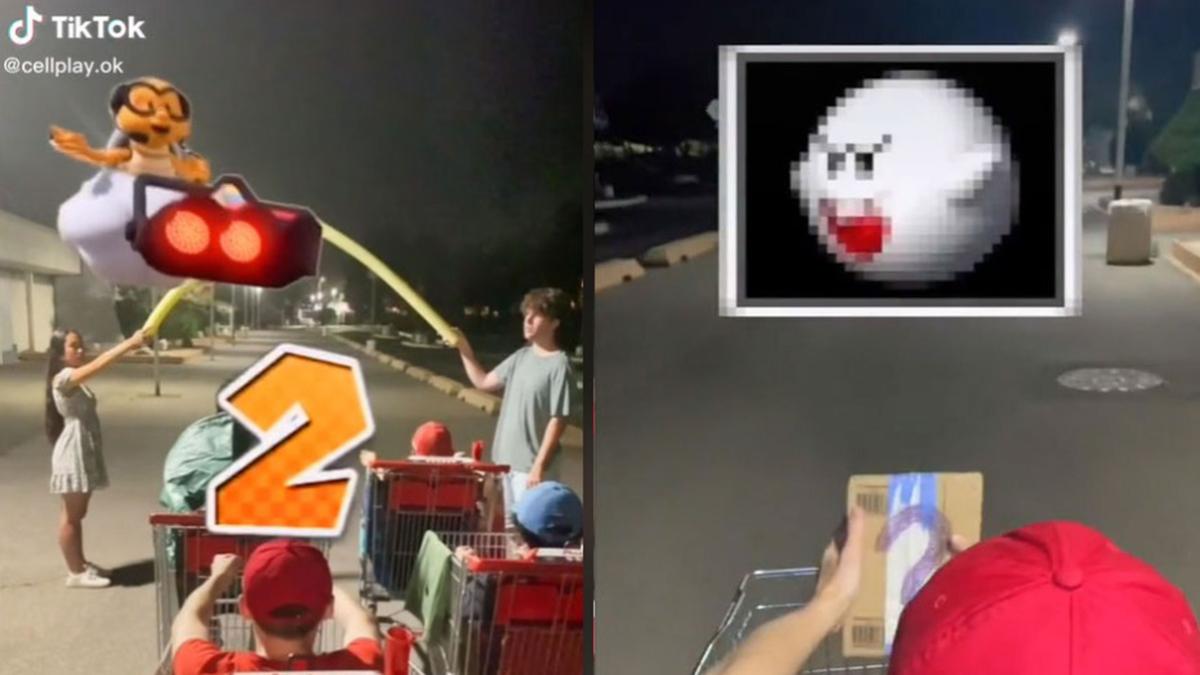 There is no doubt that the Mario Kart license is one of the most famous that Nintendo has, a console seller that is not lacking in any of the Japanese company’s hardware releases, and that it has recently released an expansion for Mario Kart 8 Deluxe and which is delighting users.

And the pronounced popularity of the title can also be seen on social networks on sites like TikTok, where a group of users has created a hilarious Mario Kart race with supermarket carts and a lot of imagination.

As you can see in a clip that already has more than 650,000 reproductionswe see four young people disputing a Mario Kart race but using the shopping carts.

In addition, there are elements of the license such as Lakitu at the beginning of the race that appear superimposed on the video along with other details such as characteristic objects such as banana peels, coins or shells, among others.

The young people also simulate the behavior of the characters that usually participate in all iterations of Mario Kart, both at the time of victory and defeat, showing Nintendo that this license needs a new installment since many years have passed. since the launch of Mario Kart 8 Deluxe on Nintendo Switch.

Meanwhile we are going to have to settle for these clips that the user community makes from time to time thanks to the latest technologies.

I am Groot is going to be the bomb!! First images of the animated series

Pokémon GO players continue to be disappointed with the pack of 1 Pokécurrency - Ruetir.com

Super Mario Bros 2: These are the 10 curiosities of the “worst” Mario game

Banks: what happens if I die and I have money in my savings account?