Every time a new video appears with a robot performing some task without problems, jumping some obstacle or running freely, many of us feel a fear that makes us say: “Doesn’t any of these scientists know that this is how Skynet from the Terminator movie started?”

Fear that can be classified as childish or unfounded, but that grows even more with situations such as that of a Russian man, who came up with the brilliant idea of ​​attaching an assault rifle to a robot dog, which seems to be ready to leave. to kill.

You can read: Ameca, the robot with facial expressions that looks like something out of a movie

In fact, the video was originally posted on the YouTube account of Alexander Atamov on March 22, 2022, who posted a photo of the robot dog on March 21 on Facebook. Robot dog that according to the Facebook translation of his post, he called “Skynet”.

As reported from the Vice.com site, the video became viral only now, since it began to circulate on Twitter where it has had millions of views. In the video, the Boston Dynamics-style robot dog can be seen firing a machine gun at targets amidst a snowy background. 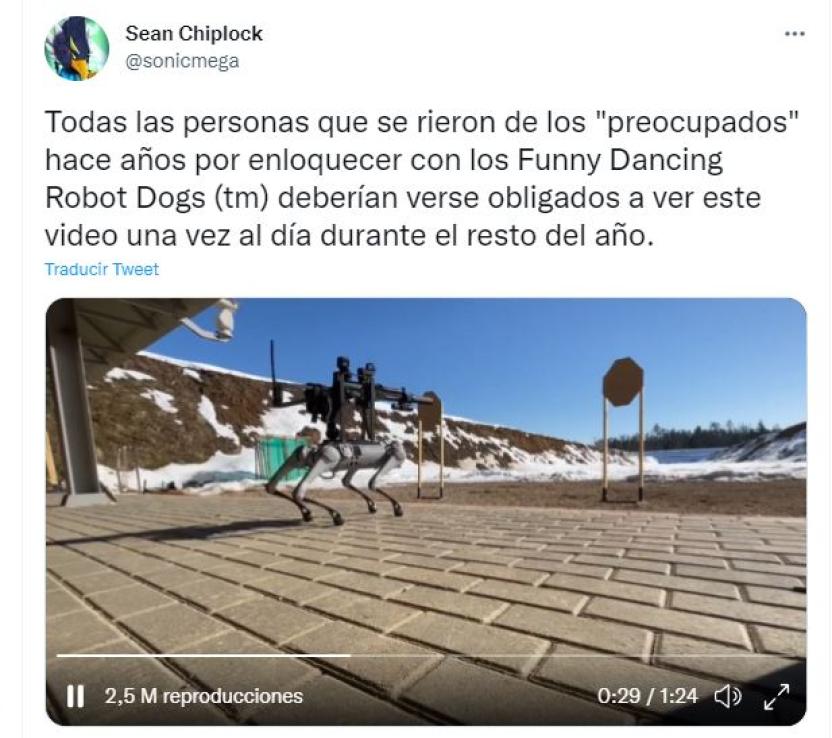 Something that gamers also reminds us of the Boston Dynamics robot dog (called Ranger) from the Battlefield 2042 game, which is precisely equipped with a machine gun and can even be petted like any other pet.

A sample that reality often surpasses fiction, even in artisanal ways such as those of this lover of weapons and, apparently, robot dogs.

Batman leaves everything? DC Comics shows the most relevant turning point for the character

New film in the Predator saga was inspired by the video game God of War, according to its director | Ruetir

They discover a hidden area in Nier: Automata five years after its launch | Ruetir