Droupadi Murmu, the first indigenous person to fill this role, was elected president in India – Ruetir 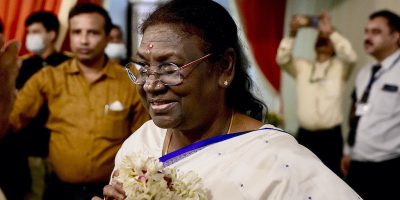 Droupadi Murmu was elected 15th president of India. Murmu is 64 years old and belongs to the Santhal tribe: she is therefore the first person “adivasi” – that is, belonging to one of the indigenous peoples of the central area of ​​India, who have historically remained outside the caste system – to hold this position. She is also the second woman to become president in India, after Pratibha Patil who she was from 2007 to 2012.

Murmu was elected with 65 percent of the votes of all members of parliament and representatives of state assemblies, beating opposition candidate Yashwant Sinha. It received 64 percent of the vote: it was supported by the ruling Hindu nationalist coalition, Democratic Alliance, whose most important component is the conservative party Bharatiya Janata, of which Murmu has been a member since 1997. He will take over from Ram Nath Kovind, who he was elected by the same coalition in 2017.

In India, those who hold the role of president have mostly ceremonial powers, similar to those of Italy, because executive power is entrusted to the prime minister and the government. However, it retains an important role during political crises, for example when a legislative election produces a parliament without a clear majority: in this case it is up to him to decide who should form a new government.

Rick Sanchez is the next MultiVersus character

Canelo Álvarez: Return to these routines before the fight vs. Golovkin