Kylian Mbappé and Sam Kerr are the FIFA 23 cover athletes

“Both Kylian and Sam are generational talents, and having them on the covers of the latest FIFA is a monumental moment not only for the franchise, but for EA SPORTS as a whole,” said David Jackson, Vice President of Brand for EA SPORTS FC. “FIFA 23 is our most innovative and feature-packed title to date, and we’re excited to have two of soccer’s greatest players share their love of the game with fans around the world.” 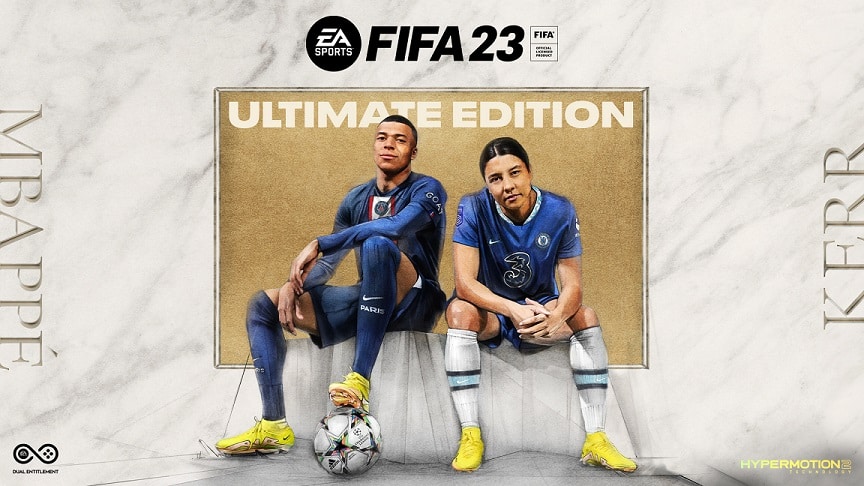 Chelsea FC striker Sam Kerr is one of the sport’s most talented stars and FIFA 23 marks Kerr’s first FIFA cover. As captain of the Australian Women’s National Team and the only player to have won the Golden Boot in three different leagues, on three different continents, Sam is without a doubt one of the best footballers playing anywhere in the world.

“It is an honor and a dream come true to be the cover of FIFA 23.” Sam Kerr said. “It’s been amazing working with Kylian and the entire EA SPORTS team, I can’t wait for the fans to finally get their hands on the game.”

Paris Saint-Germain striker and global icon Kylian Mbappé graces the cover for the third year in a row, becoming one of the chosen few to achieve this achievement. At just 23 years old, Mbappé is one of the youngest and brightest football stars on and off the pitch, representing the best of a new generation of phenomenal football talent.

“I am delighted to have been selected to be part of the EA SPORTS FIFA cover for the third time, and I am even more excited to share a cover to honor women’s football with a great footballer like Sam Kerr,” said Kylian Mbappé. “As a huge fan of the game, I’m excited for the latest FIFA and can’t wait to see all of you on the pitch.”

The FIFA franchise has been produced by EA SPORTS for 30 years, offering unrivaled authenticity and immersion, giving gamers the opportunity to take the pitch with the biggest leagues, clubs and athletes in the world of soccer.

Fans will be able to watch the global reveal trailer on July 20 at 10am MX/CO / 11am CL / 12pm AR, learning more about the most innovative and connected edition of the franchise yet.

108 megapixel camera and 5G: this Xiaomi has a great discount today

The permanent crisis of the health system

Dark Souls Archthrones, the mod that adds 5 new areas, enemies and mechanics from Demons Souls to DS3 is shown in new images