Gamers are repelled by NFTs and are not interested in “play to win” titles, according to survey | Ruetir

For months, while cryptocurrencies continue in a prolonged debacle and NFTs have been victims of controversies such as scams or hacks, many users have tried to stay as far away from this type of platform.

You can read: PlayStation announces rewards program with digital collectible prizes that they claim are not NFT

And not only that, but many gamers have a complete disdain for these digital items, as well as “play to win” games that base their mechanics on cryptocurrencies and non-fungible tokens.

Something that we can confirm thanks to a survey carried out by the firms Globant and YouGov, which had a total of 1,000 adult American participants, dedicated to gaming. According to the data from this survey, 81% responded that they had never purchased an NFT. 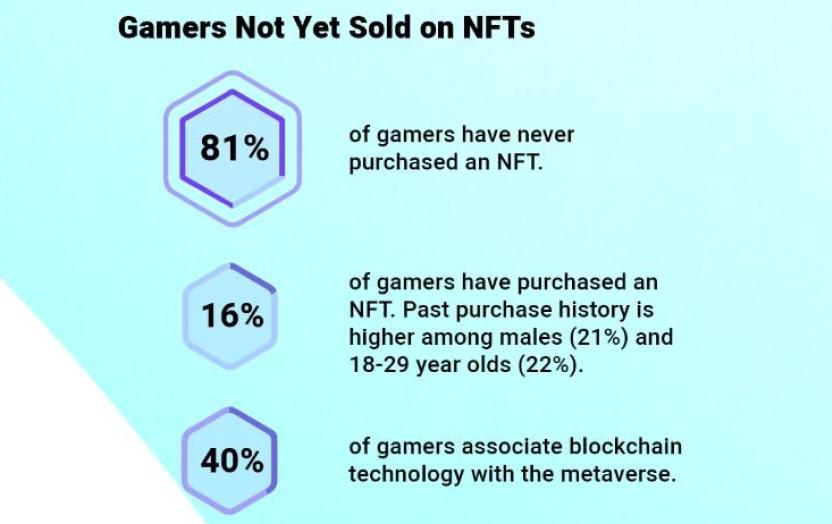 In addition, among the results of the study, it was revealed that only 16% of gamers bought a non-fungible token, with men (21%) making the most purchases, most of whom were between 18 and 29 years old.

To finish, the survey indicates that 49% of the gamers consulted indicated that they are interested in playing their video games and not earning money for it, although 40% would consider the possibility of both.

Lot 192: everything ready to officially pass to Petroperú

Bayonetta’s Funko is included in this mystery box, among other content – ​​Ruetir.com