Chilean student presents thesis based on Jojo’s Bizarre Adventure and his teacher indicates: “Don’t let it be said that you can’t get a degree thanks to anime” | Ruetir

Jojo’s Bizarre Adventure has generated news on social networks and not because of some new release of the popular anime, but because a thesis of a Chilean university student was based on this beloved adaptation of the manga of the same name.

You can read: Starting in August in Chile, an additional 19% will be charged for Crunchyroll subscriptions or purchases in Pokémon GO

This is Esteban Briones, a student at the Universidad de La Frontera, located in Temuco, who is developing an investigation of the “Historical evolution of the stereotype of masculinity in the narrative and visual construction of the work JoJo’s Bizarre Adventure”.

It was his professor named Javier Sandoval, who is a journalist and academic from the same institution, who shared the thesis on his Twitter account, indicating that: “I only come to show what happens when an otaku teacher and student join forces on a journalism thesis. Let it not be said that you cannot get a degree thanks to anime.” 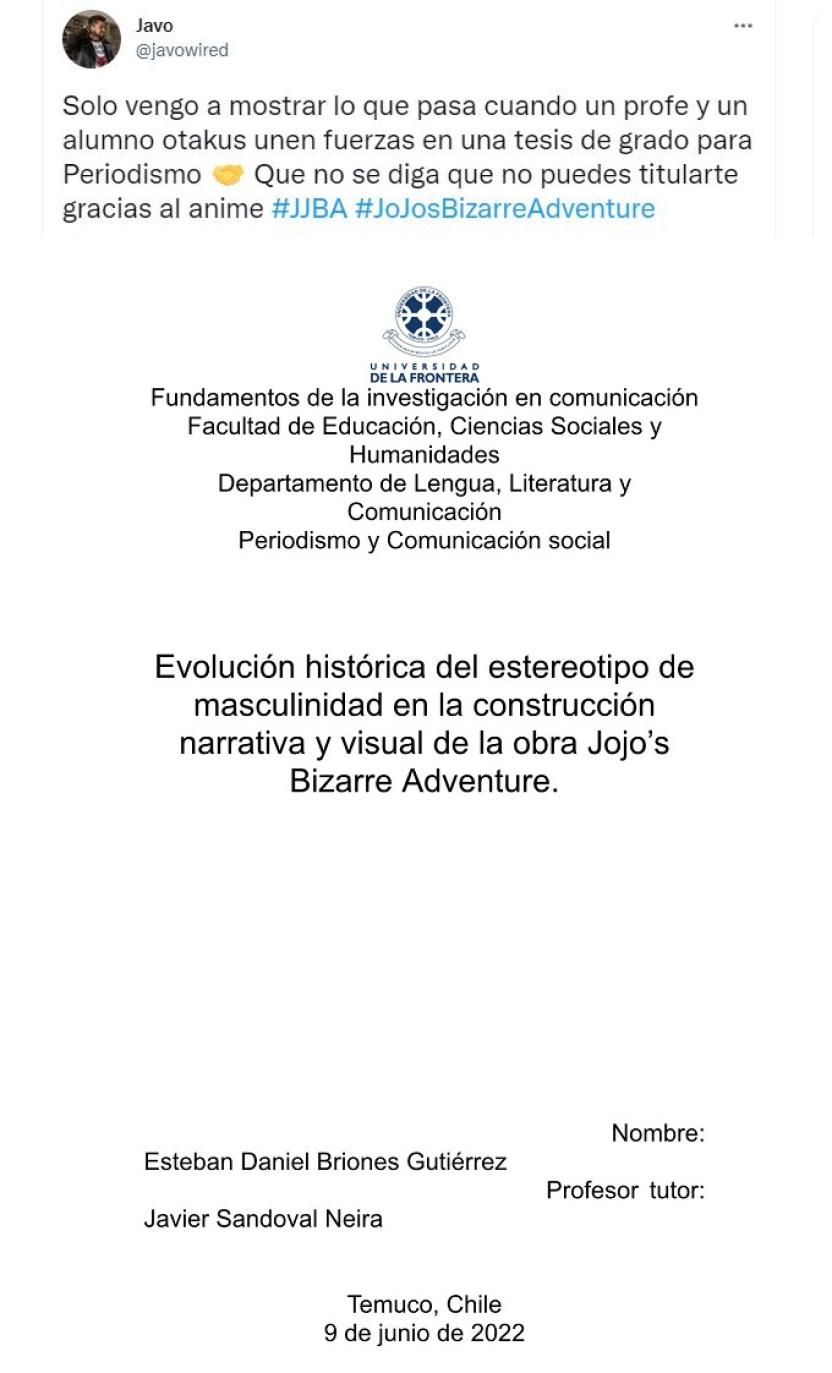 According to Briones’ guide professor to BioBioChile, the student had the idea of ​​studying the deconstruction of masculinity within Jojo’s Bizarre Adventure, pointing to its transformation over the decades.

“Each manga saga reflects a specific time in the history of humanity and the art takes on those nuances. So the concept of masculinity has also been deconstructed through the different sagas, ”he indicated.

Thesis that is still in process and will see its results at the end of the year, something that many who have come across the story look forward to and that, on the other hand, has been well received by teachers, as Javier Sandoval says.

“The teachers have given us positive feedback regarding the approach to the subject, but not only because it is anime and manga, but also because of the critical view of how masculinity is approached in Eastern narrative,” he added.

Who are the guests of ‘Pasapalabra’ from September 7 to 9? Discover them!