This is Blackhole, LaLiga’s tool against pirated IPTV and CCCAM

Piracy has been LaLiga’s number 1 enemy for a long time. This association has been persecuting with all its might any pirate IPTV or CCCAM service that would broadcast the matches of this competition without having a license to do so, but, as usual, these do not stop appearing. For it, LaLiga has the powerful Blackhole tool. We tell you more about her.

This tool, added to others that have been using LaLiga for a longer time, are gradually getting rid of more and more pirate services that are infringing the competition’s rights.

This is how LaLiga uses its Blackhole software

LaLiga has been looking for ways and tools to put an end to piracy for quite some time in the most efficient and definitive way possible. There are many lawsuits in various countries to force their Internet service providers to block unauthorized broadcasts that are infringing the rights of the competition, although this obviously seems not to be enough.

The first software that LaLiga used to deal with this type of pirate broadcast is called Marauder. This tool is key to detecting any illegal streaming, since its function is to create a map in real time indicating exactly where the pirate IPTV servers or any other web service or application that is offering matches illegally are located. 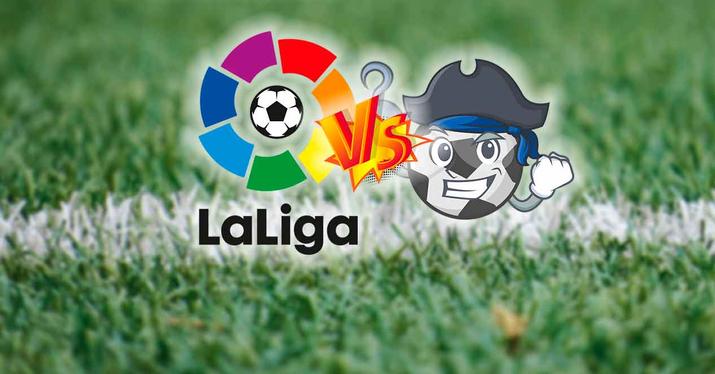 Other software used by LaLiga has been known as Lumiere, specialized in detecting content violations. This tool, provided in fact by the Ministry of Culture, is capable of revealing who is the owner of a certain pirated content, in addition to being capable of only revealing the infrastructure of the site that hosts the pirated content in order to make a subsequent complaint. The problem with this tool itself is that it sometimes takes too long to detect violations.

The jewel in the crown of LaLiga in terms of software for ending this type of pirate broadcast is called Blackhole, and it is the latest and most recent one that he has been using. This tool is capable of using geolocation maps in order to extract all possible information about Pirate IPTV and other CCCAM services. In this way, its function is to create lists where the servers that illegally offer matches and their domains appear.

Blackhole will not be the last tool that LaLiga will introduce in its fight against pirate broadcasts. This upcoming season will also introduce another call NEKO, capable of manually reporting on social networks quickly and efficiently. With this tool, the number of complaints per minute will increase drastically. All this is added with its subsidiary LaLiga Tech, with which it detects violations worldwide in an automated way without stopping.

As a curiosity, LaLiga has also been fighting the sale of counterfeit sports brands for some time. To do this, it uses a tool known as Fire, which is capable of controlling, monitoring and denouncing the sale of illegal merchandise. This system is also capable of detecting fake products and is capable of checking if the operators in our country have blocked the domains that host these illegal stores.

Where has Ms. Marvel gone? We explain the post-credits scene of the series

The Boys: unveiled the name and cast of the new Amazon Prime spin-off

Fico receives the Parliamentary Press for the delivery of the Fan

There is an agreement to unblock Ukrainian wheat – Ruetir