North Korea has recognized as sovereign and independent states the two self-proclaimed and pro-Russian republics of Donetsk and Luhansk, in the Donbass region of Ukraine – Ruetir 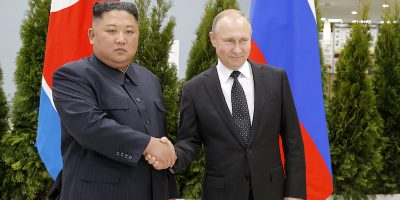 On Wednesday, North Korea, ruled by dictator Kim Jong-un, recognized the two self-proclaimed pro-Russian republics of Donetsk and Luhansk, in the eastern Ukrainian region of Donbass, as sovereign and independent states: these are the two territories that are part of the Ukrainian territory. but which since 2014 have been occupied by pro-Russian separatists and which are currently partly controlled by the Russian army. North Korea is the third state in the world, besides Russia and Syria, to recognize the two self-proclaimed republics as states: the Russian government had recognized them shortly before starting the invasion of Ukraine.

The recognition was communicated by the Korean Central News Agency (KCNA), the news agency of the North Korean regime, by the separatist leader Denis Pushilin and by the embassy of the self-proclaimed republic of Donetsk in Moscow, opened a few days ago. Immediately after the announcement, writes Reuters, the Ukrainian government cut off its relations with North Korea.

How to get Twisted Steadfast Bone in Monster Hunter Rise Sunbreak: best places to find this material

In the next chapter of ‘Tierra Amarga’: The police find Sevda’s body! Will they frame Demir?

You haven’t noticed: cars are more expensive because of the new tax on air conditioning