I think that many of them can go through a cultural barrier that is difficult to overcome, that they sometimes get confused with the nationalities of people born in Asia or with people from the same country on that continent, something that obviously looks pretty bad from that side of the planet but that in most cases is harmless.

But on the other hand, they can be somewhat damaging if they are accompanied by a somewhat deeper ignorance, like what happened to a French politician named Damien Rieu, who in a striking confusion for gamers, published photos of the famous video game developer Hideo Kojima , saying that he is the one who recently committed the assassination of the former Prime Minister of Japan.

In a tweet that he later deleted but like many times in what happens on the Internet, it was saved in screenshots For all eternity, the honorable responded to a tweet that touched on the assassination of Japan’s former president, posting a photo of Kojima posing Che Guevara, saying “the extreme left kills.” 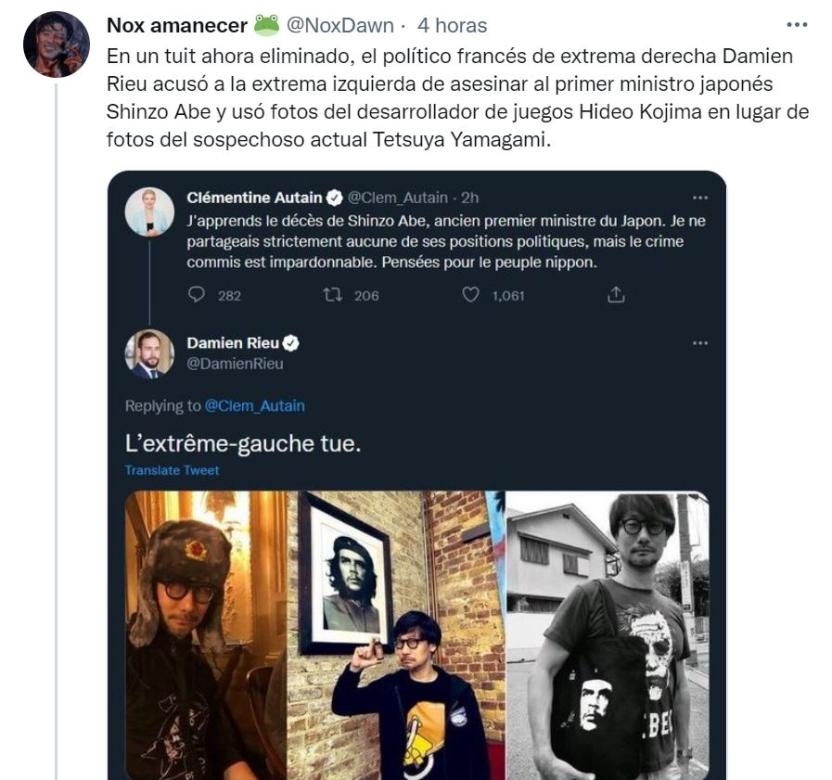 For those who haven’t heard, former Japanese Prime Minister Shinzo Abe was shot dead this Friday while offering a street rally at the entrance of a train station.

In addition, Rieu then retweeted another post that also did the same, where they used the same images saying that the popular video game creator is Samyuero Hydeo, which is not even the name of the real suspect in the murder, who is called Tetsuya Yamagami. 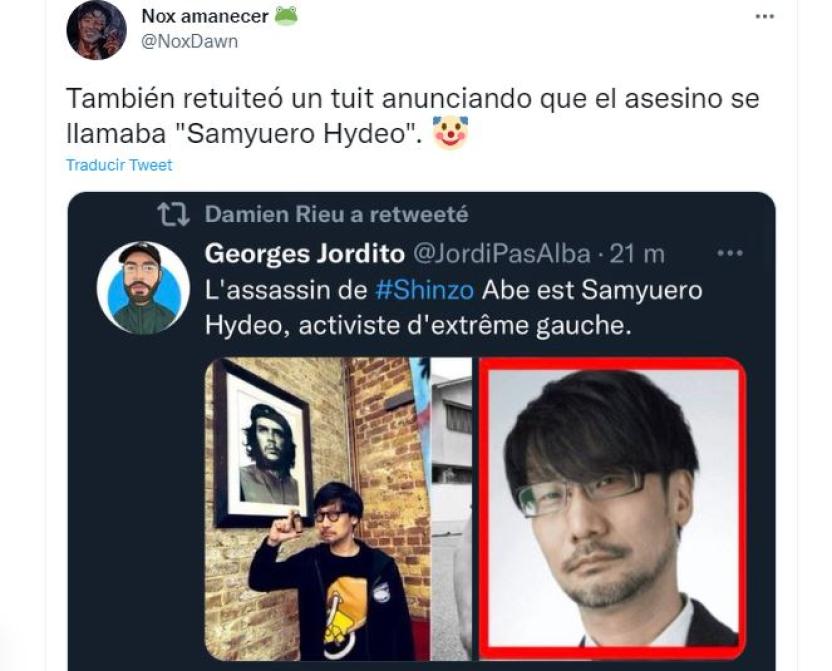 A moment that is nothing more than trivial and somewhat funny, since we do not believe that the Japanese police have mistakenly arrested Hideo Kojima, but that calls us to review what we share on the Internet several times so as not to look ridiculous.

The Italian Arvedi on the roof of the world: the first zero-emission steel mill

Ducati, Luca Marini and Marco Bezzecchi are fierce at Silverstone

PlayStation continues to invest in esports by acquiring Repeat.gg

We already know Yoigo’s gift this month: run that there are only 2000