One more: LaLiga and Serie A knock down pirate IPTV again

Pirate IPTVs do not stop appearing. Despite the fact that more and more services are being closed, new ones of these platforms are appearing on the network. One of the most pirated things has always been football, and the organizations behind it have been fighting this hack for several years now. LaLiga and Italian Serie A are two of these organizations, and both have achieved a new victory against these illegal services.

These two organizations have been fighting for some time to root out all pirate IPTVs that are in charge of pirating their broadcasts, not only within its territorybut also in other countries, as is the case before us today.

A great victory for both organizations

The first thing we must bear in mind is that in order for an Internet service provider (or ISP in English) to be able to block a pirate service, it is always necessary to initiate a judicial procedure in the European Union. This makes getting the IP of these services blocked is a somewhat slow process, and that is what has happened in the country where both organizations have achieved this victory that we are commenting on: Malta.

During the month of February, LaLiga filed a claim under article 8 of the Intellectual Property Rights Enforcement Law from Malta. Under this article, it is possible to apply to a court to take precautionary measures to prevent any imminent infringement. LaLiga named three local Maltese ISPs as defendants in this claim, in order to prevent further infringements.

Before this, LaLiga had already presented a report where Maltese IP addresses were collected that broadcast the matches of this competition without rights, something completely illegal. LaLiga informed the court that the ISPs had not acted illegally, but they were giving users access to these broadcasts. As a result, LaLiga requested an order obliging these ISPs to block these illegal transmissions, as well as to pay the legal costs of the procedure.

Along with this request from LaLiga, another was also submitted by the company Infront Sports & Media AG, owner of the rights to Serie A, and he did it in a format very similar to that of LaLiga. It was also based on this article 8 that we have previously mentioned to point out that ISPs block illegal signals while also having to take responsibility for the costs of the procedure. 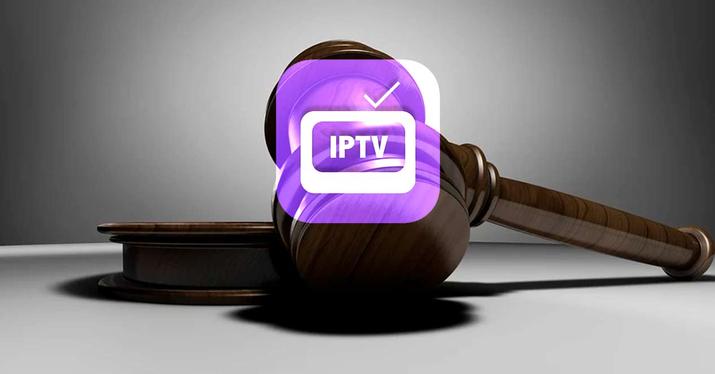 The ruling reached by the court, a few days ago, indicates that there have been a series of negotiations between the ISPs and the two entities that own the rights to the matches of both competitions. It was requested that these agreements remain secret, but the judge responsible for the case considered that should be part of the final judgmentalthough yes, leaving many private gaps that cannot be accessed.

Generally speaking, the judge agreed that all IP addresses that had been collected in the settlement should be blocked by ISPs in order to protect the rights of LaLiga and Serie A for the next season. The sentence also includes other IPs that must also be blocked at some point before the start of both competitions, although always notifying it at least 96 hours in advance. The greatest victory of this judgment is that the precautionary measures seem to be dynamic, so more IP addresses may be blocked if discovered in the future.

HBO Max premieres in October 2022: all the new series, movies and documentaries

Are you emotionally dependent on another person? These tips will help you find out

Autostrade, still the shadow of the Benettons. Compensation on resale ticks

This is how people thought in 1999 of the Pokémon fever of the time - Ruetir.com

Skull & Bones Preview: The pirates are about to land! | Ruetir.com

Telecommuting rebellion: in the US many employees refuse to return to the office, and they are getting away with it