Matchpoint Tennis Championship Review: We put on the cuffs | Ruetir.com

In the videogame sector, for several years now, there has been a lack of a tennis sports videogame, worthy of the name. To cover this lack, Torus Games offers its Matchpoint Tennis Championship, a title that promises a satisfying experience in one of the most famous and practiced sports in the world. The challenge is by no means a small one but we are ready to slip on our cuffs, take up the racket and throw ourselves into this title with many possibilities. 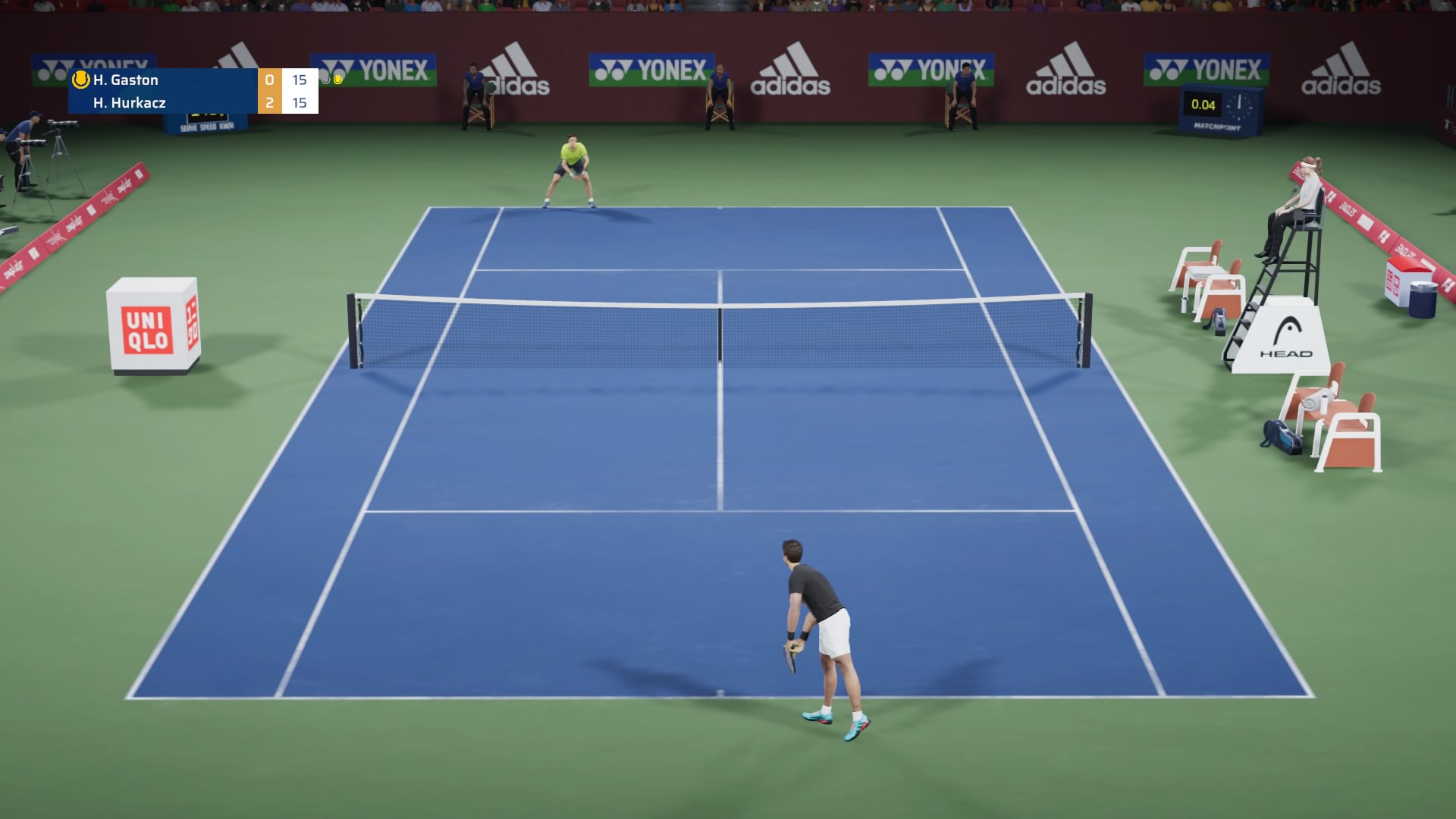 Having to fill the gap in the sector left by great titles of the past such as Top Spin and Virtua Tennis, the expectations on the game are really high. The first approach a Matchpoint Tennis Championship is absolutely satisfying. The software house has focused everything on ease of use, giving greater prominence to the gaming experience. Within the tutorial, therefore, we learn that to challenge the big names of this sport, we just need to use the four buttons of our gamepad. The simplicity of the controls offers great freedom of movement but, at the same time, does not correspond to a simplicity of play. In fact, going to combine button, duration of pressure and position with the joystick, we discover that we have a wide range of choice that requires several games, especially for newbies, in order to learn how to defeat opponents on the field. Unfortunately, the positives wear off immediately, although we are well aware that we are still only at the tutorial.

Torus Games’ effort to offer gamers a different experience than in the past is certainly admirable, instead of trying in vain to create simple copies of the icons of this videogame genre. The control scheme is a perfect example of this, ideal for all types of gamers, regardless of experience level. The feeling, however, predominant from the first exchanges, is that for Matchpoint Tennis Championship we have limited ourselves to carrying out the homework, with a minimum of effort and without taking too many risks. Despite this, the fluidity of the movements that can be observed, even in the first test match, is very pleasant and demonstrates how much work has been done to make the performance of the sets enjoyable. To confirm, or deny, all these first impressions, we just have to jump into our first real tennis match. 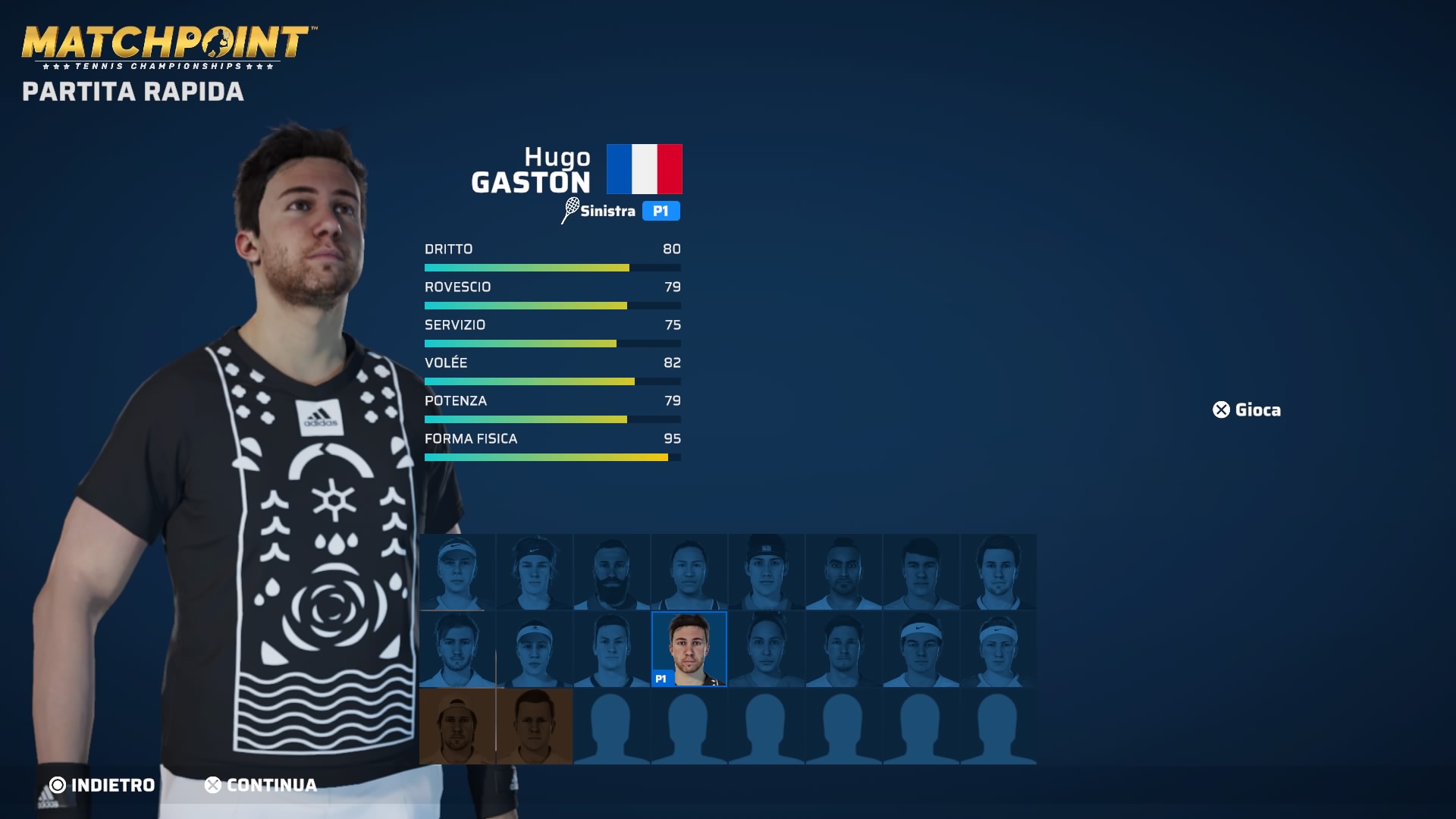 Time to hit some balls

The Matchpoint Tennis Championship quick match immediately puts us in front of a first big disappointment. In the choice of player and challenger, we realize that some of the biggest names in the sport are missing. However, the rose is quite full-bodied, but there is an absence of great champions. Even the players present do not perfectly reflect the features of their real counterparts, all being quite flat, standard, little characterized. Despite this, we take the field and start our first match which confirms all the sensations perceived during the tutorial. The game is smooth and enjoyable and offers a good degree of challenge. What we miss, on the other hand, is the general climate. The three different selectable fields, grass, clay or concrete, appear poor in elements, as well as the stands, in which the fans react flatly to the different actions, throwing themselves into a lukewarm applause when one of the two challengers scores.

It is at this point that we realize how little care has been taken in the creation of the 3D models. The reactions of the players also appear flat, being repeated a few times by both players. On the one hand, therefore, the development of the game fully respects expectations. Matchpoint Tennis Championship we are required to try to interpret and predict the opponent’s game, managing to respond as soon as possible to his game in order to have more time to load the chosen shot. And when you respond adequately, even managing to score, enthusiasm is a lot. On the other hand we would have liked more attention on the most emotional part of tennis, a sport that is about action but also emotion: the charge of tension that grows as you counter blow by blow, is then released at the end, when a point is earned, in screams of joy and release, both from the player than from the public. You miss all of this, having a flat, monotonous experience. 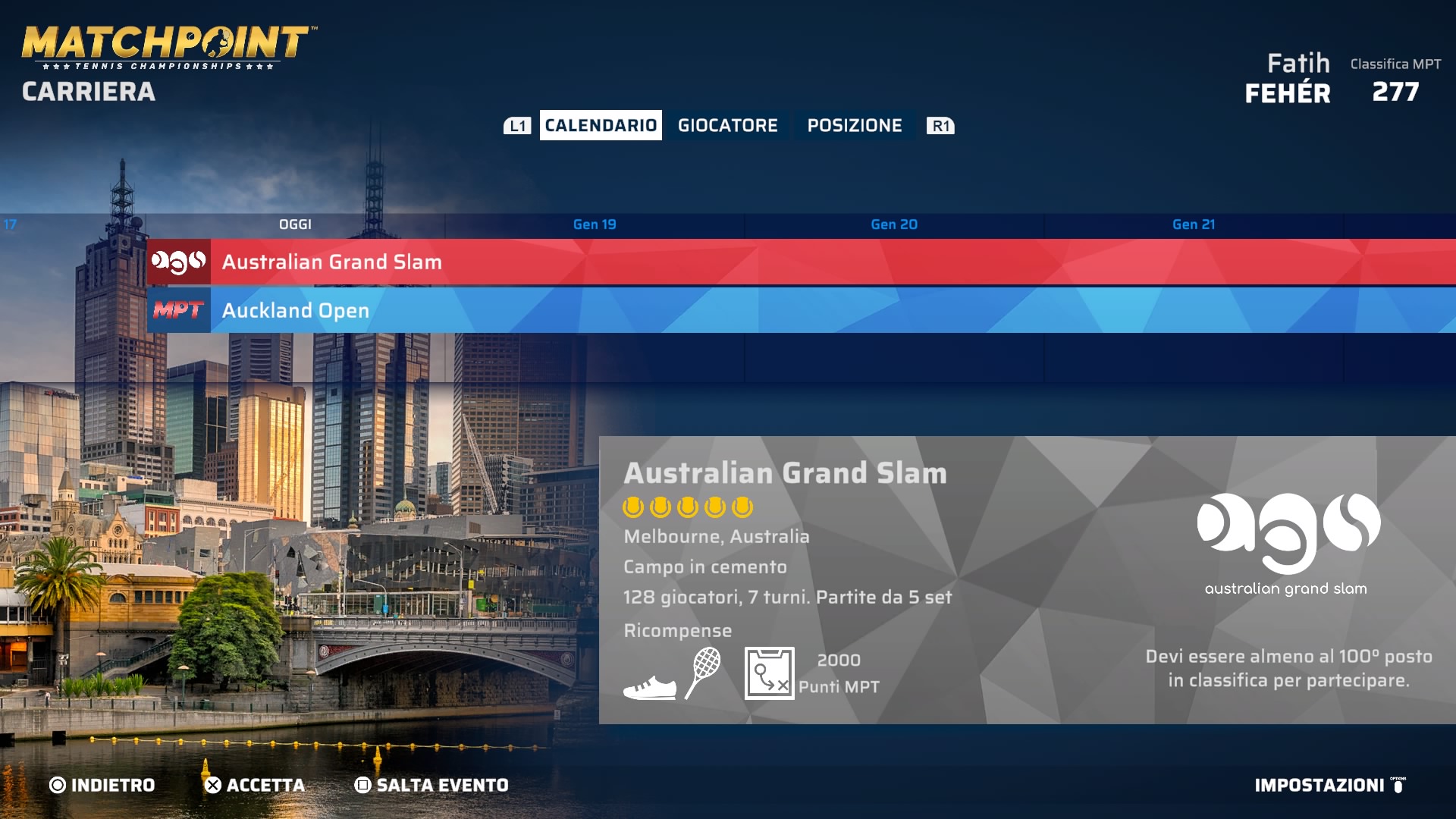 Of all the elements that make up Matchpoint Tennis Championship, Career mode is probably the most ambivalent one. We are immediately faced with a very essential personalization of our player, with few possibilities to choose from and, at times, also difficult to manage the elements, as in the selection of the colors of our uniform. For the rest, the Career interface appears very simple but at the same time functional. It is clear from the start how to face our rise in the ranking, dividing us between tournaments and side eventsshown within a horizontal calendar, which allow us to also win new equipment to increase our statistics, the only way to grow our player.

During the different fights that make up the career, we realize that probably the AI ​​of our challengers should be slightly revised. It is not uncommon to see tennis players stand still on one side of the pitch when it is clear that we are preparing to crush on the other side. An element that flattens and further slows down the gaming experience, if we also consider the long time that is required to grow the player and carry on, during some specific events, their career. All these elements make Matchpoint Tennis Championship a pleasant title to play, but in which it is perceived as some elements, important for a video game and even more so for a sport such as tennis, have passed into the background or even taken for granted.

Torus Games’ Matchpoint Tennis Championship sought to fill the gender gap left by big titles like Virtua Tennis and Top Spin. As was already understood with theannuncio del cross-platform multiplayer, the game has given great space to playability on the tennis court, allowing us to face stimulating challenges but having to manage few commands. During the clashes, however, we realize how AI could be improved, giving us, in some cases, even more competitive challenges. The same can be said for the graphics department where, despite the movements on the field are very fluid and natural, the same cannot be said of the celebrations in the animated sequences, essential and flat, played by players not so similar to their real counterparts. . The Career mode appears very simple and essential in its management, allowing us to focus attention on the clashes, but sometimes it takes a long time to be carried out. The most serious flaw is certainly the absence of all the emotional aspect of tennis, with few peaks during the matches, both from the players and from the public. In conclusion, Matchpoint Tennis Championship turns out to be a pleasant but not exceptional game, still far from what was once the game of tennis in the videogame sector.

They show how Ed Sheeran’s “Celestial” video was made in collaboration with Pokémon – Ruetir.com

Puebla vs. Santos: Schedule and where to watch LIVE the match of the J2 of the Apertura 2022 Liga MX

Dragon Quest Treasures with a look at the story, world and characters • Ruetir

Bruganelli-Bonolis: crisis in the air for them too?