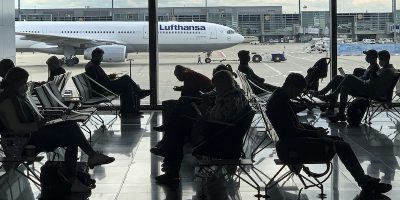 Two of the largest airlines in Europe have announced that in the short term they will be forced to cancel many flights: the Dutch KLM said it will cancel 20 per day (round trip) between now and the end of August, while the German Lufthansa 770 only in the next week. The aim is to try to relieve the pressure on airports and arrive at a sustainable flight schedule, at a time when the amount of airline staff is not sufficient to cover the very high number of bookings.

Both companies have made it known that they will limit the sale of tickets. Despite these measures, cancellations and delays could increase further during the summer. In recent weeks, the situation of canceled flights in Europe has continued to worsen. The main reason is the crisis faced by airlines following the pandemic: many have had to make major cuts in staff, with the consequence that now they do not have enough. Added to these shortcomings were employee strikes across Europe caused by the same staff cuts.

The Quarry: the new update introduces the multiplayer mode and more | Ruetir.com

Luck, on Ale's side: she snatches 1,050 euros from Julia, leaving the score at zero