Although operators have put a lot of effort into extending their fiber optic networks, the truth is that there is still part of Spanish territory without access to a decent enough connection. For this reason, the new Telecommunications Law includes a precept that speaks about the Universalization of Internet access at a minimum speed of 100 Mbps. For this to become a reality there is still a little time, but we already know the date on which this process will come to an end.

Although, as we say, this date is still a bit far, the truth is that it is a great advance if we compare it with the minimum access we have today. Currently, the universal service that is established by law it is 10 Mbps expandable to 30 Mbpsa speed that today seems too short.

Goodbye to the digital divide in 2025

The person in charge of giving this date has been Robert SanchezSecretary of State for Telecommunications, who assures that the digital divide between rural and urban areas will be finished in 2025at which time the entire national population will be able to have a minimum connection of 100 Mbps.

Roberto Sánchez, Secretary of State for Telecommunications @SEtelecoGob ensures that in 2025 the digital divide between rural and urban areas will disappear. “100% of the population will have 100 Mbps coverage” #DigitalES2022 pic.twitter.com/zAEC9NkiCV

This date, however, is quite different from the provision that we have mentioned before of the new Telecommunications Law. This provision explains that “within one year from the entry into force of this new law” would be when this gap should cease to exist. However, this deadline given by the Secretary of State for Telecommunications is the one that already appeared in the 2025 Digital Spain Agenda. The given date should always be considered an approximation, since we must bear in mind that this is a slow process, and correcting all this deficiency in rural areas cannot be carried out overnight. 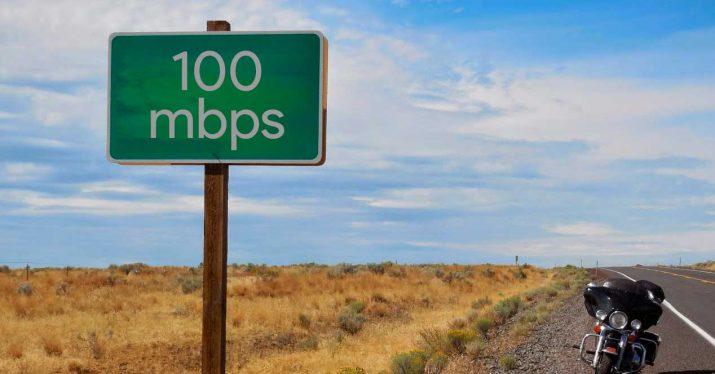 A gap that affects rural areas

As explained in the preamble to the Telecommunications Law, to date, 30 Mbps coverage reaches 95.2% of Spanish territory, and 100 Mbps reaches 87.6% of it, a fairly high. The problem, as we have said a little above, lies in the great difference or gap between rural areas, which is why the program called UNICO-Rural Demand will subsidize the creation of a broadband network that can later be rented to operators to provide service with a maximum regulated price of 35 euros to ensure the arrival of 100 Mbps throughout the Spanish territory.

The aid of this plan will serve, above all, so that citizens and companies that are in areas where there is no other alternative can have a connection that is sufficient and affordable, which will favor social and territorial cohesion in Spain. This program also provides aid for the installation and registration of final services, covering associated expenses such as the acquisition of equipment for the end user, its installation and its start-up.

27 technology news to start the morning informed of the latest

Angela comes out of a coma after months: she risked her life to be thin

The Chant: Watch the latest trailer for the horror action-adventure here

5 free applications to split the bill in restaurants, parties or trips

The first flight of the Artemis mission to the Moon has a new astronaut: Shaun the sheep

The best puzzle websites to spend the summer joining pieces