This Neo QLED cuts its price in half: New Smart TV this summer!

If we want to buy a 75-inch smart TV, in addition to the space available to place it, you will have to look at your pocket, since such a screen size is usually associated with a good amount of euros to spend. That is why, since it is not so frequent that they drop in price compared to other more frequent sale models, it is difficult to find a bargain that, although still somewhat expensive, is worth it compared to the usual prices.

That is just what we have found in this 75-inch Samsung Neo QLED, the QE75QN95Aa 4K Smart TV at its best price in many months in this FNAC offer.

As we said, it is a 75-inch television (189 centimeters diagonal) with 4K UHD resolution (3,840 x 2,160 pixels). As for the panel, the Neo QLED technology is the commercial name that Samsung has given to the Mini LED, which has LEDs that are 40 times smaller than the LEDs that we found in current televisions with local dimming, being able to control them independently in thousands of local lighting zones. 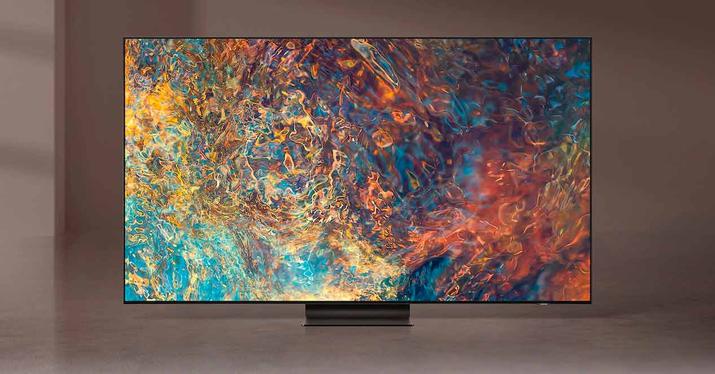 Added to this is that the package they use this year reduces light dispersion. With both enhancements, blooming is reduced and the image is more realistic in terms of color and brightness. The brightness reaches 2,000 nits on the QN95A.

Another feature that all Neo QLEDs offer is that they have HDMI 2.1, ideal for use with new generation consoles and our high-end PC. We also have compatibility with HDR10 + and HLG technologies, but not Dolby Vision, since Samsung continues to promote its open HDR standard.

In addition, it has an anti-glare screen to forget about the annoying reflections of the sun while you are watching a movie.

Samsung’s 2021 TVs feature HDMI 2.1, HDR10+, 120 Hz, VRR, ALLM, AMD FreeSync Premium Pro y eARC. It includes Tizen 6.0 as the operating system, being a model from last year, Samsung Health for sports training and all the great Smart TV apps on the market. This operating system presents an enviable fluidity to navigate among the thousands of applications that you can install on the Smart TV.

The powerful processor in the new Neo QLED TVs offers a more accurate and optimized picture quality experience. Thanks to advanced Artificial Intelligence that improves sound and analyzes image by image, you can enjoy 4K quality regardless of the original resolution.

Despite its size, its design makes it take up as little space as possible. It is one of the Samsung models with UltraSlim, the ultra-slim design with only 2.7 cm thickness, very useful especially if you plan to hang it on the wall, since it will barely protrude.

This huge one does not have such a huge price and, considering that it cost close to 4,000 euros when it was put up for sale less than a year ago, it seems like a bargain to be able to get it right now at 1,999 euros in FNAC. It is still a peak, but quality costs and this Smart TV has more than enough.

The articles listed contain an affiliate link that reports to ADSLZone a small commission for each purchase. The products that appear here have been chosen by the editors for being discounted, and their appearance here has nothing to do with any agreement with the brands.

The map that shows which country is exported more from Spain, province by province

Dahmer, the series that tells the life of the Milwaukee Cannibal, is already among the most viewed in the entire history of Netflix

This is U-Boat: the luxury underwater superyacht that costs 25 million dollars

Oppo A77s, the mobile that points to mid-range bestsellers with premium airs

New images and details of Sandman, the Netflix series based on Neil Gaiman's comics

Dragon Ball Xenoverse 2 celebrates the launch of its Conton City Vote Pack with this trailer – Ruetir.com

Spider-Man 4: first details on the fourth film with Tom Holland?

Price of the dollar in Venezuela TODAY, Sunday, September 18, according to DolarToday and Dollar Monitor

ANIA and Luiss, together to train the managers of the future

Xbox confirms its presence at Gamescom 2022, which takes place from August 23 to 28