The end of internal combustion vehicles is getting closer, at least in the European Union, which aims to achieve carbon neutrality by 2050. Along this path, the approach already confirmed by Parliament is to put an end to sales of new cars and vans with a combustion engine in the year 2035. However, it is a rule that is not the same for all brands, since there are some that yes they can continue selling its gasoline and diesel models.

The sale of combustion cars ends in 2035

It is already a fact that combustion cars are mortally wounded in Europe. In mid-2021, the European Commission presented the roadmap in relation to thermal vehicles and for which it was approved by means of a vote last May.

As such, this is an approved measure that certifies that from 2035 it will not be possible to sell new cars with gasoline and diesel engines in the European Union. Or what is the same; only those that are 100% electric (battery) and electric fuel cell (with hydrogen tank).

This prohibition includes hybrid or plug-in hybrid cars, since the regulations de facto prohibit vehicles that emit polluting gases. Also e-fuels or synthetic fuels, among others, in which brands like Porsche are investing huge amounts of money in their eagerness to save the car with a combustion engine.

The ‘Ferrari Amendment’ that frees some brands

In effect, the approved measure means that all car manufacturers will no longer be able to sell cars with gasoline, diesel and hybrid engines, they will only be able to manufacture electric cars. This does not mean that you can no longer continue to circulate with a traditional car or buy second-hand vehicles with thermal engines. The measure only affects new cars from 2035.

This means that the various manufacturers will have to adapt all their plants to produce purely electric models. But not all countries were entirely in favor of the measure. Some time ago, Germany, a country where the automotive industry has a very important weight, was in favor of delaying the date until, at least, 2040. But, above all, the country that has been most reticent has been Italy. 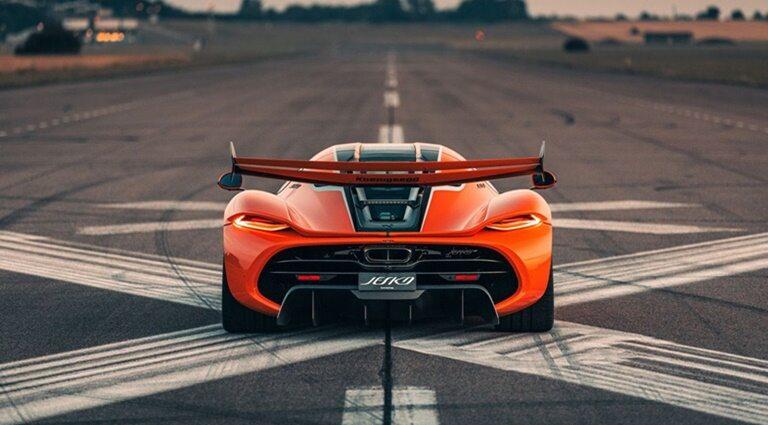 This has been done because there are exceptions. Why not; Although it should be the same rule for everyone, at least on the European continent, there are brands that have managed to get rid of the ban on diesel and gasoline, so they can continue to sell their cars and models. The reason is none other than for another reason than what is known as ‘Ferrari Amendment’. An amendment that, precisely, is not the Italian manufacturer.

From the Italian part that has representation in the institutions of the European Union, it was proposed to remove from the limitation of selling diesel and gasoline combustion cars, in 2035, to models and brands that are either exceptional due to their exclusivity or for its high power. What luxury cars and great sports cars would be.

Specifically, the amendment favors companies that produce less than 10,000 units per year (leaving Ferrari out), a figure that is not considered decisive when measuring the impact of global emissions, and postpones at least two more years, until 2036, the deadline to present allegations to the authorities to repeal the quota of CO2 from cars.

Then brands like Bugatti or Koenigsegg appear, which could be the great beneficiaries of this measure for diesel and gasoline cars, at least for a couple more years. There are also brands like Aston Martin, Lamborghini, McLaren or Rolls-Royce, which also seem willing to take advantage of this exemption from the regulations.

This also comes through ESCA, the European Alliance of Low-Volume Vehicle Manufacturers, which represents McLaren, Aston Martin, Bugatti, Pagani, Koenigsegg, Ineos Automotive or Rimac -a 100% electric brand-, and who had repeatedly spoken asking for special rules for these manufacturers claiming that the life cycle of their models is longer and that their impact on the sector’s emissions is negligible.

Soon you will be able to do surveys in WhatsApp groups

Vodafone now wants to sell you electricity. And it makes all the sense in the world for all operators

Tech companies are fleeing China. India knows this and has a plan to capture them on a large scale

Game releases and offers of the week in the Nintendo eShop (7/7/22, Europe and America) - Ruetir.com

Kazuki Takahashi creator of Yu-Gi-Oh! has died at the age of 60 | Ruetir

“I can’t handle this, I want to go home” message from Elden Ring player has 10,000 positive ratings | Ruetir

Kirby and the Forgotten Land is already the best-selling Kirby game in history in the UK – Ruetir.com