The Samsung Galaxy Watch 5, revealed: titanium and 4G connection to win on the smartwatch podium

The launch of the Samsung Galaxy Watch 5 seems to be closer than ever. Evan Blass has leaked the design of both the Galaxy Watch 5 variant and the Galaxy Watch 5 Pro in detail, the most ambitious model of this family. Thanks to the 3D animations that you have shared, we know the detailed design of these two watches, which will come to compete with the best on the market.

This will be the Galaxy Watch 5, according to EvLeaks 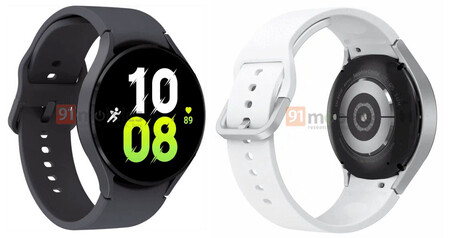 The Samsung Galaxy Watch 5 will be the first smart watches to feature Wear OS 3.5 and One UI Watch 4.5, a version that was leaked in detail a few days ago. The big news this week is the full leaked design, confirming the resemblance between both models.

These watches will come, according to the source, in 46- and 44-millimeter versions. They will be available in the colors black and gray in the case of the Pro version, and in black, white and blue (although more colors are expected), in the case of the Galaxy Watch 5.

The Pro variant will come finished in titanium, with LTE connectivity for a standalone SIM. The non-“Pro” variant will also feature LTE, though a somewhat more modest finish (likely aluminum) is expected. A priori, not too many differences between the two watcheswaiting to know more about them.

Both proposals are expected land sometime in august, in the Unpacked event that should be held on those dates. Samsung usually makes the announcements of its events public, so we would be a few weeks away from knowing that date.

Are you emotionally dependent on another person? These tips will help you find out

The plant that controls a machete with its “brain” (video)

Linux 6.0 is now available: these are its news

eFootball: a look at Season 2 | Special | The Games Machine

Antonio Locatelli reveals that he made an attempt with Valentino Rossi

The Last of Us Part I: Naughty Dog Releases New Trailer With Credits | Ruetir.com