Seven essential Thor comics to heat up Mjölnir before ‘Thor: Love and Thunder’

Foolishly, Thor has become the Marvel superhero with the most solo movies dedicated within the MCU. He’s not a bad record, and it’s also no wonder the plethora of great comics preceded him. We run through a few that you might want to check out before you get on with the Asgardian’s next movie, ‘Thor: Love and Thunder’, which arrives this week. Some directly linked to what we will see there, others not so much, there are a few readings about the blond god and his minions.

the butcher of gods 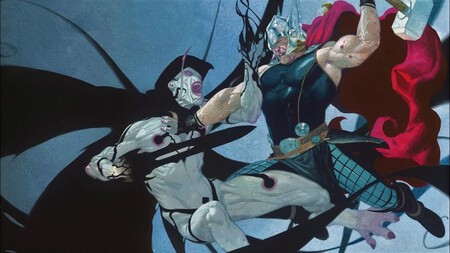 While Gorr doesn’t have the baggage of other God of Thunder nemeses like Loki the Enchantress or, er, Absorbing Man, he is one of the most charismatic villains to emerge from the character’s recent comics. Specifically, from the ‘Thor: God of Thunder’ series by Jason Aaron and Esad Ribic. Gorr hails from the time Thor was on Earth during the Viking Age, and this alien being has spent centuries since slaughtering gods with his Necrosword, an artifact linked to the Celestials (so perhaps we have a link to the ill-fated ‘ Eternals’). The comic includes the appearance of a young and still unworthy Thor of Mjölnir, as well as a more mature Thor as the last Asgardian.

The Goddess of Thunder 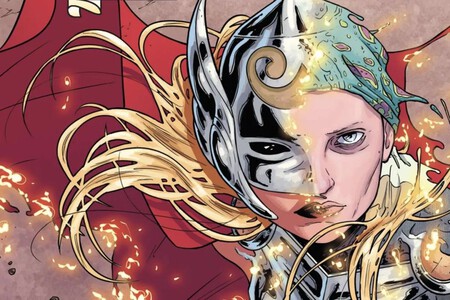 And next to the villain, the other newcomer to the film mythology of Thor: Jane Foster as the bearer of Mjölnir, after in Jason Aaron’s ‘Original Sin’ miniseries, Thor lost control of his hammer. Aaron and Russell Dauterman themselves, in a new Thor series, made Foster the protagonist and her identity, in fact, was initially a secret from the readers, which will not happen in the film. The comic posed a curious dichotomy very well explored by Aaron: every time Foster takes her hammer, she cleanses all the impurities from her body…including the treatment she is receiving for breast cancer. Literally taking Mjölnir is for Jane Foster a death sentence.

Guardians of the Galaxy: It’s up to us 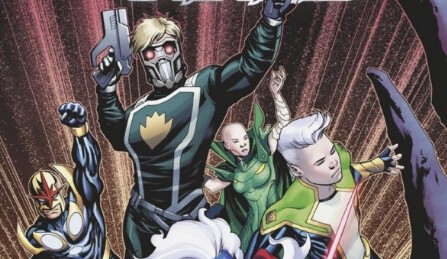 This stage of Al Ewing and Juann Cabal of the Guardians collection, which was published in Spain in its day in staple format, led them to confront the Gods of Olympus, who want to regain their pre-eminence among the pantheon of deities of the universe. We already know that, at least, Zeus and part of his pantheon will be part of ‘Thor: Love and Thunder’, and of course the Guardians are present in the film again, so it would not be surprising that the film would take elements of this collection phase. If you are interested in the clash of Asgardian and Greco-Roman deities, also check out another Thor story, ‘The Chaos War’. 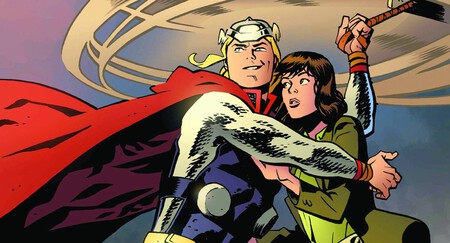 This great and unusual comic by Rodger Landridge and Chris Sammee had an edition in Spanish, already sold out, but you can find it without problems in English. It’s a naive and brilliant, almost camp version of Thor’s adventures while he was banished to Earth, and puts a special focus on his relationship with Jane Foster, as well as many other characters in the Marvel universe. Although here she has not yet become the new bearer of the hammer, she does propose an approach to her relationship with a classic flavor. 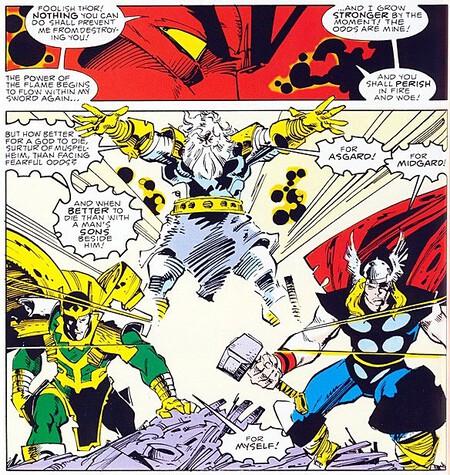 And since not everything can be references to the most modern Thor and the one that has had the most impact on the MCU movies, let’s stop at the most iconic phase of the character, perhaps the one preferred by the followers of the God of Thunder. Surtur is one of Thor’s most terrifying nemesis and is based on the fiery giant Surtr, who wields a flaming sword and has already stumbled through ‘Thor: Ragnarok’. Here, Walt Simonson, one of the mythical creators of the character, writes and draws a legendary story not only because of the confrontation between Thor and his nemesis, but also because of the careful portrayal of the characters that surround both of them and the ambitious level of epic that surrounds the story. 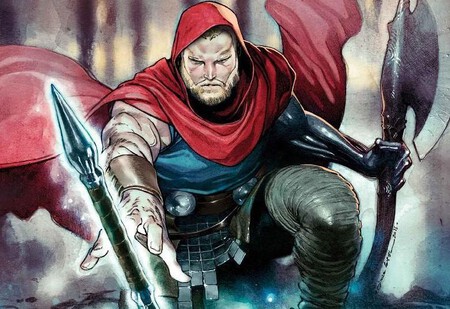 Possibly something of the inevitable initial clash between a jealous Thor and Jane Foster that we will see in ‘Thor: Love and Thunder’ has been pointed out in another comic, ‘The Unworthy Thor’, also written by Jason Aaron. In it, Odinson is the Thor-before-Jane-Foster, who decides to search for answers about whether or not he is worthy of carrying Mjölnir, and before learning the true identity of his replacement. It is a fairly introspective comic, but with the frontal fun that Aaron’s stories always have.

the war of the kingdoms 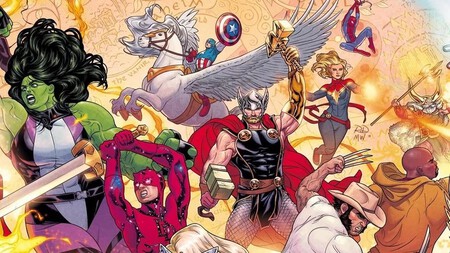 We already know the villain of ‘War of the Realms’ in the MCU: he is the dark elf Malekith, who was stumbling through ‘Thor: The Dark World’. In this splendid saga, which marked Aaron’s farewell to his long period with the Asgardian god, he raised a war between different realities, in an event that Marvel likes so much of battle royale of dozens of superpowered beings hitting each other. What may interest the future viewer of ‘Thor: Love and Thunder’ (apart from the fact that it is a great story) is that Thor becomes the new king of Asgard before leaving the position to Valkyrie (that is, as it was the situation before the beginning of this fourth film of the character).

How to measure distances, surfaces and routes in Google Maps

Some scientists are working on a much more serious project than it seems: robots that laugh

Cooking with medicines, the latest TikTok craze that has put health authorities on alert

The electric car has another problem in Spain: there are no ultra-fast plugs and the ones that exist are useless

The “Eye of the Salmon”, the fascinating floating museum that you can only visit if you sail to the Norwegian fjords

James Caan, actor who played Sonny Corleone in The Godfather, has died at the age of 82

If you receive an “official” USB flash drive with Microsoft Office in your mailbox, do not put it in your PC: it is ransomware