Robert Crimo confessed to being responsible for the July 4th massacre in Highland Park, near Chicago – Ruetir 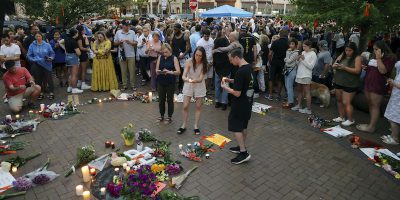 Robert E. Crimo confessed to being responsible for the July 4 massacre in Highland Park, a town north of Chicago, during the Independence Day parade. In the Crimo attack he killed 7 people and injured more than 30 by shooting from a roof, then he escaped. According to what he told authorities, he would then make his way to Madison, Wisconsin, where he would consider carrying out a second attack in another event for the July 4th celebrations.

Police said on Tuesday that Crimo had already been known to authorities since 2019. The officers had been called to intervene once after he tried to commit suicide, and a second time when a member of his family complained that Crimo had threatened to “kill all”. On that occasion, a collection of knives was found in his house, which included a dagger and a sword. Despite this, in the following years Crimo had managed to buy several weapons, including the rifle with which the police believed he would have carried out the attack on 4 July.

– Read also: The United States has approved some restrictions on the sale and possession of weapons

Meditation: you don’t need to go to Tibet, just a few minutes are enough to get better

NASA knows that exploring "ocean worlds" is crucial. To achieve this, he has a weapon: mini-submarines.

AFP: Congress proposes that funds from deceased affiliates without heirs be transferred to the State