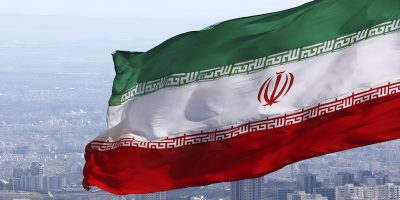 Iranian state TV on Wednesday said that the Revolutionary Guards, the military body that is dependent on the Iranian regime, arrested several foreign people on suspicion of spying, including the UK’s Deputy Ambassador to Iran, Giles Whitaker. The charges allegedly concern the taking of soil samples in the central desert of Iran, in areas where the Revolutionary Guards were carrying out missile exercises.

A UK Foreign Office spokesperson denied the news, calling it “completely false”. Samuel Heat, UK spokesman in the US, he pointed out that Whitaker would no longer even be in Iran as a diplomat: which in fact also appears from his profile on the British government website, in which it is said that his post ended in December 2021.

In recent years, the Iranian Revolutionary Guards have arrested several foreign people, again on charges of espionage or a threat to internal security. According to various human rights associations, these are often spurious accusations, or invented with political intent and to obtain concessions from other countries. The Revolutionary Guards are considered a terrorist group by some Western countries, including the United States.

– Read also: Who are these Revolutionary Guards?

Who was ‘Willie’ Pickton, the farmer who fed his victims’ meat to his pigs?

US visa lottery: what are the steps to access permanent residence?

Leidsa today and National Lottery: Results of the draws for Thursday, September 29 LIVE

System of Souls, the Spanish Portal incubated in PS Talents, is now available for PS4

Karl Urban and Antony Star were in Xena: Warrior Princess long before they saw each other in The Boys

Review of Sisters to Death, a black comedy led by an exceptional cast