Haiti one year after the killing of its president – Ruetir

A year after the assassination of the president of Haiti, Jovenel Moïse, the violence and the strong political instability in the country have not yet been resolved, just as there is no great progress in the investigation into the killing of Moïse. The then Haitian president was killed on July 7, 2021 by a group of people who broke into his residence, in circumstances that are nothing short of suspicious and yet to be clarified. A few weeks later, Ariel Henry became president and prime minister of the country, who still holds the posts today despite some links with the person suspected of organizing the killing of Moïse.

As a lengthy New York Times report recently recounted, the assassination and subsequent political developments have led to new instability in Haiti, one of the poorest countries in the world. Between April and May in parts of the country, including the capital Port-au-Prince, there was organized violence by groups of armed people who try to forcibly maintain part-control of Haiti.

They stormed numerous homes, raped women and girls, killed adult men and kidnapped the youngest, with the aim of enlisting them and extending their power over part of the population. Local authorities do not have great resources to counter violence of this type and the lack of strong and recognized leadership complicates matters further.

The great uncertainties and hesitations about how to manage the investigations and trials for the killing of Moïse are perhaps the most evident demonstration of this.

People arrested so far on suspicion of having participated in the assassination of the president have not yet been brought to trial. Among them are 18 former Colombian soldiers, who according to local authorities were the executors of the operation in the Moïse house a year ago. 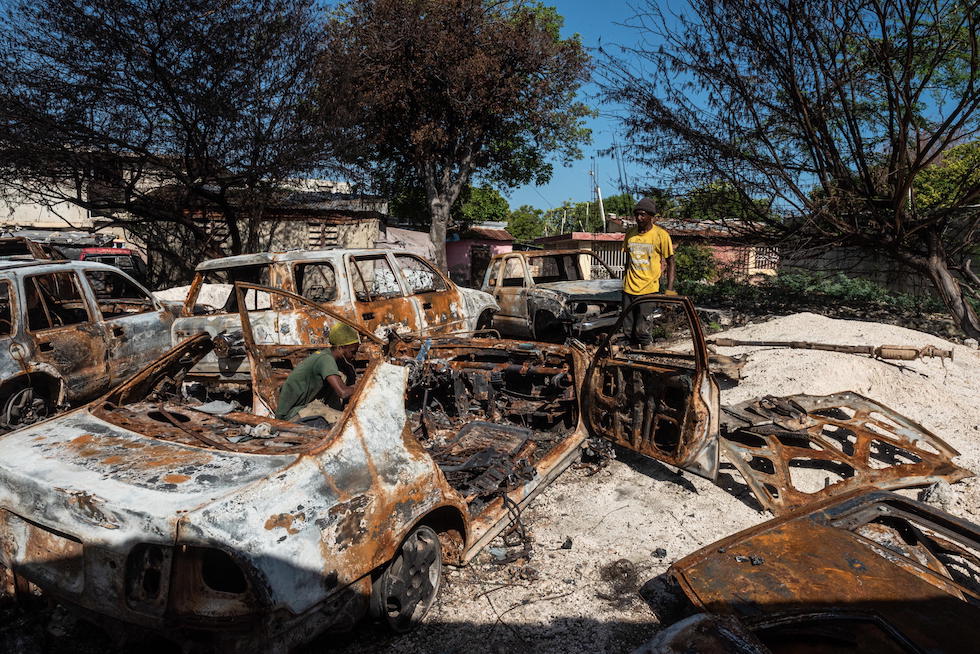 In recent months they have reported on several occasions of having suffered violence by the Haitian police, of being kept in precarious conditions in prison, often hungry and without the possibility of using toilets and showers.

No formal charges have even been made against them and there are suspicions that there is no convincing evidence to justify their arrests. One of the prisoners’ wives, interviewed by the New York Times, said she was able to visit her husband last year, noticing signs of torture, poorly treated wounds and some missing teeth.

The Colombian government does not seem to have put any particular pressure so far, saying that the crimes for which its 18 citizens are suspected took place in Haiti and that it is therefore up to local justice to handle their cases. However, there are concerns about the conditions of imprisonment and the vice president of Colombia, Marta Lucía Ramírez, said she would like to visit them to ascertain their conditions in person. Ramírez also called on the Haitian authorities to do their duty and start the actual process. 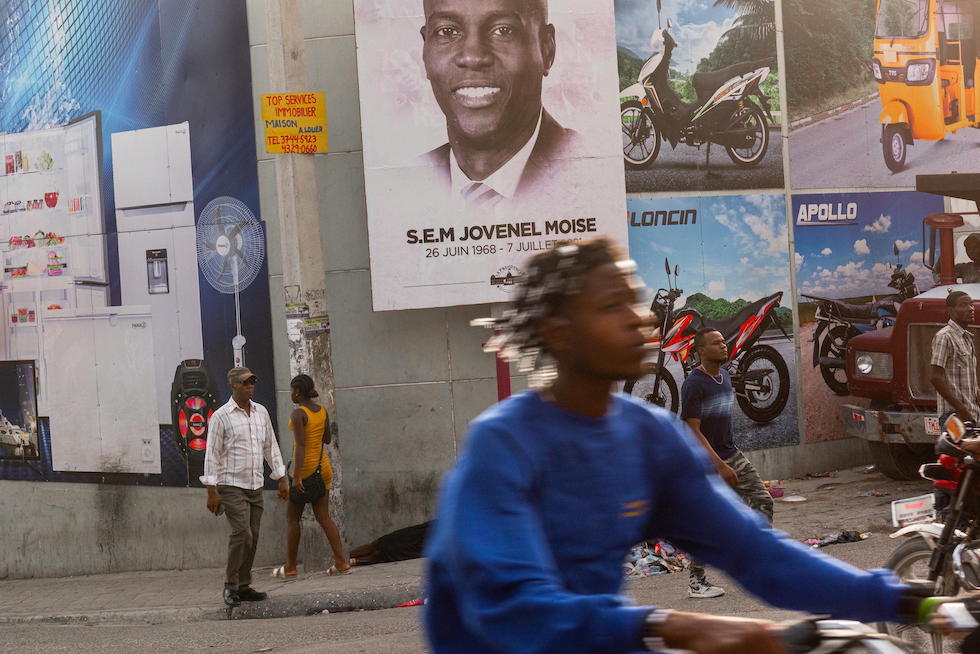 However, the violence also affected judges, lawyers and officials of the Ministry of Justice in Haiti. The intimidation has also affected some witnesses and the judge who is supposed to deal with the 18 former Colombian soldiers has already been changed five times, while the suspects have not yet been able to meet a lawyer.

Ariel Henry, the current pro tempore president, is among the suspects in the killing of Moïse, but rejects all kinds of accusations, using his power to defend himself. He dismissed some investigators who had summoned him to clarify his position in the affair, after the discovery of some telephone records from which contacts emerged with Joseph Felix Badio, a former official of the Ministry of Justice suspected of having organized the murder.

In addition to the Haitian investigation, the United States is conducting an investigation as part of the close relationship between the two countries. There has been relatively little development and progress in one year, although some links with US intelligence agencies have emerged, starting with the CIA. And precisely these circumstances have made information on the investigations less accessible, with various requests to keep it secret so as not to reveal the identities of contacts and informers used by US intelligence in Haiti, for example to fight drug trafficking.

Mario Placios, a former Colombian soldier, was extradited to Florida in January to stand trial for the killing of Moïse. However, the US Department of Justice has asked the court that deals with it to seal all the documents, precisely because Placios has some kind of relationship with the US intelligence agencies. Obtaining information about his trial has therefore become extremely difficult and consequently it has also become difficult to obtain new details on the investigation related to the assassination. 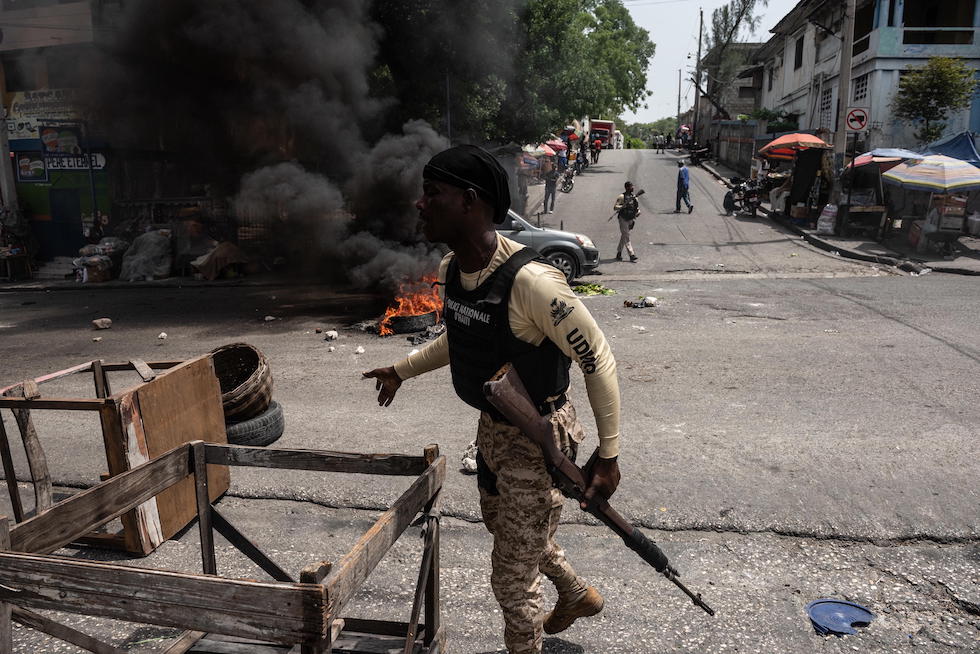 Meanwhile, in Haiti the violence continues, albeit with less intensity than those that occurred between April and May, which had led to at least 16,000 displaced people who fled the areas where the most serious assaults were taking place. According to data collected by the United Nations, at least 1,700 schools have had to close, leaving about half a million children at home. Some schools had become the target of violent groups, to carry out kidnappings and then ask for ransoms from families.

Haiti is also trying to recover from the 7.1 magnitude earthquake that hit the island about a month after Moïse’s assassination and that killed over 2,200 people and damaged nearly 140,000 buildings.

Chiara Ferragni falls back on it again!

Willpower: if you think you don’t have it, you’re making a big mistake, change your life right away

Atlas introduces his reinforcements, including Ocejo

Tapatíos applaud the proposal to eliminate the time change

This function should be deactivated immediately on your Smart TV

Clothes: goodbye to iron with the grandmother’s method

Sabrina Misseri: today she works in prison, let’s find out what she does

Titanfall 3 coming? Respawn Entertainment seems to have confirmed this