France brings out the colors: you can see all of Ligue 1 for 89 euros a year

Amazon has just announced a new promotion by which Prime customers can add to their subscription a package with French first and second division football.

The entire League of France for 89 euros the season

Prime Video, holder of the rights to the French League, has launched a promotion that we hope football fans in Spain will enjoy. From next July 11 to August 28, the date of the fourth day in which there will be the first PSG – Monaco, you can enjoy Ligue 1 and Ligue 2 for a flat rate or season pass of only 89 euros. Once that date has passed, the price goes up, but only to 99 euros.

The package will include the ten games per day of Ligue 1 and a multiplex of the Ligue 2 match program. You have to remember that to have Prime Video you must first be subscribed to Amazon Prime, which has a price of 49 euros per year or 5.99 euros per month in the neighboring country . With both fees added, the monthly price to watch football would be 12.99 euros per month.

In Spain, starting next season, the rights to watch football in Spain will be shared between Movistar and DAZN and only the clients of the former and those of Orange will be able to see the entire league offer. 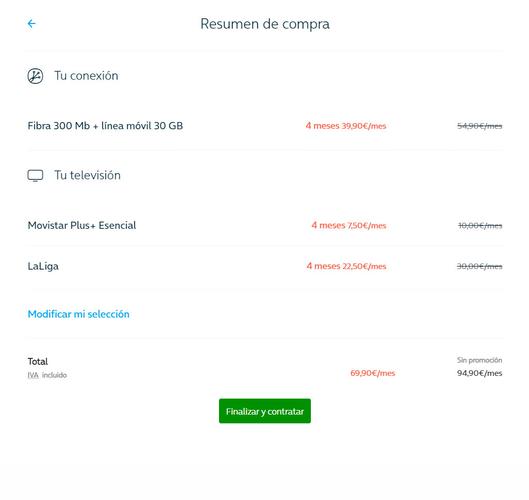 A couple of months ago, Movistar launched the portfolio of miMovistar rates, with greater power to configure your services on demand. However, since you have to choose a type of connectivity, a mobile line and the Movistar Plus+ Essential television package, the whole set to watch LaLiga costs 94.90 euros per month divided into the following minimum concepts:

Even with the current promotions, in which they are rewarded with a 25% discount for 12 months, the sum of the concepts would be €69.90 per monthpractically more expensive than the French offer for the whole year.

If you are a client of another operator that is not Movistar or Orange, on the other hand, DAZN has today published its prices for the 2022/2023 season. In the event that you would like to see only half of the competition that they offer during 35 of the 38 days of the Santander League (Movistar will have 3 exclusively), the price to pay will be €18.99 per month. Adding this package to your current subscription will make you have DAZN Total at a price of 24.99 euros per month or split an annual subscription to stay at 19.99 euros per month. 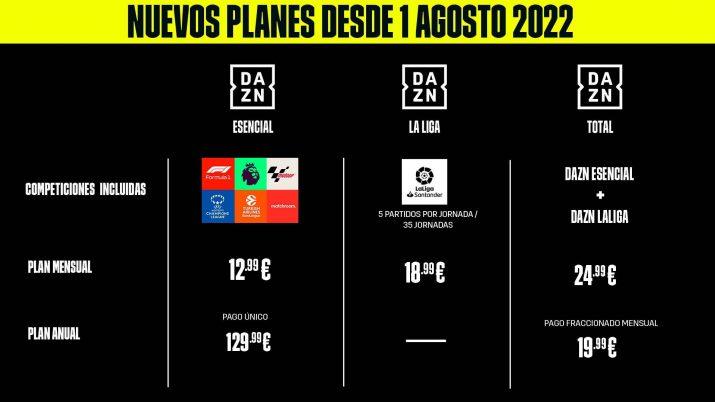 It is true that the Spanish League has more pull than the French, but if football continues to be so expensive in our country, will end up being a luxury that not everyone can afford in an era like the current one in which inflation is through the roof and the prices of most necessary goods and services are through the roof.

Vivo X Fold +: a folding beast with maximum power and a load of infarction

Whatsapp improves video calls to rival Google Meet: these are the news that arrive this week

More than 57% of the population disapproves of the work of President Boric, according to a survey

HoYoverse presents new Genshin Impact trailer about Tignari, one of the next characters