Equal or more dangerous than alcohol: the DGT warns of a serious problem at the wheel

A good rest is essential when driving

Tired driving can be expensive. Also keep in mind that the effects of a tired body and mind can not only appear during night trips and that accidents due to drowsy driving are also more than frequent during the day.

Driving the car while sleepy drastically decreases your driving skills and shortens reaction time necessary to act quickly in the event of an unforeseen event. And that is what the General Directorate of Traffic, the DGT, has wanted to pay attention to, seeking to continue raising awareness that a good rest is essential when we start driving.

We are talking about what is known as fatigue at the wheel, which, like drowsiness, are problems that affect 70% of Spanish drivers, according to figures provided by the CEA Foundation, European Automobile Commission. An excellent idea as long as we have rested enough hours. Because at first it may seem that we are very clear, but, as time goes by, our attention span decreases and fatigue makes its appearance.

The DGT pays attention to fatigue

To sit behind the wheel, especially when we must face many hours in the driving position, it is essential to make it as rested and fresh as possible. For this we must take care of our sleeping habitsbut we must also know that this driving fatigue can have very adverse effects.

Thus, as the DGT explains, fatigue decreases attention span, favors mistakes when executing maneuvers and forces one to take more risks. It is estimated that between 20 and 30% of accidents are due to fatigue. And it is that, the more attention and concentration you have to pay to it, the more fatigue you will accumulate during the trip, so it will appear earlier. 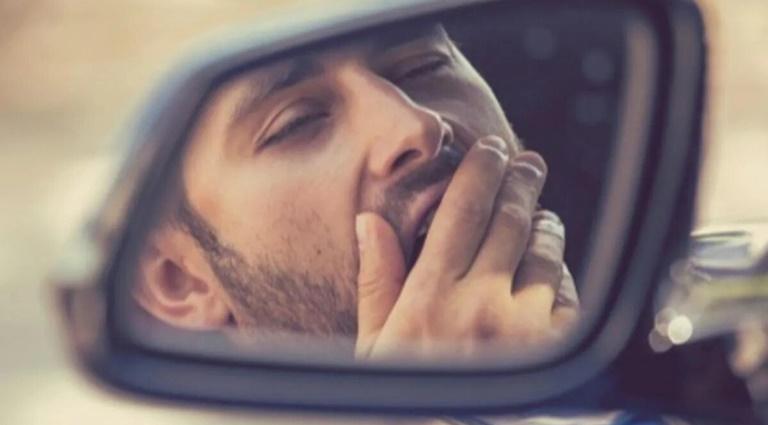 What effects does it have and how can we combat it?

As a result of this, the DGT tells us that around 75% of drivers have suffered at least one episode of fatigue at the wheel. This is a feeling that, to a greater or lesser extent, we have come to suffer when traveling by car. This situation is derived from physical fatigue and this, in turn, affects our state of mind. Drowsiness and sleep can be fatal causes on the roads.

Therefore, if the driver feels any of the symptoms mentioned above, it is advisable to follow the following tips to combat fatigue and drowsiness, more so if you are making a long journey, as maintained by the DGT.

Do stops every two hours. During long journeys it is of great importance to make stops every two hours or at the slightest sign of fatigue. It is recommended that these breaks be at least 15 minutes. Do stretching. It is advised that the driver stretches the joints every time he gets out of the car. Avoid heavy meals. It is advisable not to eat much before going on a long trip, since driving on a full stomach often makes you drowsy. There are certain foods that are very good for combating fatigue, such as avocado or banana, as they are rich in fiber and minerals. There are also other foods with stimulating properties, such as cocoa. Hydrate. To drive it is very important to be well hydrated, especially in summer. It is recommended that the driver always has a bottle of water or a soft drink at hand, so that he or she can drink frequently, even if he or she is not thirsty.
#Equal #dangerous #alcohol #DGT #warns #problem #wheel

Whatsapp improves video calls to rival Google Meet: these are the news that arrive this week

The 5 worst science fiction movies of the century

Dollar in Peru: this is how it is listed today, Thursday, July 7, 2022, in the parallel market

Love: the signs that they will have a clandestine affair!