Energy, the EU Parliament confirms: gas and nuclear in the taxonomy 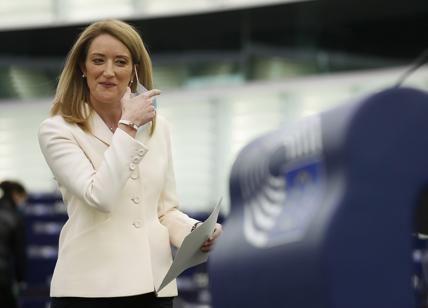 Il European Parliament has not raised objections to the delegated act of the European Commission which includes gas e nuclear in the list of ‘taxonomy Ue‘for the list of sustainable activities for the purpose of providing correct information for investors and an orientation consistent with the European pro-climate objectives.

EU taxonomy, the EU Commission: good vote of the EU Parliament, it is a pragmatic act

The European Commission welcomes the result of the vote on European Parliament on the Taxonomy. “This vote is an important recognition of our pragmatic and realistic approach in helping many Member States on their transition path towards climate neutrality. Climate neutrality is our objective and legal obligation. We are committed to using all the tools available to move us away from high-carbon energy sources “, explains the executive Ue in a note.

“The complementary delegated act is a pragmatic proposal to ensure that private investments in gas and nuclear power, necessary for our energy transition, meet rigorous criteria. Investments in renewable energy are already a priority in our Taxonomy: this is our future. Our proposal ensures transparency so that investors know what they are investing in. Today brings much-needed clarity to the position ofUe“, underlines the Commissioner for Financial Services, Mairead McGuinness. The delegated act will enter into force on January 1, 2023.

Greenpeace announces legal action against the European Commission following the inclusion of gas and nuclear power in the taxonomyi.e. in the list of investments deemed sustainable by theUe. The parliament European “did not garner enough votes to block the controversial Piano of the Commission. Only 278 MEPs voted against the sustainable gas and nuclear label, not reaching the 353 votes needed to block the proposal “.

It is – he explains Greenpeace – of a “serious threat to the environment”. Before the legal action begins, Greenpeace will submit to the European Commission “a formal request for internal review. In the event of a negative outcome, it will take the case to the European Court of Justice”.

In response to the vote of the Parliament Ariadne Rodrigo of the Sustainable Finance campaign by Greenpeace Ue believes it is “outrageous to label fossil gas and nuclear power as green and thus make more money flow to the coffers that finance Putin’s war in Ukraine. For this we will continue to oppose in court. The shameful internal negotiations in the European commission influenced by the lobbies of the fossil fuels and nuclear power will not be enough “.

“We are inspired by the climate activists who gathered in Strasbourg this week – continues Rodrigo – and we are confident that the courts will cancel this attempted greenwashing supported by politics, as it is a clear violation of EU law” . “The vote that gave the green label the green light for false solutions such as fossil gas and nuclear energy – it is noted – is in stark contrast to what would really be needed in a historical moment like this, in which the effects of changes climatic conditions have serious consequences on the lives of all of us “. According to Greenpeace “the vote of the European Parliament risks further slowing down the fight against the climate crisis, exposing people and the planet to increasingly extreme climatic events”.

PJ ratifies fine to Latam for the cancellation, delay and rescheduling of 201 flights in Cusco

What happens to my savings if I stop using a bank account?

International oil: WTI barrel climbs 5.2% and closes the first weekly day at US$ 83.64

Do you want to last longer in sex? Techniques and tips for a good erection

James Cameron charges against those who criticize the duration of Avatar 2: "then they spend 8 hours watching TV"

Learn about the history of the eternal war between Wakanda and Atlantis from which Black Panther: Wakanda Forever could be inspired