2K today revealed the full roster of cover athletes for NBA 2K23, the latest iteration of the top-rated and best-selling NBA video game simulation series of the past 21 years*. 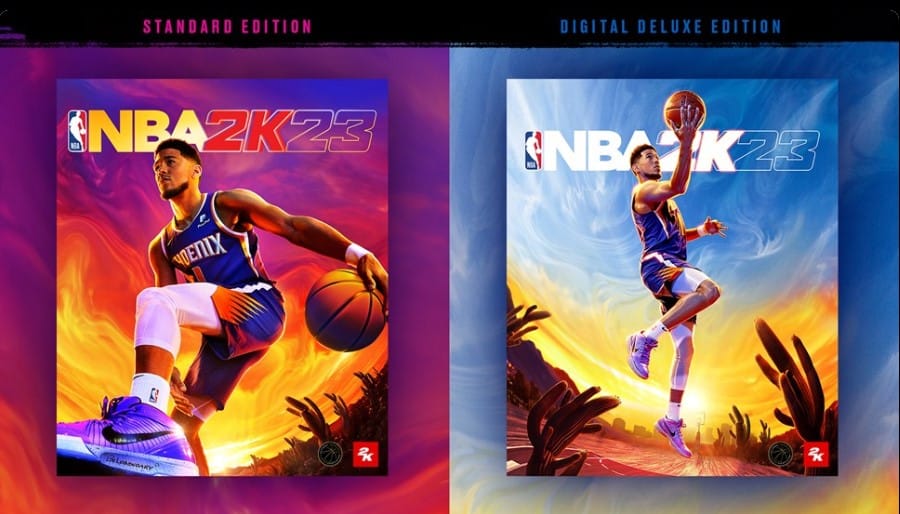 “It’s a dream come true to see myself on the cover of NBA 2K,” said Devin Booker. “I have been a huge fan of NBA 2K since I was a kid, and it is surreal to finally join the exclusive club of basketball greats who have been cover athletes. I’m also honored to share this year’s covers with the iconic Michael Jordan, who changed the game for all the players who came after him, as well as two of the WNBA GOATs of all time, Diana Taurasi and Sue Bird, who continue to make a huge impact on the game.”

This year, NBA 2K23 will offer four editions of the game in a variety of digital and physical formats: a standard edition, a cross-gen digital deluxe edition, a Michael Jordan edition, and an all-new, exclusive Championship Edition, which includes a 12-month subscription to NBA League Pass.

Includes dual generation access to the Digital Deluxe Edition, Michael Jordan Edition and Championship Edition for PS4, PS5, Xbox One and Xbox Series X|S platforms and provides one version of the game on each console generation within the same console family .

“It was only fitting that Michael Jordan and Devin Booker be the global cover stars for NBA 2K23,” said Alfie Brody, vice president of global marketing strategy for NBA 2K. “Michael established himself as one of the greatest athletes in history and his generational impact on the game is remarkable. MJ’s accomplishments, coupled with the young but already outstanding career of Devin Booker, will continue to inspire basketball fans around the world for years to come. It’s also evident that this year’s WNBA cover celebrates two of the league’s most accomplished players, Diana Taurasi and Sue Bird, who continue to make their mark on basketball history.”

The WNBA Edition will also include the Sue Bird and Diana Taurasi WNBA jerseys as additional in-game content*****. Additionally, NBA 2K is partnering with Every Kid Sports to support greater representation of women in basketball with a $100,000 donation, providing entry fees for more than 550 girls to participate in youth sports across the country.

Visit the official NBA 2K23 website for a full breakdown of SKU details and more information on the cover athletes featured in this year’s editions of the game.

We’re giving away a copy of Mario + Rabbids Sparks of Hope for Nintendo Switch! – Ruetir.com

Fans agree that something is missing in the Super Mario movie – Ruetir.com

The new WWE content for Fall Guys already has a date – Ruetir.com

8 police officers killed in an ambush in rural Colombia