DAZN raises its prices for football: if you want to watch LaLiga, you have to pay separately 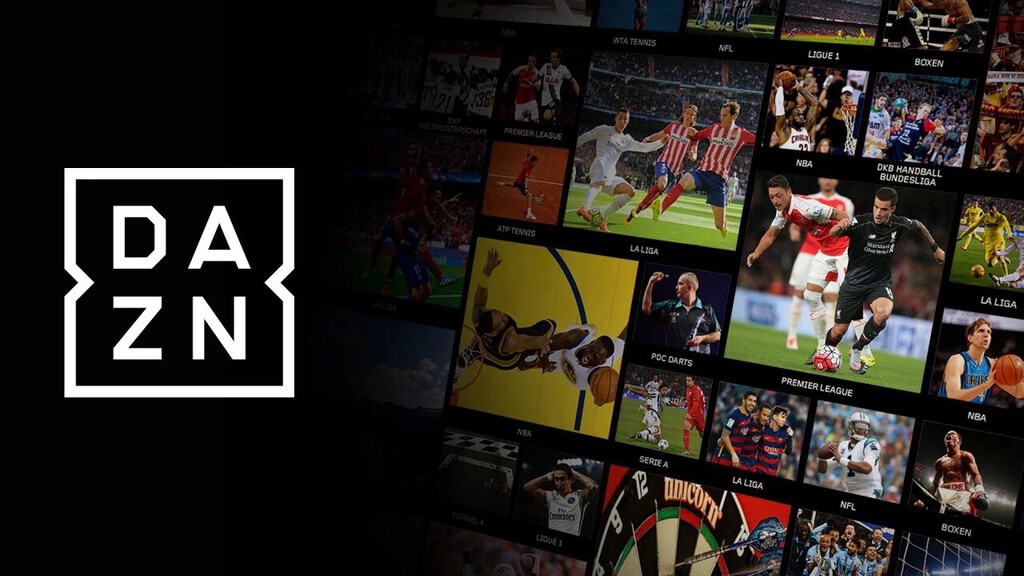 DAZN just introduced your new offer of plans, available from August 1. After the 30% price increase in Spain, it becomes official the unchecking of LaLiga from the basic plan. The cheapest plan will come under the name of DAZN Essential, and will not include access to it, maintaining the price of 12.99 euros per month. We tell you how the new plans are under this modality.

DAZN raises prices, although you can choose not to watch football 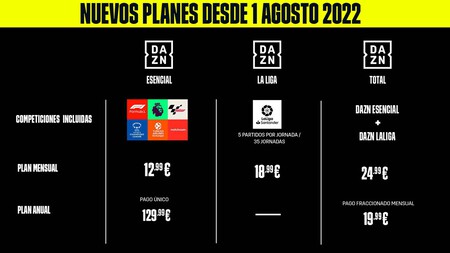 After bidding for the broadcasting rights of LaLiga and keeping 45% of its rights, DAZN can broadcast a total of five games per dayreserving the other three for Movistar.

With this acquisition in hand, DAZN has raised the prices of its payment plans, giving the possibility of not paying for LaLiga and keeping the price of 12.99 euros. As of August 1, football will be more expensive, and the price of the most basic pack is maintained.

Thus, DAZN Esencial was born, a plan that includes MotoGP, Formula 1 and major channels such as Eurosport, among others. If we want to watch football, the next pack is DAZN LaLiga. Paying this pack we access the five games offered by DAZNwith the degree of randomness that this entails. No one assures us that the five games are of our interest.

In Xataka How to make Spanish soccer triumph in the United States: “There are LaLiga games that are seen more than baseball”

Finally, we find the DAZN Total pack. This includes all the contents of DAZN Essential and La Liga. Three plans, same price for the initial pack, and new prices for the rest of the packs. So is the offer.

–
The news DAZN raises its prices for football: if you want to watch LaLiga, you have to pay it separately was originally published in

You should not only signal the turns: the warning that every cyclist should know

Trek to Yomi - Review, when style isn't everything

Dragon Ball Z - This is the impressive SH Figuarts of Porunga and Dende with light effects, sound and original voices of the series