Last year, Sony decided to delete the movie and series store, ensuring that the content would continue to be available to consumers after its disappearance. However, less than a year later, certain purchases will begin to be deleted from users’ accounts.

The service closed its doors on August 31, 2021 and, coinciding with the first anniversary, more than 130 films will be removed from the digital library of customers who bought them back in the day.

The closure of PlayStation Store Video

Last year, through a communication on PlayStation Blog, Vanessa Lee, head of the video business at Sony Interactive Entertainment, announced the closure of the video purchase and rental store that was present within the PlayStation Store. This change would take place on August 31, 2021.

The stated reason was an increase in other video consumption formats. “We have seen tremendous growth in PlayStation fans using subscription and ad-based entertainment streaming services on our consoles. With this change in customer behavior, we have decided to stop offering movie and TV purchases and rentals through the PlayStation Store from August 31, 2021.”

However, they wanted to reassure customers who had made some type of purchase, ensuring that the content would continue to be available in their accounts once the store closed and the only thing that changed was the impossibility of making new purchases.

“When this change goes into effect, users will still be able to access movie and TV content they have purchased through the PlayStation Store for playback on demand on their PS4, PS5 and mobile devices. We thank our fans for their continued support and look forward to continuing to improve the entertainment experience on PlayStation.”

The first films begin to disappear

Through notices published on the official PlayStation website in territories such as Germany or Austria, the removal of certain titles due to the expiration of licenses has begun to be reported as of August 31, 2022, just one year after the closure of the store. 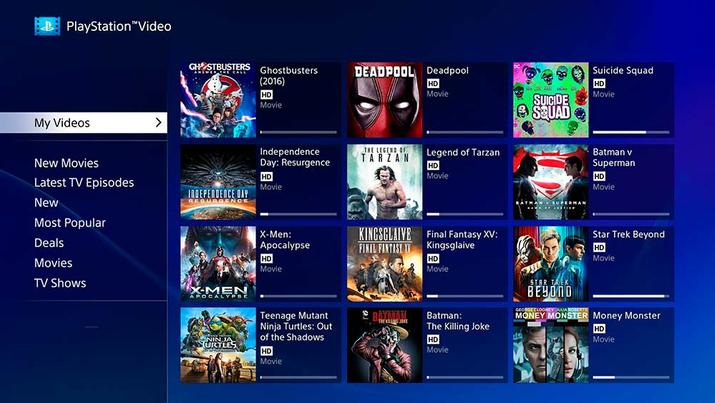 “As of August 31, 2022, due to the evolution of our license agreements with content providers, you will no longer be able to view the Studio Canal content that you previously purchased and it will be removed from your video library.

According to the list, films such as Apocalypse Now, The Hunger Games, Saw or La La Land are some of those affected, which are counted by over 130 titles right now.

The fact that Sony PlayStation removes purchased movies is not only very problematic, but also a broken promise. At the moment, the company has not announced plans to refund customers for purchases that they will no longer be able to access. PlayStation Spain has not commented on whether our country will also be affected.

9 out of 10 use it wrong: this HDMI connection on your Smart TV works like this

You should not only signal the turns: the warning that every cyclist should know

Gamepolis returns in 2022 with Nintendo, Ubisoft, Epic Games, Supercell and Riot: everything you need to know about the great Malaga video game festival

In Verne: The Shape of Fantasy you take on the role of Jules Verne

“It’s fucking good to be back”: the emotional speech of a person in charge of Cyberpunk 2077 after the recent success of the game

Elections: 101 symbols in all