The “betrayal of the Kurds”, again – Ruetir

The recent agreement to overcome Turkey’s veto on the entry of Finland and Sweden into NATO has greatly worried the Kurdish communities residing in the two Nordic countries: to lift their veto, Turkish President Recep Tayyip Erdogan has asked that the two countries withdraw the protections granted to Kurdish dissidents, and that they initiate the procedures for the extradition of dozens of people who Turkey considers to belong to terrorist organizations.

Although it is not yet clear how the governments of Finland and Sweden will act in the coming months, there is a risk that the two countries, which have so far welcomed and protected many Kurdish dissidents, will stop doing so in order to join NATO. For this reason we have returned to talk of yet another “betrayal of the Kurds” by the West: this expression means a series of events with which, in the last century, the West has first fueled the hopes of freedom and autonomy of the Kurdish population, and then often betray them with catastrophic consequences.

The Kurds
Kurds are a population of around 40 million people living in a large area at the intersection of Turkey, Syria, Iran and Iraq. Despite being one of the largest ethnic groups in the entire Middle East, they do not have a state of their own, and are divided among these four countries into communities that have varying degrees of autonomy (especially with regard to Iraqi Kurdistan) and that participate in varying degrees to the political life of the host country. As is understandable, the Kurds would like to build their own state, but for over a century the four countries in which the territories in which they live are located have prevented them from doing so.

The West has often taken advantage of these dynamics, endorsing and supporting Kurdish nationalism to achieve its foreign policy goals, and then abandoning the Kurds when those goals were met, or when it was unseemly to maintain support for their cause. These abandonments, which have been numerous, constitute the bulk of the “betrayal” committed by the West against the Kurds.

A warning: it is a discourse that obviously contains large elements of simplification, starting from the fact that understanding the Kurds as a single entity and Kurdish nationalism as a single movement is a big generalization. However, it may be useful to broadly understand the historical context. 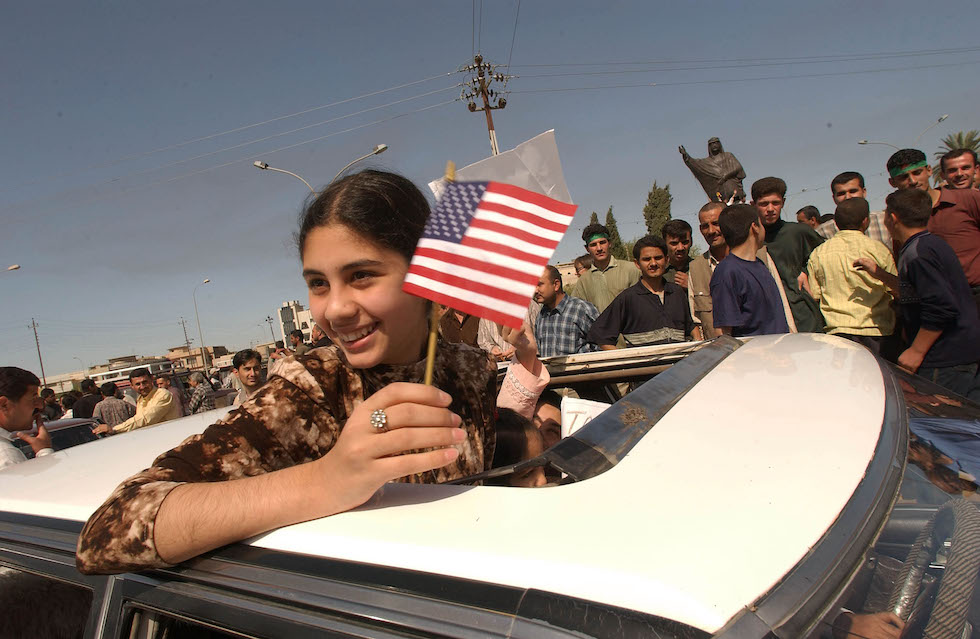 A Kurdish girl from Kirkuk, Iraq, waves the American flag during the US invasion in 2003 (Patrick Barth / Getty Images)

Kissinger, Bush and the others
The first betrayal occurred after the First World War, which resulted in the dismemberment of the Ottoman Empire in the various countries of the Middle East. Initially, the creation of a Kurdistan for the Kurdish people was also envisaged in the peace agreements, but in the end the victorious Western powers, France, the United Kingdom and the United States, agreed to eliminate its presence at the request of Turkey. The Kurds meanwhile had attempted to create a small Kurdish state, and then a Kurdish kingdom in the early 1920s, but were quickly destroyed by the British army.

After the Second World War, the Kurds were used several times by the United States in the context of the Cold War, because the peculiar condition of the Kurdish people, present in four large Middle Eastern countries and ready to accept the help and weapons of anyone. made available, it made it the perfect tool for various destabilization operations carried out during the Cold War in the region. The consequences of the failure or abandonment of these operations, however, were suffered exclusively by the Kurds.

In the early 1970s, Richard Nixon’s US administration, with Secretary of State Henry Kissinger, backed a plan by Iran, which was an allied country at the time, to arm Iraqi Kurds against Saddam Hussein’s regime. The goal was to arm the Kurds enough to weaken the Iraqi army, but not enough to defeat it, so as not to risk the Iranian Kurds also revolting. For three years the United States and Iran supported the Kurdish uprising in Iraq, with thousands of Kurdish casualties, but in 1975 Iran and Iraq reached an agreement. American and Iranian support for the Kurds suddenly stopped, and the Kurds found themselves alone to face the repression of Saddam Hussein: thousands of people were killed.

When in the United States there was talk of the country having betrayed the Kurds, and images of slaughtered civilians began to spread, the media attributed this phrase to Kissinger: “Covert operations must not be confused with the work of missionaries” .

In the 1980s the situation was reversed: a theocratic dictatorship had taken power in Iran. In the eyes of the United States, Saddam Hussein’s dictatorial but secular regime in Iraq seemed the lesser evil, and they supported it when he declared war on Iran. During the war, Saddam carried out a genocide against the Kurdish population, which had begun to rebel. In the second half of the 1980s, Iraqi forces killed between 50,000 and 180,000 Kurdish people, often with terrible methods such as the extensive use of chemical weapons. Ronald Reagan’s administration knew that Saddam was using nerve gas against Kurdish civilians, but continued to support him and send him military aid against Iran. 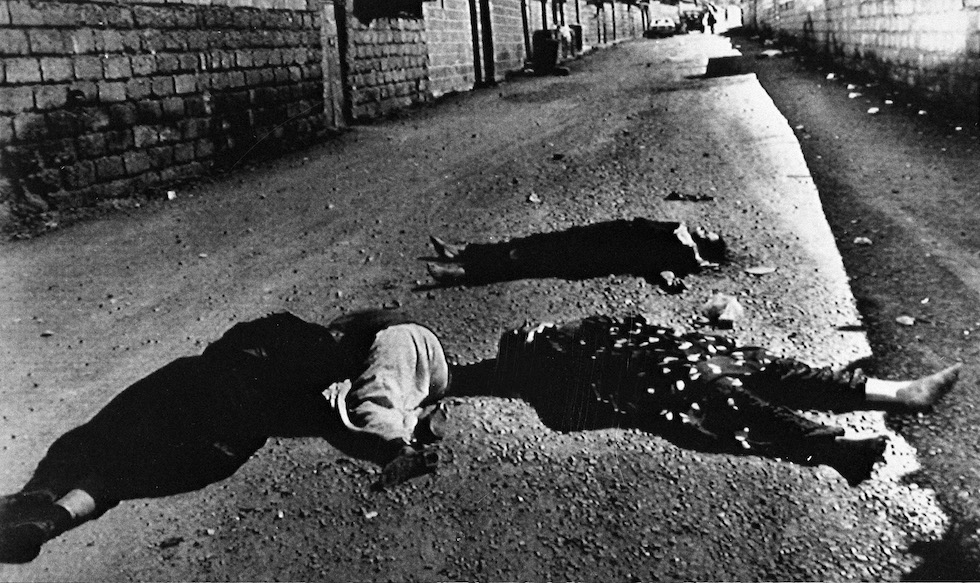 Victims of Iraqi chemical attack on the city of Halabja in 1988: about 5,000 people were killed, mostly civilians (AP)

The most famous betrayal occurred in the 1990s, when the situation was reversed again: the United States entered the war against Iraq, in the First Gulf War, to defend the Kuwait invaded by Saddam. American forces quickly pushed the Iraqi army out of Kuwait, at which point George HW Bush uttered a sentence that would remain historic: “The Iraqi army and the Iraqi people [devono] take matters into their own hands and force Saddam Hussein, the dictator, to withdraw ”.

The Iraqi Kurds (as well as various Shiite groups repressed by the regime) believed the declaration was a guarantee that the United States would help anyone who rebelled against the dictator, and started a major armed revolt hoping for American intervention. But help did not come: once again, thousands of Kurds were killed by the brutal Iraqi repression, with no one coming to their aid.

Trump and Syria
The latest betrayal dates back to less than a decade ago: in 2014 the terrorist group of the Islamic State (ISIS) conquered most of Syria and Iraq, and there was no one in the region who could fight it on the ground, or for lack of political will (as in the case of the United States or Turkey) or due to lack of strength (as in the case of the very weak Iraqi government). The administration of Barack Obama once again made use of the Kurds who became, especially in Syria, the “boots on the ground” of the West, that is “the boots on the ground”, the soldiers on the field: for years the Kurds were the main force that fought and ultimately defeated ISIS in the field, armed by the United States and supported by the bombing of the American Air Force.

The Syrian Kurds had proved very skilled in battle and after having reconquered large territories in northern Syria – part of their historical territories – from ISIS, they had begun to govern them in substantial autonomy. They hoped that having the support of a powerful country like the United States would help them in their cause for the creation of a Kurdish state, or at least a territory in Syria with great autonomy from the central government. After the defeat of ISIS, the United States maintained a contingent of about 1,000 soldiers in the region, to guard the area but also, indirectly, to protect the Kurds.

However, the de facto alliance between the Kurds and the United States was a problem for Turkish President Erdogan, who feared that the creation of a strong Kurdish political entity in northeastern Syria, right on the border with Turkey, would also create upheavals. among the Turkish Kurds, with whom Erdogan has been at war for years.

Donald Trump’s election victory was the opportunity Erdogan was waiting for. In 2019 he proposed to Trump the creation of a “safe zone”, a kind of buffer zone, in northern Syria, whose security would be guaranteed by the Turkish army: it was a substantial piece of the territories of the Syrian Kurds. Trump accepted, pleased to dump on others the heavy military commitments in Syria, and Turkey invaded the north-east of the country, where the Kurdish forces were located.

The withdrawal of the American troops was particularly ignoble because, among other things, before leaving the soldiers had convinced the Kurds to dismantle their defensive positions in the north, which could hamper the Turkish invasion, promising in return that they would protect them. But Trump abandoned these promises and left the Kurds to Erdogan. The arrival of Turkish troops in northern Syria caused the flight of tens of thousands of people, and massive violence against the Kurds.

Trump’s decision was exceptionally criticized, even by his allies, as well as by American troops who had fought alongside the Kurds in previous years: “The Kurds are the most motivated and capable force I have ever fought with, they fought to the death. . And now they are still facing the worst, ”an American veteran of the campaign against ISIS told Rolling Stone. 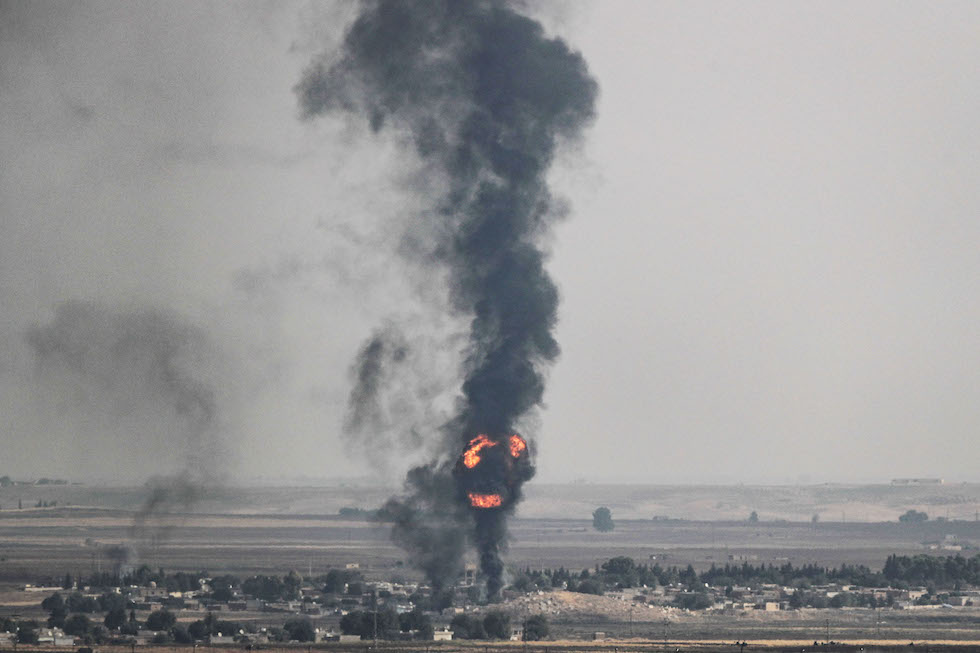 The latest betrayal
Compared to these tragic events, the latest betrayal against the Kurds is relatively more moderate, because it could involve a few dozen dissidents whose extradition Turkey has requested extradition to Finland and Sweden, because they are accused of being terrorists or supporters of terrorism. It is not yet even sure that the extraditions will take place, and under what conditions: the governments of Finland and Sweden have promised to help Turkey in the “fight against terrorism”, but have made no commitments on the extradition of specific individuals.

However, there is a possibility that the two countries will stop being a safe place for political refugees arriving from Turkey: especially in Sweden, the Kurdish community is very large and thriving, and some Kurdish people have even become members of the Swedish parliament. . This community now feels more at risk.

Leo (FdI): “Here are the economic priorities of the center-right coalition”

Garbi (Banca Sistema): “Pnrr overvalued, there will be a recession”

Berlusconi, the 3 youngest children and the double holding. In fact a split

Roots in the Sky The Hand of Glory 2: Lazarus Bundy Returns Announced | Ruetir.com

Juan Miguel, ex-husband of Karina, victim of a puncture at a festival: “It turns out that I have been injected with ecstasy”

New Avatar: The Last Airbender game could be inspired by Breath of the Wild