Robert Crimo, who was arrested in the July 4 shooting near Chicago, was formally charged with killing 7 people – Ruetir 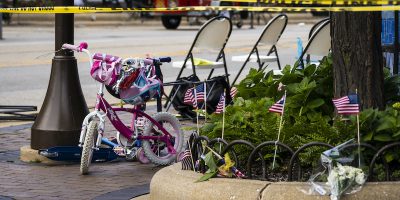 Robert E. Crimo was formally charged with killing 7 people and injuring over 30 in the July 4th shooting in Highland Park, a city north of Chicago, during the Independence Day parade. Crimo, who is 21, was arrested hours after the attack as a “person of interest” but was not yet a suspect. Initially, the people who had been confirmed dead in the shooting were 6: a seventh died on Tuesday in hospital from their injuries.

Police said Tuesday that Crimo had already been known to authorities since 2019. The officers had been called to intervene once after he tried to commit suicide, and a second time when a member of his family reported that Crimo had threatened to “kill all”. On that occasion, a collection of knives was found in his house, which included a dagger and a sword. Despite this, in the following years Crimo had managed to buy several weapons, including the rifle with which the police believed he would have carried out the attack on July 4th.

In the American media, these precedents of Crimo have been linked to the recent approval in the United States of a law that introduces certain restrictions on the sale and possession of weapons. The law expands criminal background and mental health checks for people under the age of 21 who want to buy a weapon, and could therefore have prevented Crimo from buying his, given that he was under 21 when he did.

– Read also: The United States has approved some restrictions on the sale and possession of weapons

Home: how to clean it perfectly in 30 minutes, a dream

Sand batteries can store energy for months. Finland has already started using them

The brutal transformation of Christian Bale in Amsterdam

They create a huge graph imagining the ancestry of the dog Pokémon – Ruetir.com

Hunger Games: Peter Dinklage joins the cast of the prequel