Project Warlock II brings back this classic FPS madness, with lots of colors and lots of action. 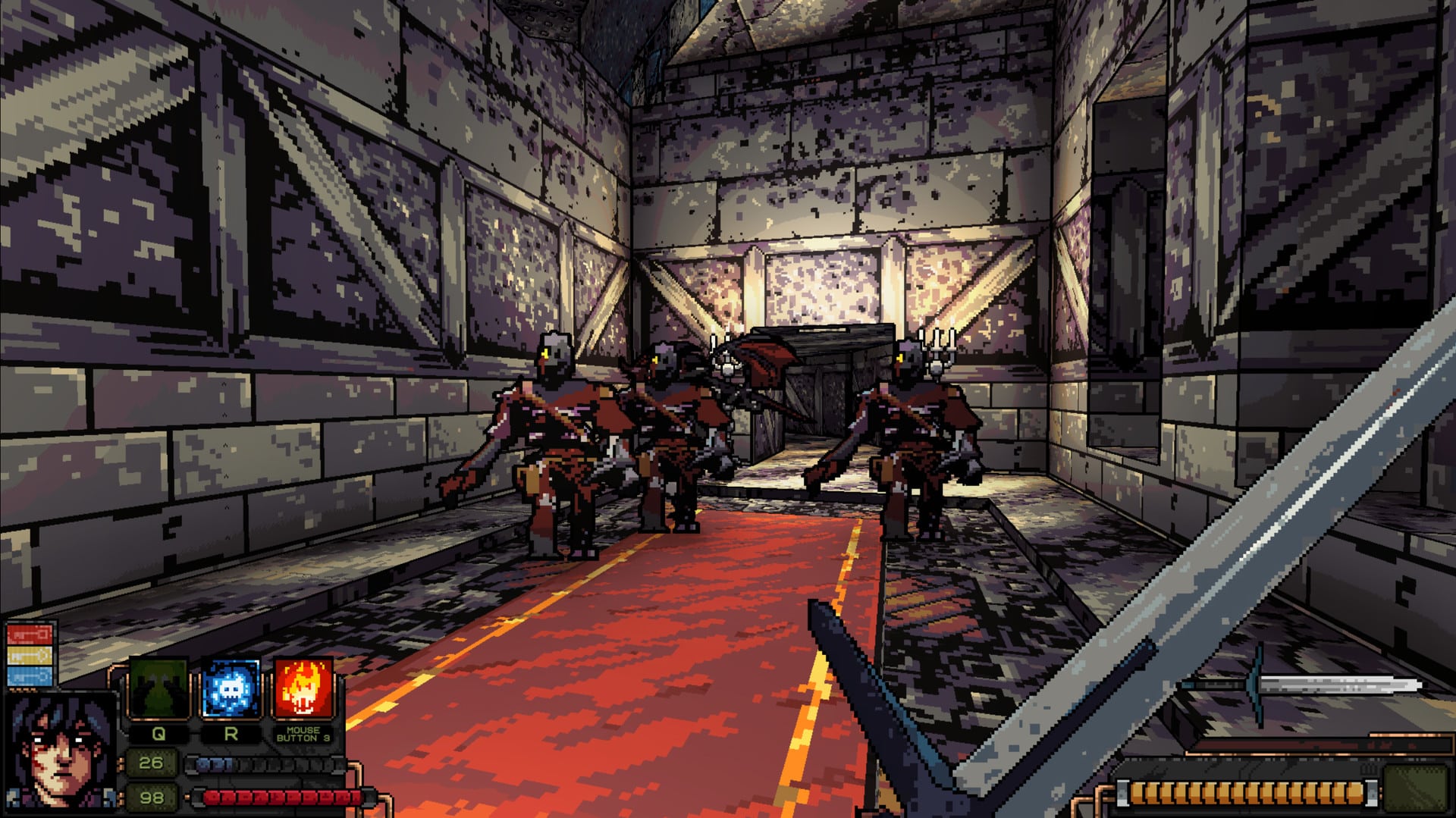 It’s been great to see such an interesting variety of levels, although the combat, at times, fell short.

Project Warlock 2 has vastly improved on its original concept, first of all the obvious improvement in the visual department, this time it’s a much flashier game that takes this colorful retro design and fleshes it out, the enemies in particular are fantastically animated, the levels they’re well modeled and feel quite unique from each other, the maps feature a decent amount of exploration and require thought to complete.

The game is constantly increasing the pressure of resource management, even though it doesn’t feel like it at first, the first two levels make you feel like maybe you don’t need to worry about that, you’re collecting a lot of shotguns and rifles. ammo and the sword doesn’t seem like it’s that necessary since you can shoot everyone in the face, when I was level 4 and 5 if I wasn’t smartly incorporating that sword I was in a horrible situation. low ammo situations, so my advice is to get used to it quickly and use it as long as it’s not too risky.

Sword causes random ammo drops so we have a system similar to Shadow Warrior 3 where sword kills and sword hits grant ammo, pickups are random for different specific weapons so you can’t just run around with a sword all day because it uses stamina every hit that does less damage as your stamina decreases.

Also in Project Warlock II is a combo meter that encourages you to move fast, play aggressively, and execute smart shots to kill multiple enemies at once. As you kill enemies, you will see small ammo pellets appear and when you hit a 10x multiplier through consecutive kills, enemies start to lose cooldowns. orbs for your abilities, each one takes a couple of seconds off of that ability’s cooldown and then a 15x multiplier causes enemies to drop health vials and armor shards, this is a wonderful incentive for fun and creative play . And of course, a challenge for those of us who like challenges.

Project Warlock 2 is a more streamlined experience compared to the first game, there are different characters, as you play you will unlock a freeze skill which is invaluable, a spell to save you from wasting ammo with long groups, and the dual wield skill.

The freeze skill has a default cooldown duration, the fire can be canceled to have a shorter duration, for the jug skill, if you let it naturally deplete in about 10 seconds, it has a full one minute cooldown period , but if you switch weapons at any time, it will cancel the ability, resulting in a much shorter cooldown of between three and seven seconds, depending on how long you’ve been using it.

This creates really interesting strategies of dual wielding a weapon for just a few seconds to focus on a large enemy and then switching to something else.

Load times can be a bit annoying, the length of load times becomes more important the more you watch them and in this game you could die a lot and very quickly spend more time looking at the loading screen than playing because some parts can be hard to beat without dying immediately after respawning in the game along with a few more minor issues.

Issues aside, Project Warlock 2 has mostly been a joy to play proves that retro FPS retro titles can have modern depth. I recommend the game to you, especially if you are a fan of the retro FPS genre.

This review was made thanks to a PC copy provided by Retrovibe.

If you were blown away by Sword Art Online, now this free MMORPG wants you to immerse yourself in its virtual fantasy

How to watch LaLiga in bars this season? This is the distribution of rights

COVID: Mexico registers 14 thousand cases of the virus and 88 deaths this Wednesday