The exclusive park of Nintendo Switch, for this summer, it is hotter than ever, with famous titles and small potential hidden gems among which Live A Live stands out. The JRPG by Square Enix e History is a port / remake of the original title released in 1994 only in Japan for Super Nintendo, and it has remained practically unknown in our country, as has happened many times in the past with equally important and courageous productions, mysteriously however limited for reasons of distribution, marketing and so on. In reality, behind its “simple” remains Live A Live was and still is an ambitious project, which has been able to involve in addition to an important software house such as Square Enix (at the time Square) also illustrious exponents of the manga industry, among which the author of Detective Conan stands out, who has actively collaborated in the creation of a decidedly character design interesting and of the highest level. For this reason, but not only, we immediately felt attracted to the production, which in this new role has also enjoyed a necessary technical and structural review, presenting itself with the same solemn artistic splendor of products such as Octopath Traveler and Triangle Strategy, based on that HD-2D style that is slowly becoming popular in the hearts of fans after the aforementioned productions. Porting Live A Live to Nintendo Switch, however, is not just an aesthetic job, since even the game dynamics have been partly revised and designed to be more suitable for the current videogame generations, while keeping their style almost intact. After having tried the first chapters of the adventure firsthand we are ready to tell you our very first impressions on the title, to be released next July 22nd exclusively for Nintendo Switch. 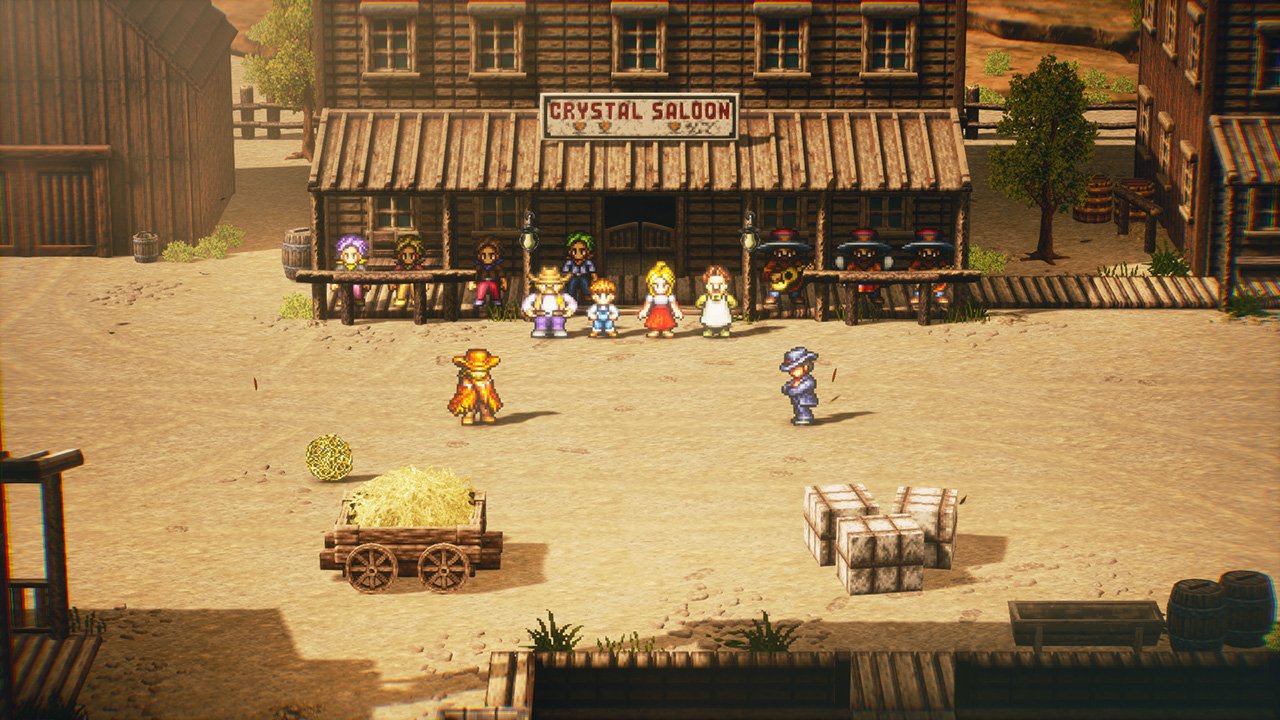 Before analyzing the dynamics of the game and the sensations generated by them, it is necessary to make an important premise. Live A Live, in this version as, and especially in the original one, is a title made up of seven different chapters, “physically” disconnected from each other and apparently also at a narrative level. This means that the player can face each of the seven adventures freely and in the order he prefers, as long as he uses the same save in order to safeguard his progress obtained in one of the various chapters. Having made this necessary clarification, we want to immediately move on to the impressions that aroused in touching a product that officially carries twenty-eight years of life on its shoulders at a playful level but which, to tell the truth, does not seem to prove them at all. Without spoiling anything on a narrative level and without even telling you in detail which of the stories we have already finished, we want to reassure you about the game experience, which has proved more current and fun than we could imagine. Thanks to a very simple but nonetheless layered control scheme and a combat system that looks like a Japanese RPG with some sprinkling of tactics typical of strategists, Live A Live has been able to surprise us in terms of conception and general constructionalthough we want regardless of the work done with the remake. 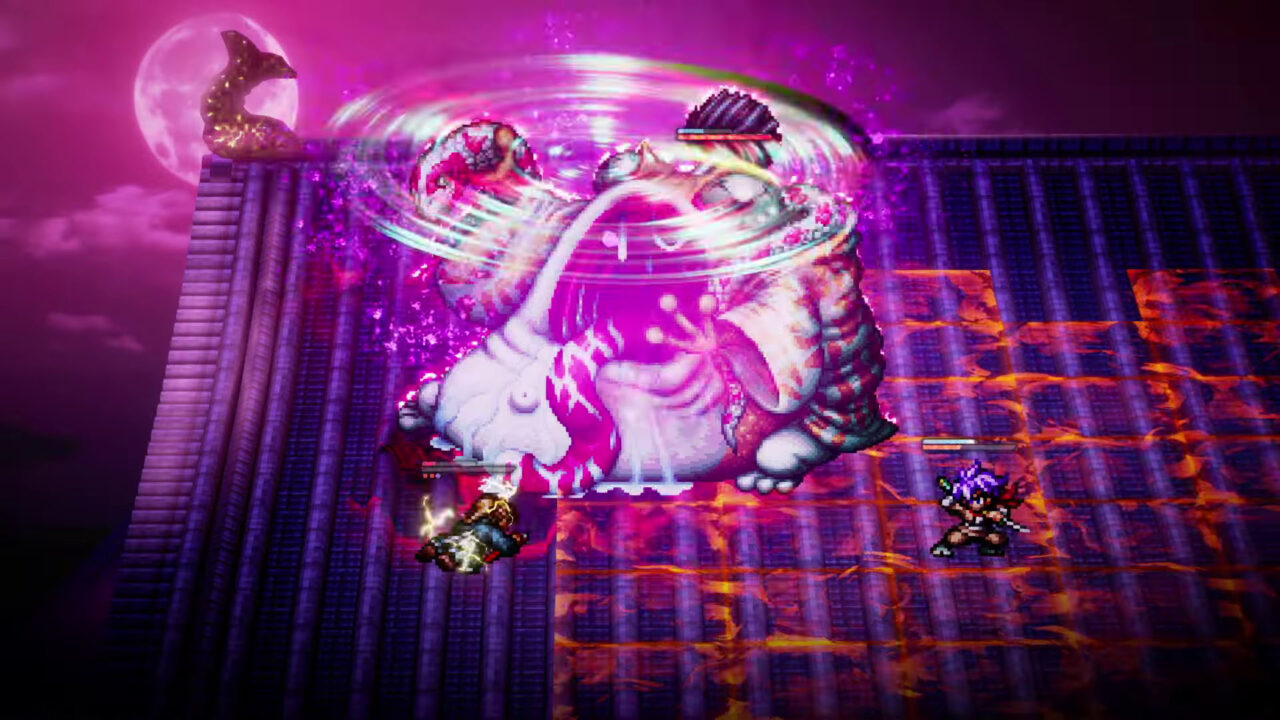 To be clear, the game seems to hide its age well, even at the level of development and enhancement of the various usable characters, and we continued to think about it also and above all by varying from one hero to another, with the obvious consequences in terms of differentiation. of the narrative structure as much and above all of the playful one. Let’s be clear, the combat system, that is the way in which the battles take place, always remains the same, to change is the approach itself to the clashes, which is very much based on the characteristics of the chosen hero. The porting made by Square Enix therefore seems to be able to wisely blend tradition and necessary “innovation” in terms of game dynamics, but this does not mean that it does not expose itself to critical and probably obvious problems. First of all we noticed that, just keeping in some way faith with its age, the game presents a level of challenge that is not always in focus and a difficulty curve that is in some ways unbalanced, which highlights what was a bit of the concept of the game tenured at the time. Live A Live, also in this new guise, feels the weight of the years in this sense, and it is felt especially in some specific levels, which seemed to us decidedly more complex and in some sections unnecessarily too long. Overall, however, thanks also to some gameplay goodies that we will talk about in more detail in the review phase, we can be more than satisfied with the work done by Square to give this version of the title a second youtha move that, we are sure, will be able to help give the right space to a production that was at the time too under the table.

Clearly, the second most important aspect relating to the production, being a port, is linked to the technical and graphic aspect, which also in this case has been able to convey excellent sensations. The Nintendo Switch version of the title, which as mentioned above carries almost thirty years of life on its shoulders, it comes in a very good shape, in terms of both cleanliness and image quality as well as stability, bugs and general optimization. Inheriting with strength and conviction the graphic style already seen and appreciated in productions such as Triangle Strategy and especially Octopath Traveler, from which the game also inherits other fetishes that we do not want to talk about yet, Live A Live presents itself under an incredibly captivating aesthetic and audiovisual guise, in a more or less homogeneous way from level to level, with different qualitative peaks, linked however more what else to the setting of the chapter itself. In this respect, Square Enix has really done a great job, transforming without distorting a product full of charm and characterized by an important style, starting with that relating to character design.which takes on greater luster and life under this new guise, capable of bringing out a commendable and rich in ideas work, and unjustly abandoned a bit to itself in the original version, all too snubbed especially in the West. 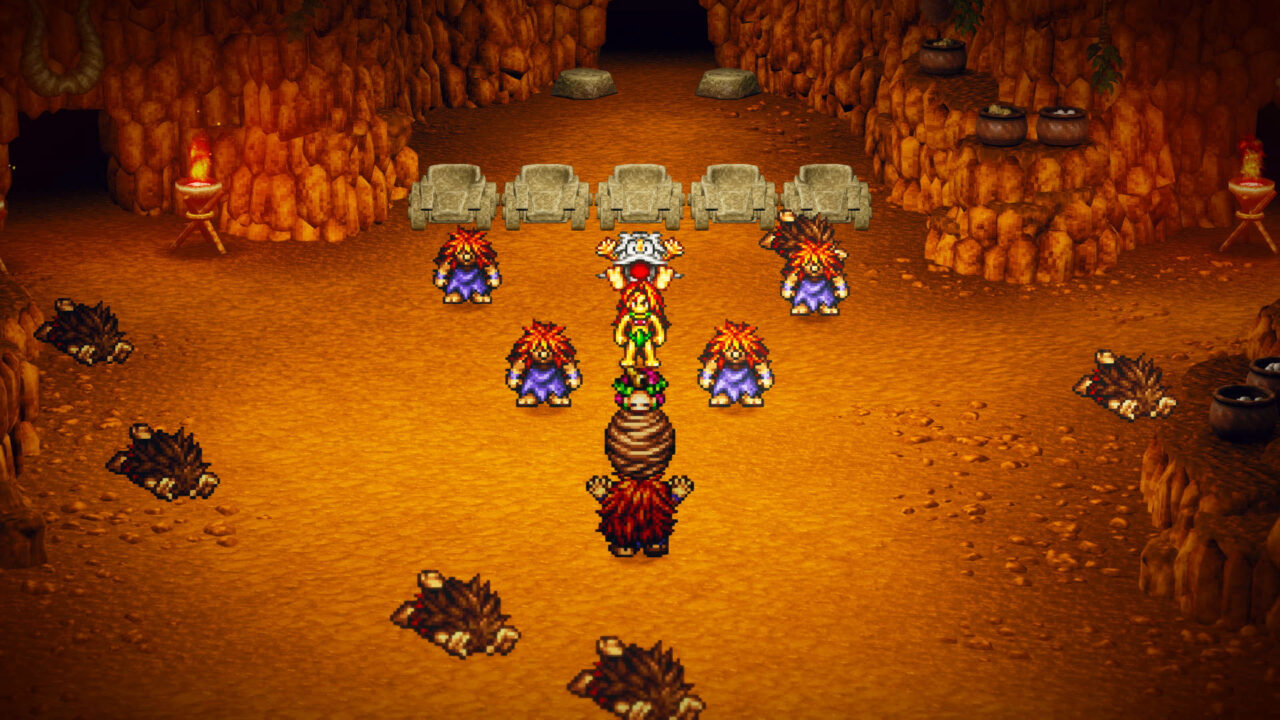 Live A Live seems to run very well on our new one Switch Oled, both in docked mode and above all in portability, in which even in terms of color and image cleanliness, obviously due to the smaller size of the screen, it offers a visual impact that is as pleasant as it is moving, which we are sure will delight everyone the admirers of the genre and in particular of those who appreciated the two aforementioned samples. If we really wanted to find a nit, this would certainly be linked to the camera and in general to the difficulties in moving around the maps, often unclear and certainly not in step with the times, but it is still a delicate point to deal with. and which maybe we will deal with specifically in the review phase.

This very first contact with the Live A Live remake has certainly left us with some great feelings. Net of the “difficulties” generated by dealing with a product that has over twenty-five years of life on its shoulders, the work done by the developers to make the gaming experience current and enjoyable by all gamers seemed to us to be of an excellent level and we do not see wait to confirm everything in the review phase. Of course, some problems related to the very nature of the game seem to persist, but we want to wait a little longer to be able to express ourselves definitively on what, in any case, is another little gem of the Nintendo Switch exclusive park.

Kenan gets into a car accident with Akif after finding out his friend is having an affair with Suzan!