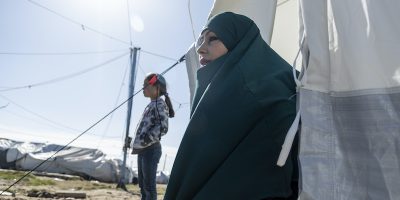 France repatriated 35 children and 16 women who lived in detention camps in Syria for people who have or had ties to jihadist groups. It is a decision in contrast with the policy adopted in recent years by France, which has always refused to repatriate and try French women who have left to join the Islamic State (or ISIS). The 16 women in question are all French, except two who are mothers of French children, and will be tried for joining ISIS.

After the defeat of ISIS and its withdrawal from Syria in March 2019, many women and children remained in the country who had left Europe in previous years to join the group. Since then, these people have been detained in Kurdish-run camps in northeastern Syria, where sanitation conditions are often very bad. Some of the children were born in these same camps, many are orphans.

In recent years, many activists and some international organizations, including the United Nations, had asked France to review its return policy. It is estimated that 150 French children still live in detention centers in Syria.

Mcdonald’s is all about memory: this is what is about to come out!

Digi launches its own Dropbox, although it loses by a landslide against Movistar

China is facing one of the worst droughts of all time. It’s bad news for everyone

Amazon Prime Video renews its interface: this is how it will look from now on