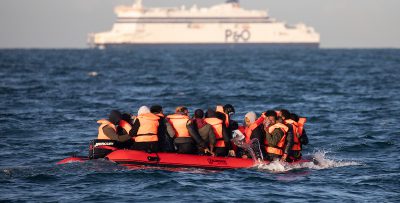 A police operation involving several European countries uncovered a large criminal organization that managed the smuggling of migrants across the English Channel: migrants were made to cross the Channel in makeshift boats to reach the United Kingdom, in precarious conditions and with the constant risk of shipwreck.

The operation involved police from the UK, Belgium, France, the Netherlands and Germany and resulted in the arrest of 39 people in all, as well as the seizure of 150 boats. The criminal organization is estimated to have illegally brought 10,000 migrants to the UK in the past 18 months.

– Read also: Decathlon will no longer sell canoes in the north of France

Windows 7 2022 Edition, the operating system we dream of and hope will be a reality | Ruetir

They reveal what happened to The Avengers in the Illuminati Universe