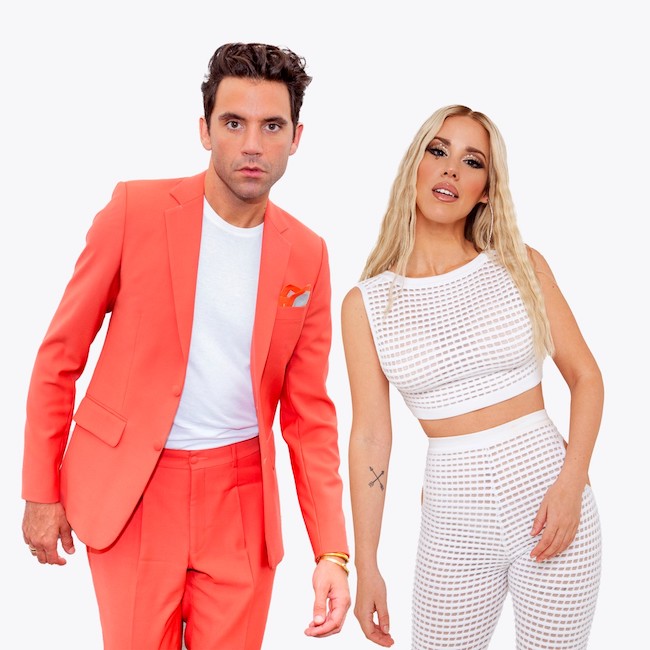 From June 17, the new single will be available that tells the nostalgia of the good times shared with another person

Yesterday came the announcement that everyone was waiting for: “Bolero”(This is it / Columbia Records Italy / Sony Music Italy), the new single from Baby Kwith the special collaboration of such a great international artist Mika, will be out everywhere and on the radio from Friday 17 June. To surprise the fans of the artist, however, it will not be only this announcement, they will have to wait for Friday to listen to the song – available from today in pre-save and pre-add at the link https://BabyK-MIKA.lnk.to/Bolero – and be enveloped by what is a piece that clearly confirms the evolutionary path that BABY K has already undertaken and that, in this new song, sees her close to one of the most original pop songwriters of this generation, Mika.

A single in which the sound winks at 80s synthwave nuances, meeting an exotic world. A real short circuit between the voices of the two artists, who come together releasing an explosive power.

Despite the uptempo rhythm, “Bolero” brings with it a hint of melancholy and tells the nostalgia of the good times shared with another person. Even if the most beautiful season of the year has arrived, now that the relationship is over everything is different, because being together is just a memory… at least until it is possible to find oneself in an astral conjunction, “where the sun meets the Lion”.

Produced by Dardust and written by Baby K and Mika together with Fulminacci and Jacopo Ettorre, “Bolero” introduces us to the musical nuances of the singer-songwriter, partly still unknown, accompanying the artist’s fans on the well-defined path that the artist has undertaken in the last years.

Meanwhile, the expectation for the dates of the Donna sulla luna Tour, produced by Friends & Partners, which will see Baby K protagonist of four special events in November, is growing more and more, in which the artist will finally bring his latest album live in studio and all his greatest hits.

These are the confirmed dates:

Autumn will be a great live season also for MIKA, which with its “MIKA – THE MAGIC PIANO” will bring two shows to every Italian city it will touch: one in theaters, one in arenas, for an iconic formula created exclusively for the ‘Italy and which will be inaugurated with a great preview at the Verona Arena and at the Verona Philharmonic Theater. The common denominator of the tour dates, produced and organized by Mika himself with Friends & Partners, will be Mika’s magic plan.

These are the appointments:

Ticket info on the two tours by Baby K and Mika: www.friendsandpartners.it

Claudia Nahum is aka Baby K. Born in Singapore and raised in London, Baby K is the Italian artist of records. You collaborate with several of the most important artists of the music scene such as Tiziano Ferro and Major Lazer. Baby K is the only Italian artist to have obtained a diamond disc from FIMI in the digital age, thanks to the single “Rome-Bangkok”. In 2020 she reconfirms the record as the most viewed artist on Vevo from 2009 to today, with 3 of her video clips of her in the top 10 ranking. In 2021 she is the first Italian artist to total a billion views on her channel YouTube of her.

The incredible transformation of Moonie, the abandoned dog with his old dirty harness

Russia-Ukraine war, Putin: “Ok to Finland and Sweden in NATO, but we will respond to a deployment of troops”. The White House: “The conflict could last until 2023”

Administrative elections 2022, the case of Messina: 17 days from the vote there is still no definitive result

In Lautaro's head: does it stay or leave? All the cards on the table