Break: McLaren ‘lyed’ and will come with an electric SUV

McLaren was one of the few brands that promised not to build an SUV. You guessed it: they caved under the pressure.

That reports the British Autocar today. The news has not yet been confirmed by the manufacturer itself, but the usually very well-informed automotive medium has indications that McLaren has surrendered after all and has started with an electric SUV in its nursery. That model will be the first production McLaren with more than three (!) seats.

And that’s a shame, because McLaren was, as said, one of the manufacturers that insisted not to build an SUV. In 2018, Mike Flewitt, CEO of the brand at the time, said: “You don’t have to be a math genius to see that an SUV for McLaren cannot be profitable,” he explained at the time. “We have to develop such a model from scratch. Can we immediately build a better version of the Range Rover or Porsche Cayenne? Sure, but it costs billions! With our current production figures, we will never recoup such an investment.”

CEO: ‘McLaren is not for sale’ 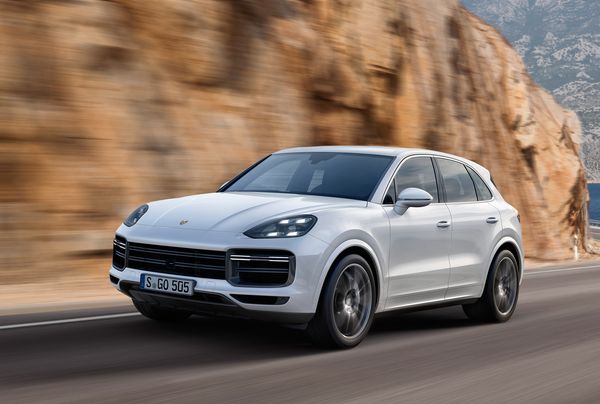 Porsche even comes with an SUV model above this hugely popular Cayenne.

That McLaren is now coming up with an SUV is actually not a surprise. Business is not going well in British Woking, so every effort is being made to ensure a healthy future. The company is now opting for a solution that appears safe at first sight. Performance SUVs are selling like hot cakes and so McLaren also thinks it can be a financial rescue. Nothing is sacred anymore with the sports car builder. In addition, the brand is now led by the German Michael Leiters, who as an engineer at Porsche saw how the Cayenne and Macan brought gold mountains.

Porsche comes with SUV above the Cayenne

Where many other manufacturers, such as Aston Martin, Lamborghini and Ferrari, opt for a model with a combustion engine, the high-legged McLaren immediately goes fully electric. An internal combustion engine is not on the program. It will start with a single model, which will then appear in several variants. Think of four-wheel drive versions with two or even three electric motors. According to Autocar, the models will cost about 350,000 pounds, or more than four tons. McLaren’s SUV will appear in the second half of this decade, by 2030.

Seen a mistake? Mail us. We are grateful to you.