Franco Tinto tells us about “Poetesse in Musica”, his new album

For the occasion, Franco Tinto, the main author of the music, made use of a sextet called “Poetry Sextet” 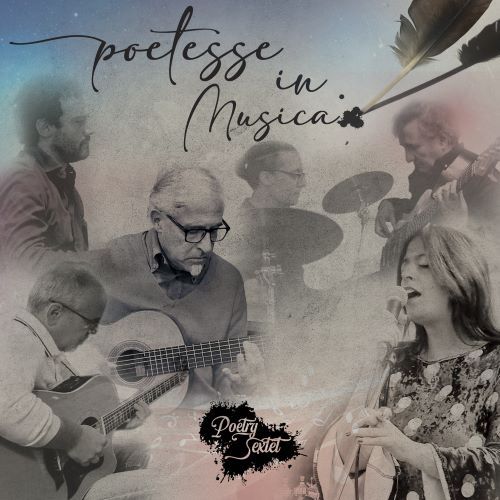 Poetry that blends with jazz in an elegant, refined, cultured record. In this way we could summarize the essence of Poetesses in Musiclast work of the teacher and guitarist Franco Tinto to be released on March 31, 2022 for the Filibusta Records label. This musical project was born from the meeting with the poet Silvia Cozzi, author of a poem entitled “Il Jazz”. This is the starting point that initially led to the writing of a song, which was followed by a larger project. Thinking of the previous work entitled Accordi di Donne, the idea developed was to take poems always written by women to create musical pieces. In the previous album, therefore, the authors of the lyrics had been directly inspired by the music, while in this work the lyrics were born first, which were later set to music and then transformed into songs. From these poems, therefore, 16 pieces have emerged which have been given a more jazzy, intimate and songwriting imprint.

“Poetesse in Musica” is your new album, what is it about?

It is a project that follows the previous “Women’s Agreements” with texts written all by women, this time poetesses, in fact. But in this case the imprint is more swing, with the participation of a sextet, which I called Poetry Sextet.

What do you want to convey with this work?

Through this record I want to convey suggestions derived from the words of the poems, because this time, unlike the previous work, it was I who got inspired by the text.

I have no particular demands, I hope you like the work, given the quality of the musicians involved, whom I was lucky enough to meet during my career.

It all started with the acquaintance of a poet, Silvia Cozzi, who made me read one of her poems entitled “Il Jazz”. And I could not fail to take the cue to accompany her musically. From this starting point, I involved other friends who I knew were poets and I continued on that track as mentioned above.

Paper Girls, the Amazon series is shown with the trailer!

Covid transmitted from a cat to the veterinary, Ilaria Capua: “Don’t worry”

Russia-Ukraine war, missiles on an apartment building in Odessa: 10 victims, including children

Lakers, three finalists for the bench. And a sensational market intrigue ...