“Borderline”, the new song by Bob Sinclar sung by NYV

From May 13, the new single by the French producer will be available on radio and on all digital platforms 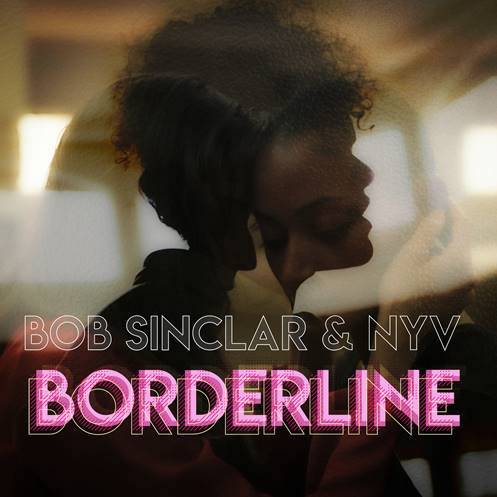 It never ceases to surprise Bob Sinclar. After the latest hit “DNA”, the French deejay and producer, much loved in our country, returns to the international scene with a powerful new song, “Borderline“, Written and sung by NYV, an artist of Moroccan origin living in Italy. Released by Time Records, the new single will be on radio and in digital stores and platforms from May 13, accompanied by a video.

So Sinclar on Borderline and the collaboration with NYV: “Sometimes the purest form of talent can cross the life path of the artist and the producer. NYV is part of this family. He contacted me a year ago to let me listen to his Italian songs created for a local music label. I immediately felt that she was not happy with the artistic direction she dictated. NYV is a talented author, composer and multi-instrumental artist. After several long-distance exchanges between Paris and Milan, I managed to instill confidence in her so that she could grow in her universe. In a few weeks, she sent me the demo of “Borderline”. It is a very powerful song, full of erotic emotions, which tells the story of a “50 Shades of Gray” relationship. My desire to produce this single triggered our first collaboration together ”.

This is the text of Borderline “I’m trying to strip off in your mind, follow the show, you’re gonna fall through desire, just let it grow, keep on dancing together over the flashlight, lay down with me to get better, slowly trick me tonight… take me to your borderline, I swear that I could love it, there’s no need to be shy, take me to the other side of your sickness story and your heartless life… time to play with all my sins, denying our million lies, let me see your sweetest dreams till we fall in each other’s eye… don’t let me go before i stopped to be confused, it’s time to realize you need me more than you know ain’t got no time to loose, no rules to deny “

Bob Sinclar is one of the longest-running deejays and producers on the international scene. With an over twenty-year career studded with world hits, hundreds of platinum and gold records, Sinclar is a true legend. He boasts an enviable following on his official YouTube channel, with over 600 million views, has released nine albums and countless songs that have become part of the history of world dance music. Among these stand out “I’m on my way”, “Electrico Romantico” with Robbie Williams, “We could be dancing”, “DNA”, and the older “I believe”, “World, Hold On”, “Love Generation” , “Til the sun rise up”, “Someone who needs me”, “Cinderella” and “Making love”.

Sinclar is also a fashion icon. She has been a model and has lent her image of her as a testimonial of famous brands all over the world. Lover of art in all its expressions of her, she collects paintings of modern art and pop objects. Passionate tennis player, he shot a video on the “Roland Garros” court during the French Open.

VGML: cinema for the environment

France, military planes make contact during an exhibition: the roof of a house damaged

Antonella Clerici: this is how Maelle became !! A dream

Construction sites on the motorway, in the A12 two nights of closures for the Nervi-Recco section. Truce starting from 27 May

Opinion - Ricardo Araújo Pereira: Like McPicanha without picanha, today many things are said other things