“L’alieno”, the new single from the Roman singer-songwriter Eugenia Martino 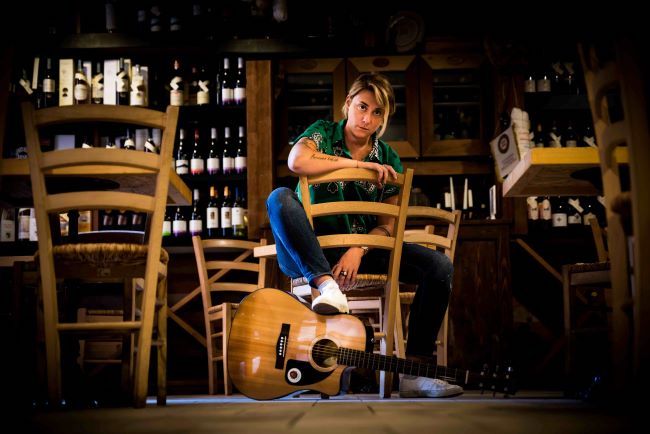 “This is a record of stories stolen from the world, of characters met by chance in my life or in the life of others, it is a book of adventures to listen to, there are raw emotions and others more delicate but none of these are the fruit of fantasy”

Dal is in radio rotation “The alien“(L’altra mezzo srl), the new single by the Roman singer-songwriter Eugenia Martino. The song is contained in the album “The alien, the Caliph and the child”, produced by Mogol and edited in the artistic production by Massimo Satta. “The Alien” is a song that makes fun of the impossibility of having sex for an alien who lands on earth due to his physical diversity. It is inspired by the story of a boy who was disabled after a bad accident and unable to live a sex life after it happened: “I thought I’d write a song that would find a solution to this too because true love always finds a solution”, explains Eugenia Martino.

“L’alieno” is your new single, what is it about?

The alien is inspired by a disabled boy who after a bad accident could no longer have a normal sex life, so this is a song that tries to exorcise such a delicate problem by turning it into a fairy tale in which love always finds a solution. .

The single is contained in the album “The alien, the Caliph and the girl”, how is it composed?

The album is a small book of stories to listen to, most of them are mini novels within 3 minutes, only 3 songs are part of my life. I liked the idea of ​​a story song with much more pop melodies.

The album is produced by Mogol, how did your musical encounter happen?

I attended the authors course at Cet, his school, in 2018 and in class he listened to some songs I had written, he was impressed. At the end of the course he asked me to stay as a teaching assistant, and told me that he would produce my songs. It seemed like a thing called that. For me it was a dream that came true after years and years of apprenticeship, I didn’t want to delude myself, but he kept every word. Now I teach at Cet and he produced my record.

Nepal, a small plane with 22 people on board disappears from the radar: nineteen are tourists

Accident at work in the Rodigino: worker falls from 5 meters high and dies

Shooting of Nijverdal's house linked to the murder of a lawyer: 'We were shaking on our legs'