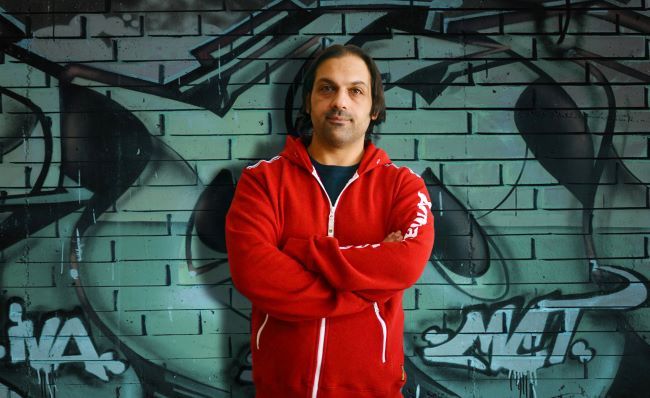 “I wrote this passage starting from a reflection on the historical period that mankind is experiencing, where many moral values ​​and civil rights are gradually disappearing”

From Friday 7 January it will be available in radio rotation “Dissonanze cognitive”(Just in Record), the new single from Pietro Panetta. “Dissonanze cognitive” is the title of the new single by Pietro Panetta, a song between rock and grunge which, with a touch of irony, describes what the artist sees more as a pan-demon than a pandemic. In the passage some “contradictory” phrases are expressed that are often pronounced when talking about this now cleared and at least boring topic. The words in question seem to be those of a “believer” seen from the eyes of a “skeptic”. Much attention has been given to not touching the subject too deeply and not showing oneself to one or the other side. In fact, even in the refrain, which includes a series of repeated “come with us”, it is not clear from which of the two “parishes” the request comes.

“Dissonanze cognitive” is your new single, what is it about?

Dissonanze Cognitive is a controversial and ironic piece, and in some ways also provocative. It represents my personal reflection on the historical period we are living in, where many of the moral and civil values ​​are gradually disappearing, leaving room for a man who is angry with an increasingly frenetic and technological, aseptic society, hence the difficulty in relating to others. The idea of ​​proposing a character “fused with technology”, like the girl on the cover and in the video, equipped with a wi-fi antenna installed on the head to receive signals and genetically modified and / or enhanced, brings back a despotic scenario that terrifies me very much, therefore in this respect, we could say that the song also represents my fucking fear of a hypothetical and at least distant future very different from the present present.

With this piece I would like, with a little irony and lightness, to try to make us reflect on the period we are living through. I see a lot of contradictions and people are split in half with completely different lines of thought. This in my opinion is not plausible. In some ways a witch hunt has been created and the reality has also been too distorted. I would like some to try not to stop at appearances, not to take everything that is served up for good, without ever questioning anything. Over the past two years I have heard so many of those contradictions, arguments and nonsense that half would be enough to put on a comedy show. Then there is also the dramatic side, the one that has seen many families lose loved ones and here I can’t help but think if more could have been done.

There is also a video, how is it characterized?

The video clip is made in a very simple way as I opted for a still image that shows the cover, adapted in 16: 9. In the video it is possible to see a futuristic girl, with a completely shaved head, from which a small wi-fi antenna emerges. A butterfly has been placed on the mouth to symbolize an imposed silence and therefore the impossibility of expressing one’s thoughts. The video features small transition frames that allow you to see some variation in the video. For example, it is possible to notice the girl while in some moments she winks at the listener as a sign of complicity or to notice that the wi-fi antenna from time to time receives some radio signals or even changes of color and lights in the scenario. This minimal mode was intended to further emphasize the ambiguity of the scenario and at the same time keep the listener focused more on the song than on the video.

How did you get into music?

In reality I don’t remember a real moment that I could identify with the beginning of this passion of mine. I have loved music for as long as I can remember … Surely being raised in a family where my father and some uncles delighted in strumming the guitar, could have given me some form of imprinting towards music, even if it has never been granted to me. to touch the tools. I remember that as a child I used an old double cassette tape player to make rudimentary montages by gluing small pieces of music by different artists. Then REC and STOP and then into another cassette and again another REC and STOP… And so on… Needless to say, the result was something unlistenable but I had a lot of fun.

Men and Women: the scene amazes everyone, impossible

Tina Cipollari: her future at U&D is uncertain, it could change everything