“The girl of the future”, the tracklist of Cremonini’s album and the single

The tracklist of the highly anticipated new album will be available for release on February 25th. In radio and digital the single poster of the disc 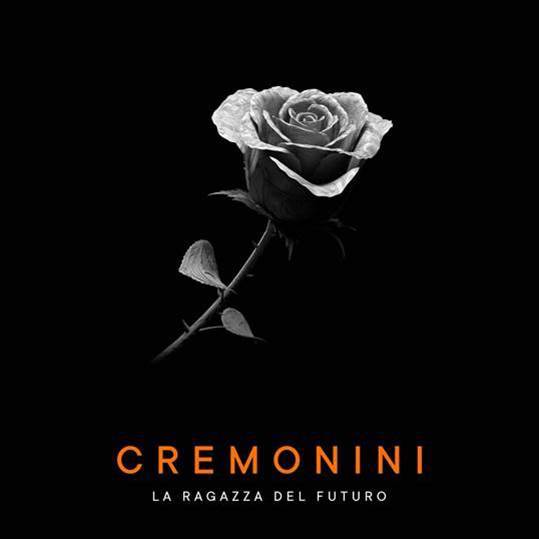 MILAN – The new single from Cesare Cremonini, “The girl of the future”, Is now available on all digital platforms (https://rdf.lnk.to/Nun8qIgp) and on radio. The song is the manifesto of the highly anticipated new album “The girl of the future”, the tracklist of which was revealed today and will be released on February 25, 2022 (already in pre-order for Virgin Records / Universal Music Italy).

“The girl of the future” is a dreamy and imaginative dialogue between Cesare and the future, between his time and that of the new generations, played by a young and persuasive girl, towards whom, through a text constructed in two stages like a film , the songwriter and producer seems to feel a strong sense of expectation but also of protection and tenderness.

From an artistic point of view, the song is yet another challenge not so much to Cesare’s musical past, now very rich in a vast and personal repertoire, but to his present, constantly evolving and for the umpteenth time consistent with his way of understanding. the music. In fact, Cesare manages to move freely, having fun and without fear, in the great songwriting tradition of his masters, covering it with current, personal concepts and modern and innovative sounds.

In the text, this time he immerses himself in a reflection on the role of the new generations in our society, on man’s need for organized illusions, on the voracity of our society that devours these illusions, transforming them into communication slogans, and does so to the rhythm of a song. with a seventies flavor characterized by a very captivating bass riff, with an immediate grip, accompanied by the drums of the legendary musician and producer Steve Jordan.

“When this song was born I realized that I had also found the new album, or rather its center of gravity, explains Cremonini, because” The girl of the future “landed on the piano keyboard like a sailing ship and immediately became the figure central of my picture. For this reason I could not treat this song as a simple single of my career but I gave it the responsibility of the title of the new project. If “Colibrì” told the genesis, now, “The girl of the future” reveals the face of the album, which has a profound message, a thread that binds each song to the next through a research on our lost feelings.

In this song I sing a future that I feel pervaded by femininity, youth, sensuality, courage, freedom, but which I also feel in some way that I want to protect with all my strength. “The girl of the future” could be the moving song of a father to a daughter, of a brother to a sister, of a friend to a friend. The message he wants to leave is that in the chaos we live the greatest act of courage is to accept life for what it is, leaving free to go and live this time, albeit frightening, who we love more than ourselves.

The song contains images of great restlessness and strength but at the same time it is a light and radio song that invites us to live the present by dancing on its ruins, loving freely, leaving behind the fears of our time to go towards every possible emotion. We have nothing more to lose in this sense ”.

Tracklist Album “The Girl of the Future”

Expected super guest at the 72nd edition of the Sanremo Festival, for the first time on the Ariston stage, he will create an unprecedented performance to celebrate twenty years of songs. Drawing for his career an ascending parable made up of quality and ambition that have made him one of the most influential authors, musicians and performers of his generation, Cremonini, in constant search for possibilities even beyond music, has been building for twenty years now timeless, indelible and courageous pieces that have become part of the Italian musical heritage. Rare and precious, his television appearances will make this performance an awaited spectacle in the show that the artist will build for one of the most prestigious stages ever.

“The girl of the future” is the seventh studio album by Cesare Cremonini which will be back live in the summer of 2022 with “Cremonini Stadi 2022”. It will start on 9 June 2022 in Lignano – Teghil Stadium (date zero); then on June 13 Milan – San Siro Stadium; on June 15 Turin – Olympic Stadium; on 18 June Padua – Euganeo Stadium; June 22 Florence – Artemio Franchi Stadium; June 25 Bari – Arena Della Vittoria Stadium; on June 28 Rome – Olympic Stadium and July 2 Imola – Enzo and Dino Ferrari International Circuit.

Tickets for the dates, where available, are on sale on www.livenation.it and in all authorized points of sale.

Ciro Immobile: the news that leaves you speechless has arrived

Mining research on Mont Blanc in Val Graveglia, another no to new mines by the Council of Liguria

‘Cartoons on the Bay’ returns to world premieres and transmedia

Hazard, the decline of a champion: it costs only 20 million, but nobody wants it