“Come Frank” is the new single by Francesco Curci

“With this song I start from scratch, I write a new chapter of my personal and artistic history, it is no coincidence that it comes out on my birthday” 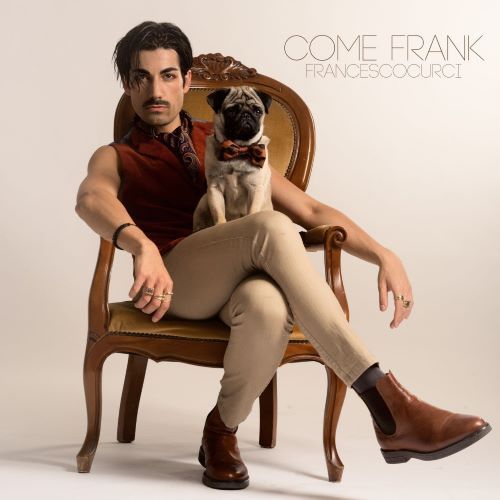 The new single by Francesco Curci by title Come Frank. The song inaugurates a new artistic and life path, it is no coincidence that it arrives on his birthday, after three years of absence lived in search of new expressive forms and marked by a radical transformation of his image from which a new artistic awareness takes shape. with which today he talks and which he claims with all possible determination. As Frank is, in fact, a real hymn to freedom, a manifesto of emancipation, an invitation to love and make sure for what one is and not for what others want “To try at all costs to please the world / And then become the bad copy of himself “, learning day after day to deal with his own fears and insecurities, to transform them into strengths to face the ruthless world that is always out there” with the finger already pointing to condemn an ​​innocent ” . The electronic sounds of the song, halfway between britpop and urban, hypnotize from the very first chords, creating a disturbing game of balance between the more intimate dimensions of the verses and the disruptive ones of the recorded ones, for a sound that the artist himself defines as “kamikaze”, that is, explosive.

“Come Frank” is your new single, what is it about?

It is a song that celebrates diversity as a synonym of authenticity, which is what makes us unique, special. Diversity is not something to distance yourself from, rather an opportunity for growth, for comparison. We live in a society that stops at appearance and therefore at prejudice, which is not yet capable of going beyond, delving into the human soul to understand the reasons that lead to certain attitudes and ways of being. It is therefore an invitation to tightly defend one’s identity, to always remain consistent with oneself without trying to change or repress oneself just to please others, with the risk of becoming “a bad copy of oneself”, as I say in the text. .

A sense of freedom, the same one I feel when listening to it again or singing it. A freedom that is the result of three years of research in which I tried to resolve inner conflicts, exorcise pain, transform my physical appearance which also coincided with conquering a new perception of myself and the world around me.

I have been absent for three years, a period that is an eternity for the current recording market. I was lucky enough to see a part of that audience reappear on the horizon that I managed to win over until then. An audience that, however, was used to another version of me and that today finds itself in front of an artist transformed in the image, in the sounds, tied to the past only for the voice that remains the only identity code. Therefore I have no precise expectations, better not to have them, because I realize that it is not easy to get that audience used to this change in a short time. But basically it was my goal: to lose track of that artist I was up to three years ago and begin to tell the one of today which is certainly more true, more authentic, more at peace with itself. I do not deny, however, that I would like to win the highest possible number of hearts, to be discovered by an audience as vast and composite as possible. But the journey has just begun….

From a recording point of view, I made my debut in 2013, but I’ve been making music since I was a child. I studied singing, piano, I started writing my first songs at 11. I have participated in national contests of all kinds that have represented my gym, an opportunity to confront myself with the public, to become familiar with them. But I can say that for me the real debut is now, with this song, with this new artistic direction. Today when they call me “artist” I feel fully represented, up to three years I was the first to believe it. Maybe this is the real change!

She Hulk: Attorney at Law – new trailer and release date

Luciano Ligabue: here is the son Lenny, sexier than his father

Overijssel villages are not doing badly: "Just a lot of liveliness"