“Before 6”, Vanessa Wagner’s single from “Study Of The Invisible” 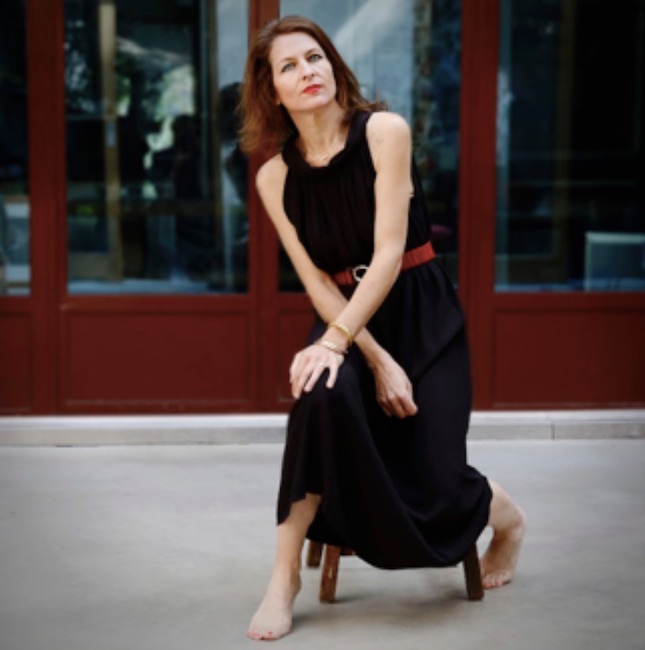 Eclectic and curious pianist, with an original and passionate personality, Vanessa Wagner combines the classical repertoire with contemporary creativity, chamber music and the sound of ancient pianos, as well as innovative projects that alternate art music with video, electronic music and dance. In ‘Before 6‘, the new single from’Study Of The Invisible‘, the album arriving on March 25 on the Infiné Music label, Vanessa Wagner highlights the unclassifiable profile of the Italian pianist and composer Ezio Bosso, who passed away in 2020 due to an incurable disease. ‘Before 6’ plunges the listener into a state of weightlessness, a motionless journey into one’s own solitude, creating a sense of strangeness and mystery typical of the minimalist movement that fits perfectly into the album’s emotional transport. The particularly close microphones capable of amplifying the sounds of the hammers on the strings give this piece a particular closeness and intimacy. Vanessa Wagner’s decision to reinterpret a piece by Ezio Bosso derives from the passion and mastery of the two artists towards classical aesthetic canons and a profound openness to minimal music, a sort of homage by Vanessa to the great Italian composer and conductor. ‘Before 6’, Ezio Bosso’s original song, is taken from his record ‘And The Things That Remain’ released in 2016, a year before degenerative disease prevented him from continuing to play the piano.

After the release of ‘Statea’ (2016) – a duet with Mexican musician and producer Murcof – followed by the solo record ‘Inland’ (2019), Vanessa Wagner in ‘Study of the Invisible’, the album coming March 25 , continues his journey by reinterpreting a contemporary and timeless repertoire that can be defined as ‘minimalist’, but which actually covers a multitude of singular universes and musical personalities often out of the ordinary. In ‘Study of the Invisible’ we find the reinterpretations of Moondog, Philip Glass, Peter Garland, David Lang, Julia Wolfe, Timo Andres, Ezio Bosso, Susanne Ciani, Brian and Roger Eno and others, an exciting inner journey able to combine intensity with control (of touch and sound) and abandonment, looking for the mysterious world that lives behind the score and bringing it to light.

A brilliant French pianist born in Rennes, Brittany, Vanessa Wagner began studying piano at the age of seven. At seventeen she won First Prize at the Conservatoire National Supèrieur de Musique de Paris and in 1999 she received a Victoire de la Musique (the equivalent of the Grammy Awards) as the most promising young instrumental soloist. His reinterpretations of Rameau, Mozart, Haydn, Schumann, Brahms, Rachmaninov, Debussy, Schubert and Berio have achieved excellent recognition in France and abroad. Vanessa Wagner has been awarded as Chevalier de l’Ordre des Arts et des Lettres and has been artistic director of the Festival du Château de Chambord since 2010. Guided by her natural curiosity, she loves to travel through the vast possibilities offered by her instrument of election: the plan, ranging from the most classic works to the most contemporary compositions.

His first performance as a guest of Infinè Workshop dates back to 2010, together with the Mexican producer Murcof on the occasion of Carriére du Normandoux. Six years later the Murcof-Wagner duo released ‘Statea’, an album of interpretations of the minimalist repertoire combining piano and electronics, which was followed by numerous international concerts, from the Barbican and Kings Place in London to the Jazzhouse in Copenhagen to the Philharmonie de Paris , including some Italian events at the Romaeuropa Festival and at the Franco Parenti Theater in Milan. After ‘Inland’, released in 2019 with the Infinè Music label, a reference to John Cage’s ‘imaginary landscape’, Vanessa Wagner continues her exploration of the minimalist repertoire by presenting to her audience rare or unpublished pieces by acclaimed composers, young talents of the piano and personalities that revolutionize the genres of ambient, alternative and electronic scenes with ‘Study of the Invisible’, coming on March 25th.

Bper Banca: “Authorization received from the ECB for a direct controlling stake in Carige”

Matteo: what a slip! The wand fan-coach Fritz. Monfils the tightrope walker