Alex Ricci: the new album “La Verità” is released, made up of images and memories 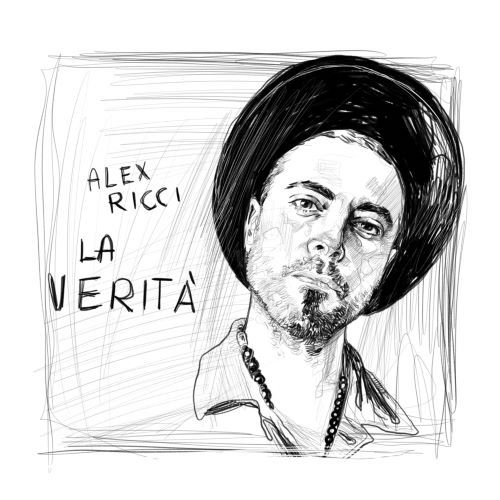 It is called “La Verità” and is the new album by Alex Ricci, guitarist of Après La Classe, out today, Friday 3 December, for Cosmica / ed. Freecom. 11 songs featuring important features such as Erica Mou (La Verità), Carmine Tundo (Cambierà), Aprés La Classe & Corey Harris (They will never be enough), 2Moellers (The roof burned). Halfway between pop and folk with indie and rock suggestions, the record, produced by Raffaele “Rufio” Littorio (Lauro, Emma, ​​Fedez), alternates pages of diary (Tonight I return to you) with wishes (Cambierà), memories of happy moments (Take me away) and lost loves (Every time). But there is also room for memory, such as that of the tragedy of Rigopiano (The snow), which broke the lives of 29 people and which Alex, from Abruzzo, lived with intense pain. Abruzzo is also sung in “Il Gigante”, a song dedicated to the Gran Sasso.

“La Verità” is your new album, what is it about?

“La Verità” is an album made up of images and memories, of completely different songs, which tell a story with a precise sound setting, pop mixed with folk, vintage Rock / Blues sounds supported by electronic ones. Many artists participated in this journey such as Erica Mou, Après La Classe, Corey Harris, Carmine Tundo and 2Moellers, each of them putting in a piece of talent. Everything has been linked and amalgamated by the beautiful production of Raffaele “Rufio” Littorio, he has been able to dig up to the essence of my music, creating a record for me that is beautiful with a current and intimate sound. I especially thank my editors Cosmica and FreeCom for giving me great support in publishing and promoting.

The song “La Verità” tells of when I was a kid, runs and bike rides were the only things that really interested me, freedom is undoubtedly the best memory of those days. What I wanted to convey is just that .. A leap into the past, the feeling of carelessness that you only get when you are a child, perhaps with a bit of melancholy. In the ballad I was lucky enough to be able to involve the talented singer-songwriter Erica Mou, she listened to the song guitar and voice, and it was a magical moment, I am enthusiastic about this collaboration.

We presented “La Verità” in the Teatro Comunale of Atri (Teramo) last December 11, on stage with me there were talented musicians such as Luca Mongia (drums), Nick Di Donato (guitar, sequences and choirs) and Fabrizio Ginoble (tastire ), Special Guests such as Puccia and Giammy of “Après La Classe”, Carmine Tundo of “La Municipal”, 2Moellers, Rocco Ferri and the actors of Terrateatro with a fragment of an incredible theatrical show, it was a magical evening full of emotions , the spectators were enthusiastic and happy to have heard and experienced the new show, this is what I would like to happen every night.

In the studio you can do everything, add a thousand sounds and a hundred tracks, but the fundamental thing for me is that the song reaches people by playing it guitar and voice, in its essence.My project is born from songs, choruses and images, then I start to add more and a very important figure arrives, the Producer, in my case I was lucky enough to work for two years with “Rufio” (guitarist of Lauro, Emma, ​​Annalisa), he did a great job, and together we found a line that both liked.

The tennis season starts, it's up to Sinner: he is the protagonist of Sportweek